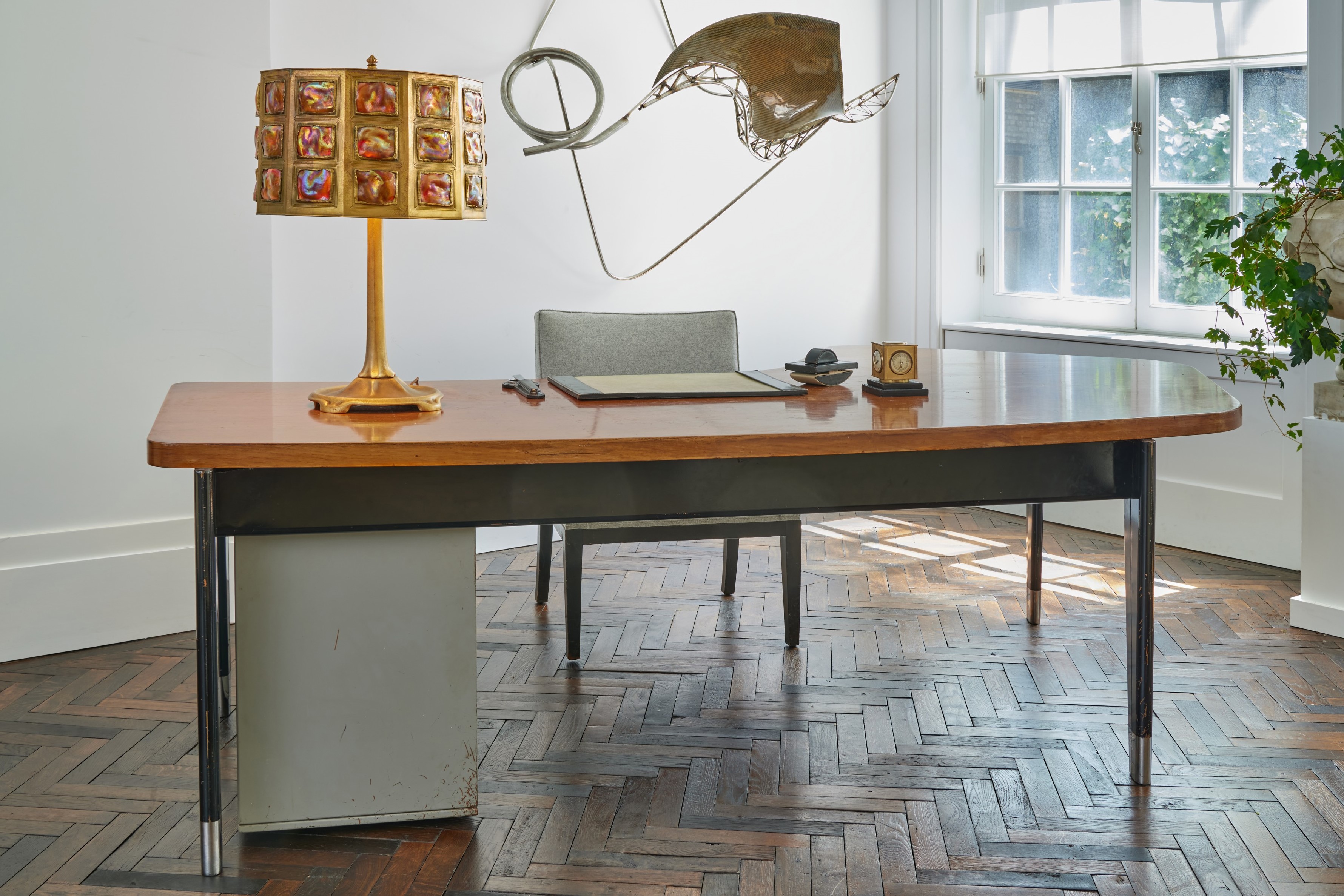 Both within and outside the public sector, Prouvé’s work drew the attention of prominent clients, for whom this model was designed. The form was conceived with company directors and executives in mind and features an expansive top, large enough to be used as both a personal workspace and a conference table. Mounted on the tapered and lacquered metal legs for which Prouvé is known, the desk brings an industrial sensibility to the office interior, simultaneously efficient and flexible, robust and refined. The design proved especially popular among French architects in the 1950s—it was found in the studios of Bernard Zehrfuss, Jean de Mailly, Jean Sebag, André Remondet, Louis Sainsaulieu, and Prouvé himself, who utilized it in his own workshop in Maxéville.

The present example is a rare iteration of the form as it was originally conceived, that is, with a case of drawers. It includes the customary oak veneer most often used on this model. It is one of only approximately 30 "Présidence" desks ever made. Another version of this desk with S.C.A.L. provenance (Société Centrale des Alliages Légers) is held in the collections of the Musée des Arts Décoratifs, Paris.