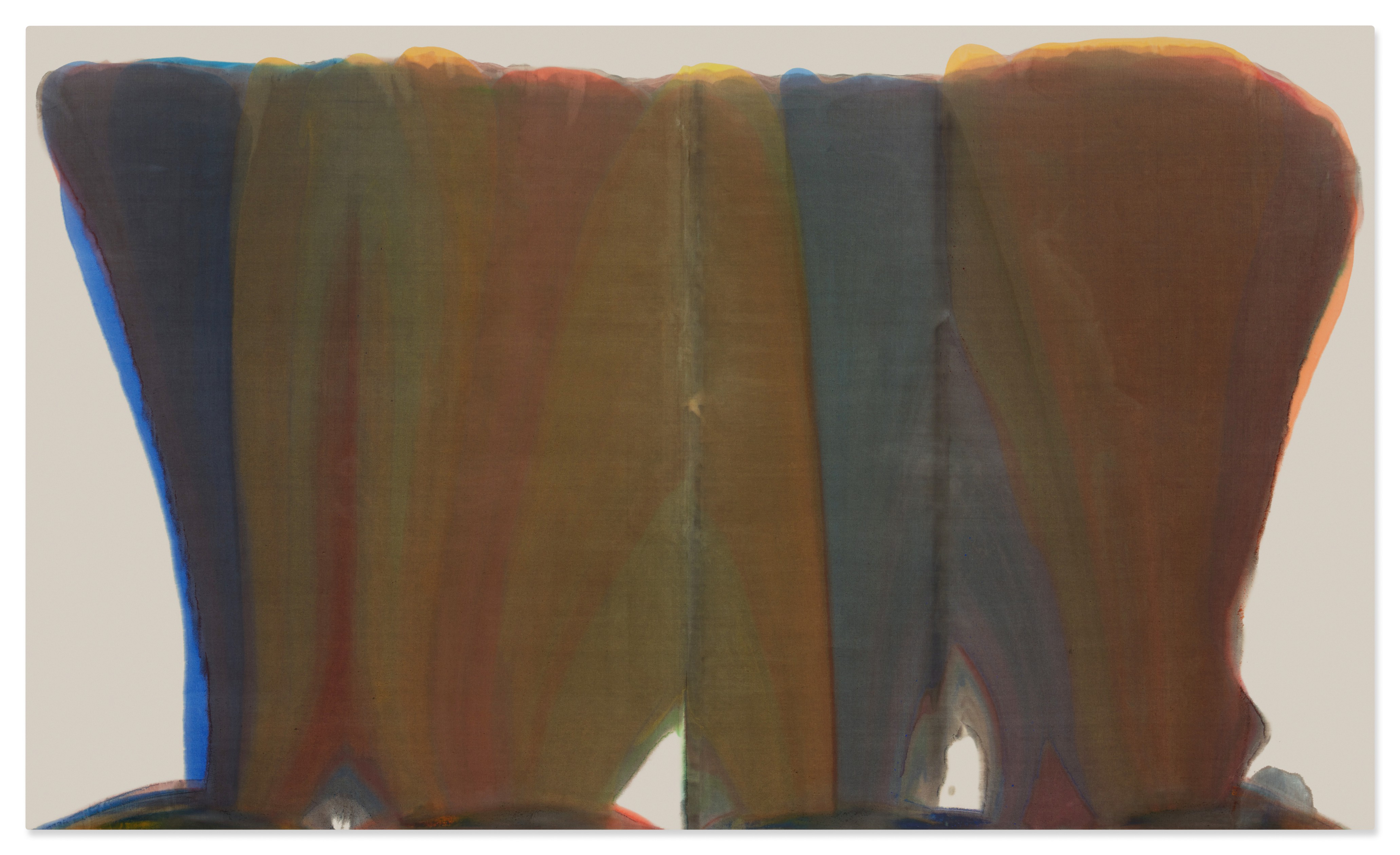 For further information on the condition of this lot please contact contemporarycuratedny@sothebys.com
Estate of the artist
André Emmerich Gallery, New York
Riva Yares Gallery, Scottsdale
Private Collection, St. Louis
Beadleston Gallery, New York
Paul Kasmin Gallery, New York
Acquired from the above by the present owner in February 2002
Diane Upright, Morris Louis: The Complete Paintings: A Catalogue Raisonné, New York 1985, p. 144, no. 130, illustrated in color, and p. 203 (text), back cover
Mario Naves, "The Latest Gasp: Morris Louis' Abstractions," Observer, 6 December 1999 (text) (online)
Michael Brennan, "Painter's Journal," Artnet Magazine, December 1999 (text) (online)
Chicago, Navy Pier, International Art Exposition, May 1981
New York, André Emmerich Gallery, Morris Louis: Major Works, September 1985, no. 3, illustrated in color
Scottsdale, Riva Yares Gallery, Morris Louis: Selected Paintings 1958-62, March - April 1989, no. 2, illustrated in color
New York, Ameringer/Howard Fine Art, Morris Louis: Major Themes, October - December 1999, illustrated in color
With a unique pouring technique, Morris Louis achieved his intensely vivid hues by staining his canvases with Magna, a newly developed form of synthetic acrylic resin which fully penetrated the fabric and completely covered the fibers of his canvas to build glowing fields of voluminous color. Dalet Kuf’s deep palette provokes a fantastic sense of chromatic intrigue. The thoroughly layered composition of poured paint forces its onlookers to intensify and slow their gaze as they move throughout the engulfing landscape of color. The painting invites its viewers on a pictorial quest, scanning for clues around the perimeter of this amorphous form and searching throughout the rich gradients for hints of the unique chromatic ingredients which have melded together to produce the majestic veil. This monumental picture absorbs the viewer with its sweeping arches of poured pigments as rich hues of regal reds and blues emerge throughout the body of Dalet Kuf with lively flecks of beaming yellows peeking out at the edges.

The premise for Morris Louis’ resplendent veil Dalet Kuf was born out of his fastidious methodology that explored methods of paint application in an effort to preserve the picture-plane as a two-dimensional surface. Louis achieved this through an adaptation of a paint staining technique first revealed to him five years after a transformative weekend when Louis and Kenneth Noland traveled together to New York City to meet the preeminent art critic and essayist of the time, Clement Greenberg. As a standout champion of the Abstract Expressionist movement, Greenberg brought Louis and Noland on visits to galleries to view works by Franz Kline and Jackson Pollock, among other artists. Their tour also included a number of studio visits which most notably included that of Helen Frankenthaler. This New York tour proved to become a transformative experience for Louis in terms of his practice and his exposure to the pouring/staining techniques of Frankenthaler opened up a realm of new possibilities for the artist.

His resultant Veils would address formalist concerns of the canvas surface as an expansive, flat, nonfigural field. The Veils also share in the underlying principles contingent to Jackson Pollock’s drip painting, as neither owed recourse to lines, edges, or contours denoting tangible things. (Michael Fried in Exh. Cat., Boston, Museum of Fine Arts, Morris Louis, 1912-1962, 1967, p. 11). In 1954, Louis’s Veil paintings would immediately engage him with one of the most significant artistic circles of the time under the critical direction of Clement Greenberg. Greenberg professed the primacy of maintaining the integrity of formal principles in the basic elements of painting. With his color-stain technique, Louis’s focus on the inherent nature of paint, canvas and color was in sympathy to Greenberg’s teachings, and the critic included the spectral Veils in Louis’s first solo exhibition at French & Company in New York.

Louis began his first series of Veil paintings in 1954 before moving into a somewhat less successful period of increasingly gestural abstract expressionist paintings over the next few years. Louis eventually destroyed most of his paintings from this 1955-57 period and today only one surviving painting bears the date 1955, but Louis’s canvas order receipts for that year indicate that he received 158 yards of canvas. Given the average size of his paintings at that time, he probably destroyed about one hundred paintings made in 1955 and about two hundred more painted in 1956 and 1957. Dalet Kuf was then painted in 1958, a year that marks a pivotal moment in Louis’s career. It was at this time that Louis regained a distinct confidence in his work when he returned to produce a new series of Veils, this time more monumental and majestic than ever. This important series would provide the momentum which would carry the artist to produce a number of masterworks over the next several years of his career and lifetime.