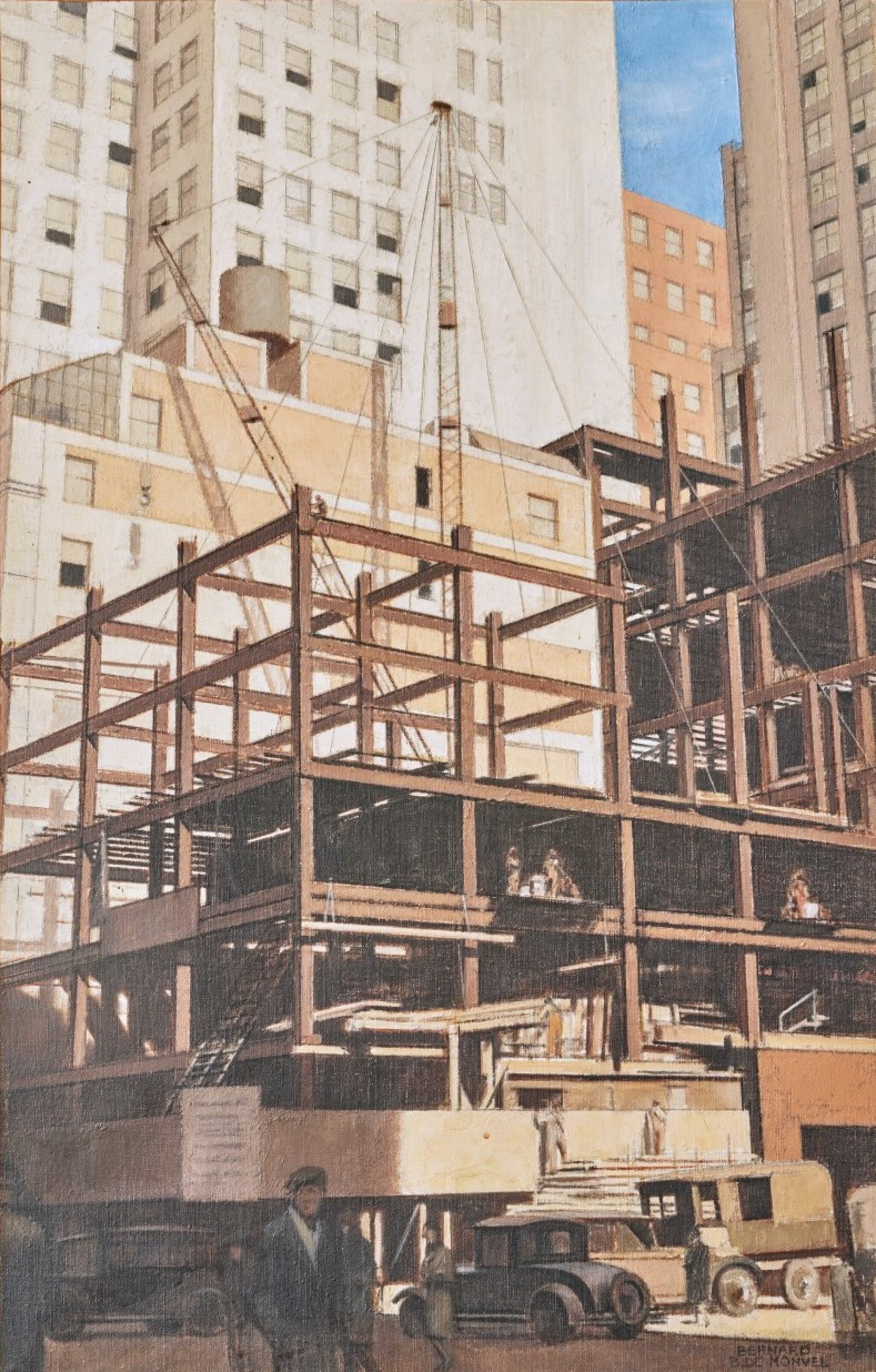 Overall in excellent condition. The painting is in very well-preserved condition throughout. The painted surfaces with a few spotty and scattered varnish spots throughout which are not visible unless closely inspected. The fine paper border around the frame presents with some flaking. The painting is offered together with a brushed aluminum frame. This lot has been inspected under UV light and presents with no apparent evidence of later restoration to the painted surface. One of the artist’s few New York series paintings in exceptionally well-preserved condition overall.

Upon his first trip to New York City at the end of 1926 and beginning of 1927, Bernard Boutet de Monvel became enthused by this “city of windows,” a metropolis in perpetual construction. Using his Kodak Brownie, which never left his side, he took a large number of photographs which served as direct points of reference in the creation of paintings referencing the city’s frenetic urban environment. The present painting, which most likely depicts the construction of the now destroyed Roxy Theater, is no exception and exhibits a slightly tighter composition compared to the original photograph. Using a grid, the artist first relied on the print to create the preparatory drawing, traced in jaune de Naples, before completing the painting on site near the theater.

Following in the footsteps of Charles Sheeler’s Precisionism, which has long been an influential movement for Boutet de Monvel, the painting portrays the modernity of an urban landscape in which human figures are reduced to machines or undefined shadows. Using well-defined lines and heavy geometric planes, only interrupted by the inclusion of the cylindrical volume of a reservoir at the top left corner, Construction of the Roxy Theater is a depiction of America’s Machine Age and the making of skyscrapers, which are now so intrinsic to the urban landscape of the country’s major cities. From a limited series comprising very few works – the artist painted his last New York landscape in 1932 –, this work is remarkable by its composition, its color palette and its excellent condition, and is one of the few to have been fully realized and signed by the artist himself.