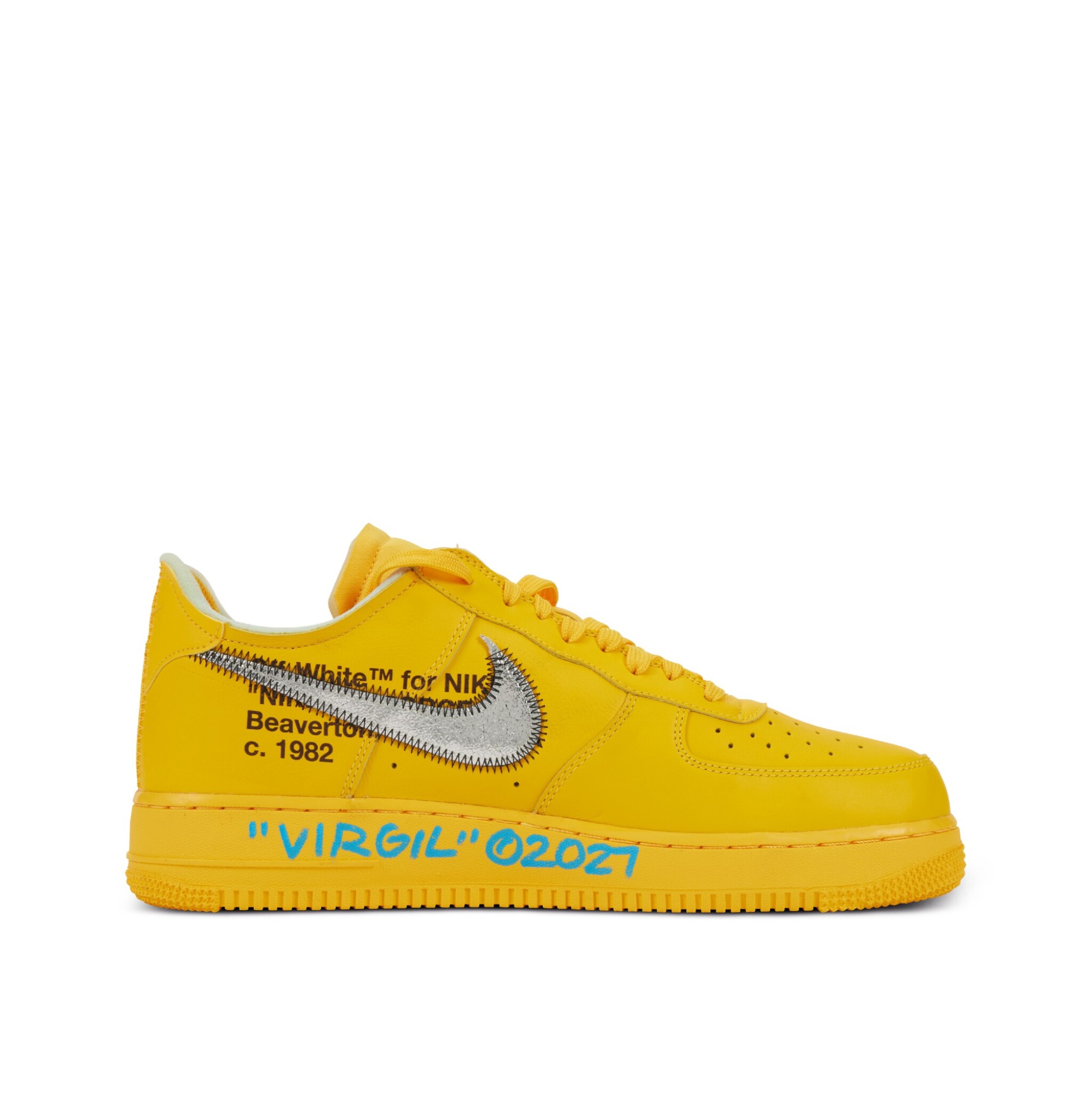 The sneakers are in pristine condition, without any signs of wear and come with the original box.

A New York native, DJ, author and self proclaimed sneaker addict, Garcia has had an impact on sneaker and hip hop culture since the 1990s. At the turn of the decade, Garcia was the Co-host of the iconic ‘Stretch and Bobbito Radio Show’, notable for providing air time to unsigned artists such NAS, Notorious B.I.G, The Wu-Tang Clan, Jay Z, Eminem and The Fugees. Bobbito, and his partner Stretch have been labeled as ‘Hip Hop’s Greatest Tastemakers’ due to their contribution and a noted inspiration for Abloh.

In addition to radio, Garcia was deeply enveloped in the early stages of sneaker culture, writing articles such as ‘Confessions of a Sneaker Addict’, for The Source Magazine, and publishing his 2003,‘Where’d you get those? NYC Sneaker Culture 1960-1987’ book. Beginning in 2005, Bobbito also became the host of ESPN's premiere sneaker show “It’s The Shoes’. An avid contributor to the culture, in 2007 Bobbito landed a seven model collaboration with Nike, featuring four high top and three low top cuts of the Air Force 1.

These shoes are accompanied by a letter from James Spence Authentication in regards to the signatures.