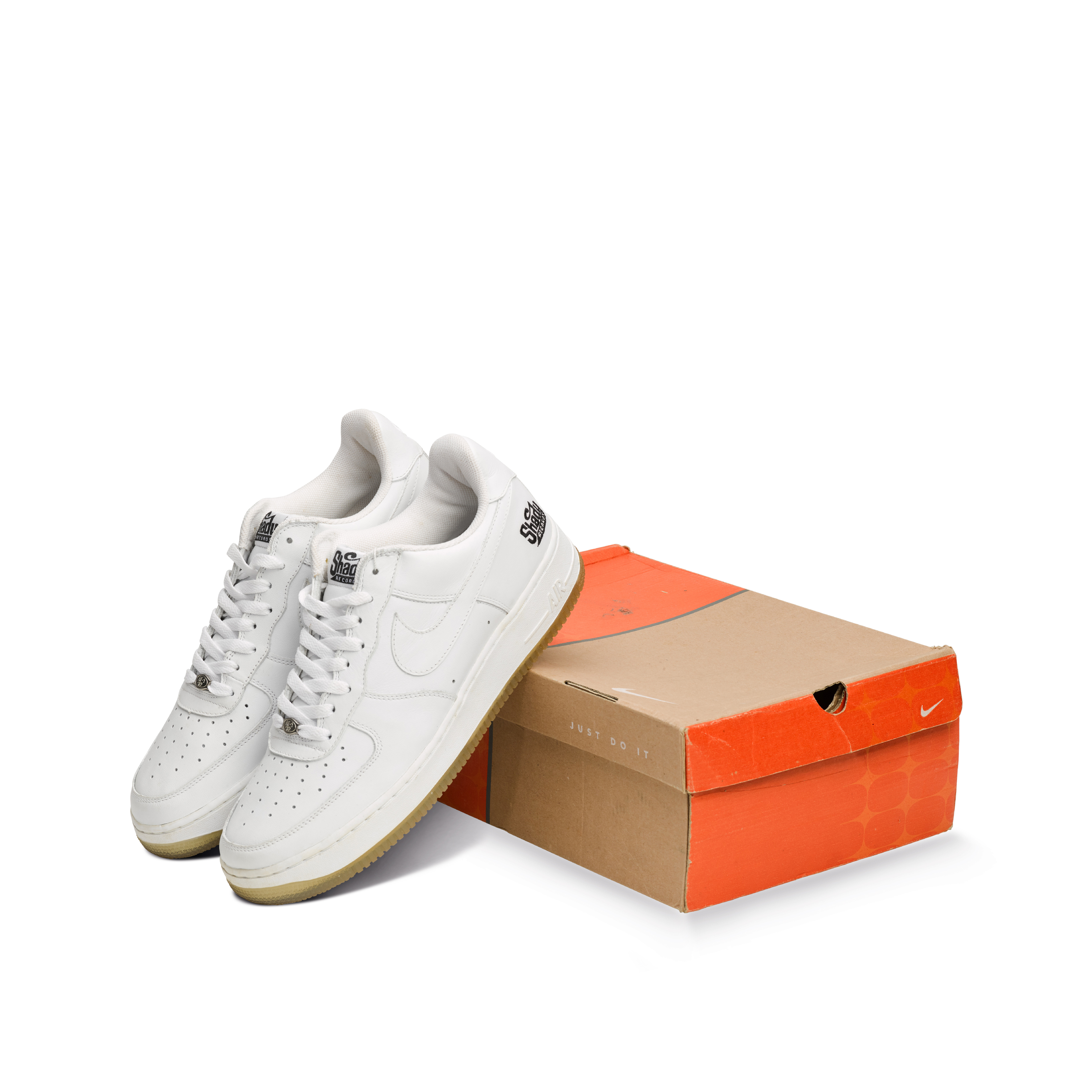 The sneakers are in pristine condition, without any signs of wear and come with the original box.

Released in 2004 for friends and family, the Nike Air Force 1 Low Shady Records was produced exclusively for Eminem and his label in celebration of Eminem’s fourth album, Encore.

The pair features an all-white leather upper with a contrasting black embroidered 'Shady Records' logo on the lateral heel. The label’s logo is also featured on the tongue in place of Nike branding and underneath the translucent gum sole. Featured on the insoles are the names of Shady Records artists including 50 Cent, Obie Trice, and the name of Eminem's rap collective, D12.

The Air Force 1, arguably Nike’s most iconic sneaker, is in many regards, the first of its kind. Previously realized in running shoes, the introduction of Nike’s ‘Air’ technology in the midsole was a revolutionary concept for basketball sneakers. Tasked with bringing the concept to life, designer Bruce Kilgore and an aerospace engineer brought the project to fruition with a hiking boot inspired, ankle strapped, high top. Kilgore’s first basketball sneaker, the Air Force 1 was brought to market in 1982.

Today, through hyped collaborations, unparalleled versatility, and ubiquity in popular culture, Air Force 1s continue to be a fan favorite around the world and one of Nike’s all time best selling sneakers.