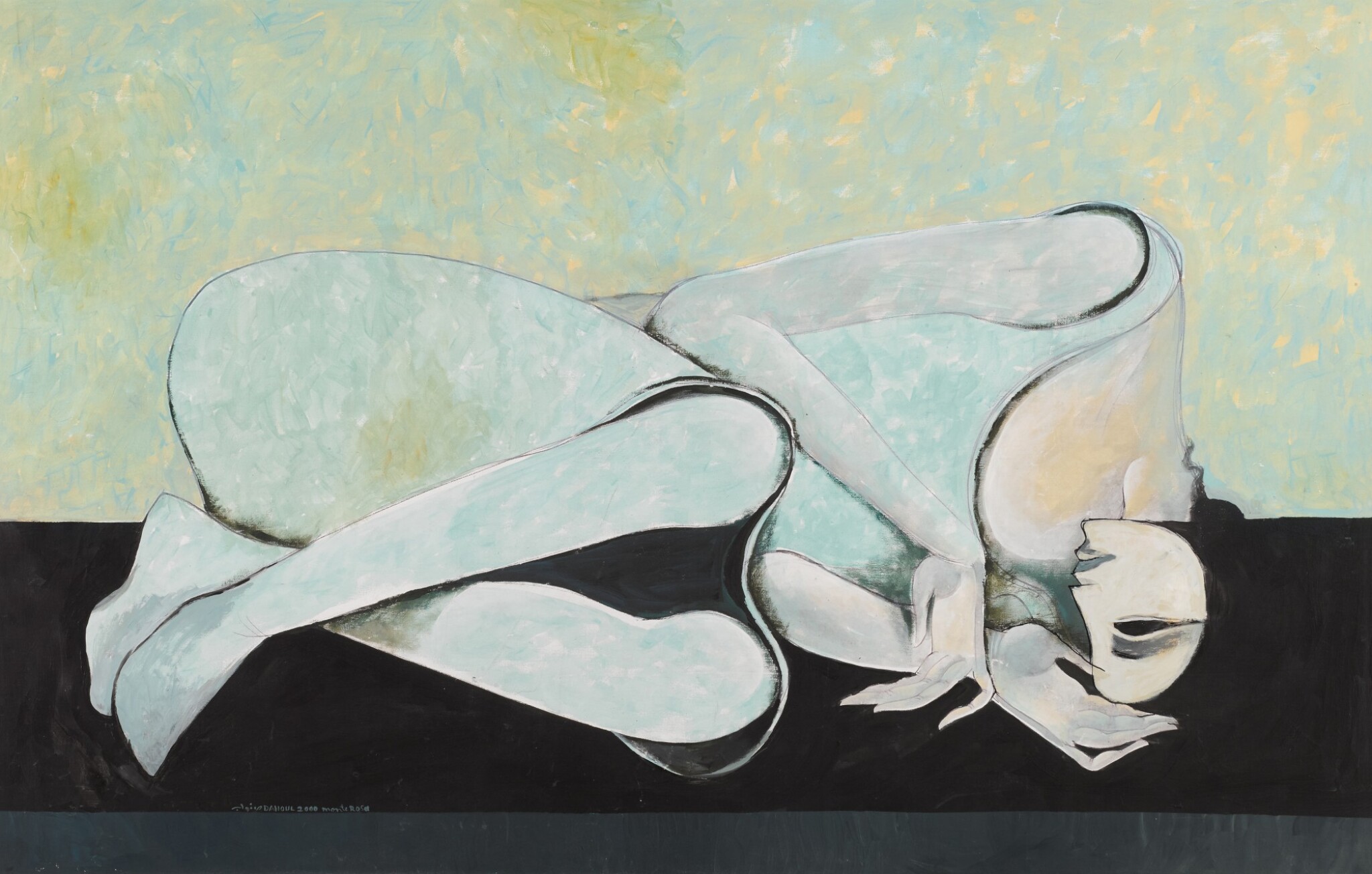 This work is in general good condition, paint applied thinly across canvas, upon close inspection very minor losses particular in sky and on body, as viewed.

The online images may represent colours and shades which are different to the lot's actual colour and shades. Unlike a print catalogue there is no standardized colour profile to enable a constant visual representation for online media. In the absence of an industry certified media colour profile for viewing images online, each device whether it be an iPhone, Samsung, laptop, iPad, etc., will display the images to their own unique device setting, therefore the final visual result will always vary.

Born in 1961 in Hama, Syria, Safwan Dahoul is known for his unique and innovative techniques of figuration, which throughout his three-decades-long career, achieved to describe the fluctuations in feelings and psyche within the Arab world. His wide-ranging influences span from Cubist to Assyrian and Pharaonic art (Samawi & Farhat 2009). By playing with a variety of styles over the years, Dahoul built a potent artistic signature, distinguishable by a melancholic and monochromatic aura. This trademark atmosphere culminated in his seminal Dream series, in which Dahoul investigated the physical and psychological manifestations of feelings of alienation, loneliness and yearning in the course of human life (Ayyam Gallery 2018).

In the present work, the female protagonist personifies the sense of prostration that takes over the body in times of mourning or separation. Her bent silhouette, empty eyes and loose hands emphasize her state of distress, while the empty yet narrow setting confers her minimised silhouette a monumental, almost overwhelming physicality. However, this claustrophobic sentiment is somewhat relieved by the pastel blues and yellows that cover the upper part of the composition, symbolizing an ethereal escape from the dark floor on which lays the heroine. By juxtaposing two contrasting sections on the painting, Dahoul attracts the viewer’s attention on the conflicting feelings possessing the woman’s mind, emphasized by her body language. Both defensive yet surrendered, the painting suggests a form of weariness slowly giving place to serenity.