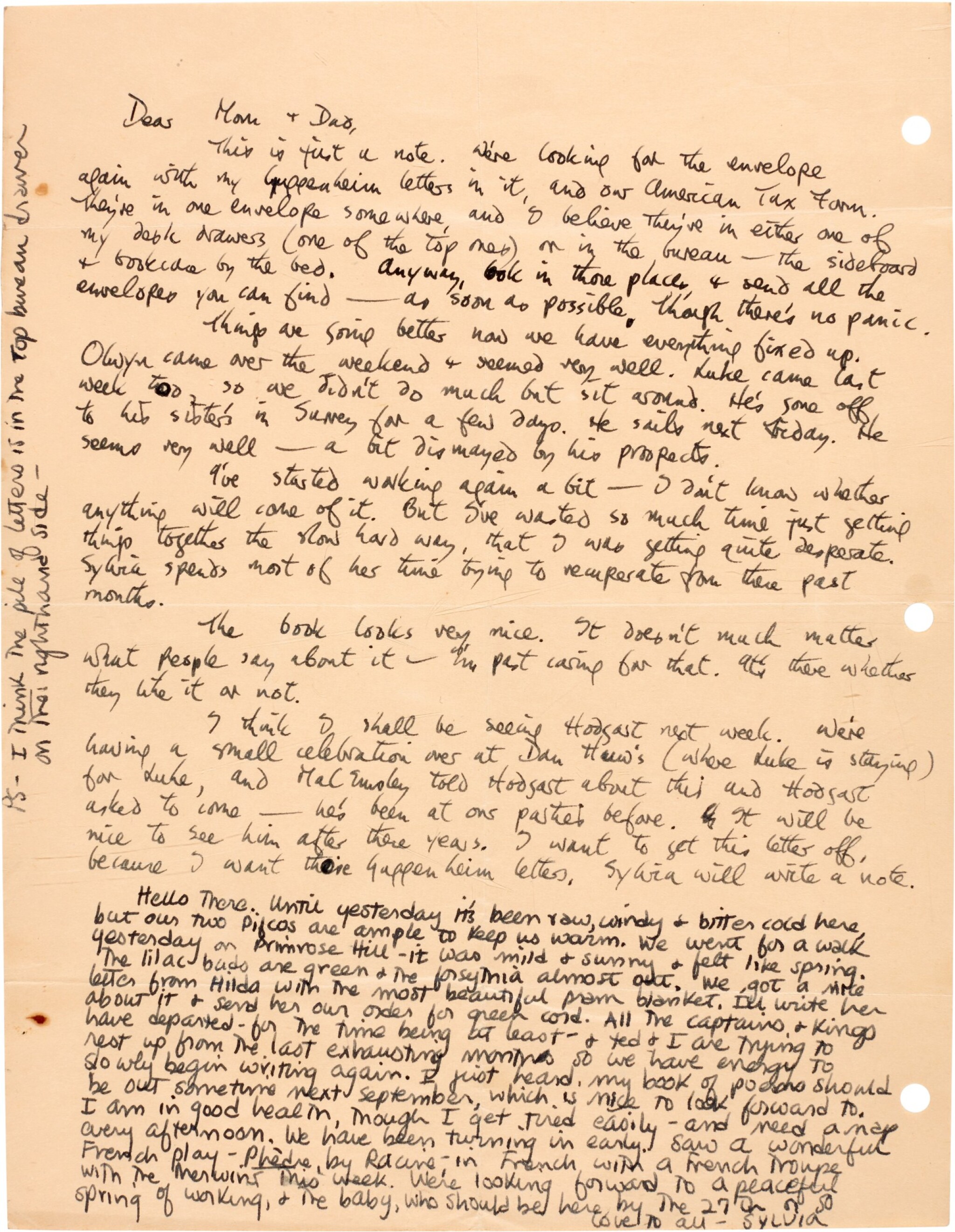 begun by Hughes, on the advance copies of Lupercal ("...The book looks very nice. It doesn't much matter what people say about it - I'm past caring for that..."), explaining that their domestic life in their new flat is "going better now we have everything fixed up", with recent visits from Olwyn Hughes and Lucas Myers, the letter then continued by Plath with news of The Colossus and Other Poems ("...my book of poems should be out sometime next September...") and her exhaustion in late pregnancy, 1 page, folio (275 x 210mm), orange paper with punch-holes, [3 Chalcot Square, London, NW1, 11 March 1960]

"...We went for a walk yesterday on Primrose Hill - it was mild & sunny & felt like spring. The lilac buds are green & the forsythia almost out..."

A JOINT LETTER WRITTEN AT AN IMPORTANT TRANSITIONAL MOMENT IN THE LIVES OF SYLVIA PLATH AND TED HUGHES. The couple had followed their American road trip with an autumn at Yaddo, the writers' retreat, then returned to Britain in December 1959. They moved to their flat in Primrose Hill at the beginning of February and had spent the next weeks cleaning, painting and furnishing. The Chalcot Square flat was to remain their home until the move to Devon in September 1961. A week after they moved in, Plath heard that Heinemann would publish her first collection of poems. Meanwhile Hughes received his advance copies of Lupercal on 23 February. The visits of friends and relatives mentioned in this letter were a cause of aggravation to Plath, who was well into the third trimester of her first pregnancy. Their daughter Frieda (named after Sylvia's aunt, see lots 38-39) was born on 1 April.