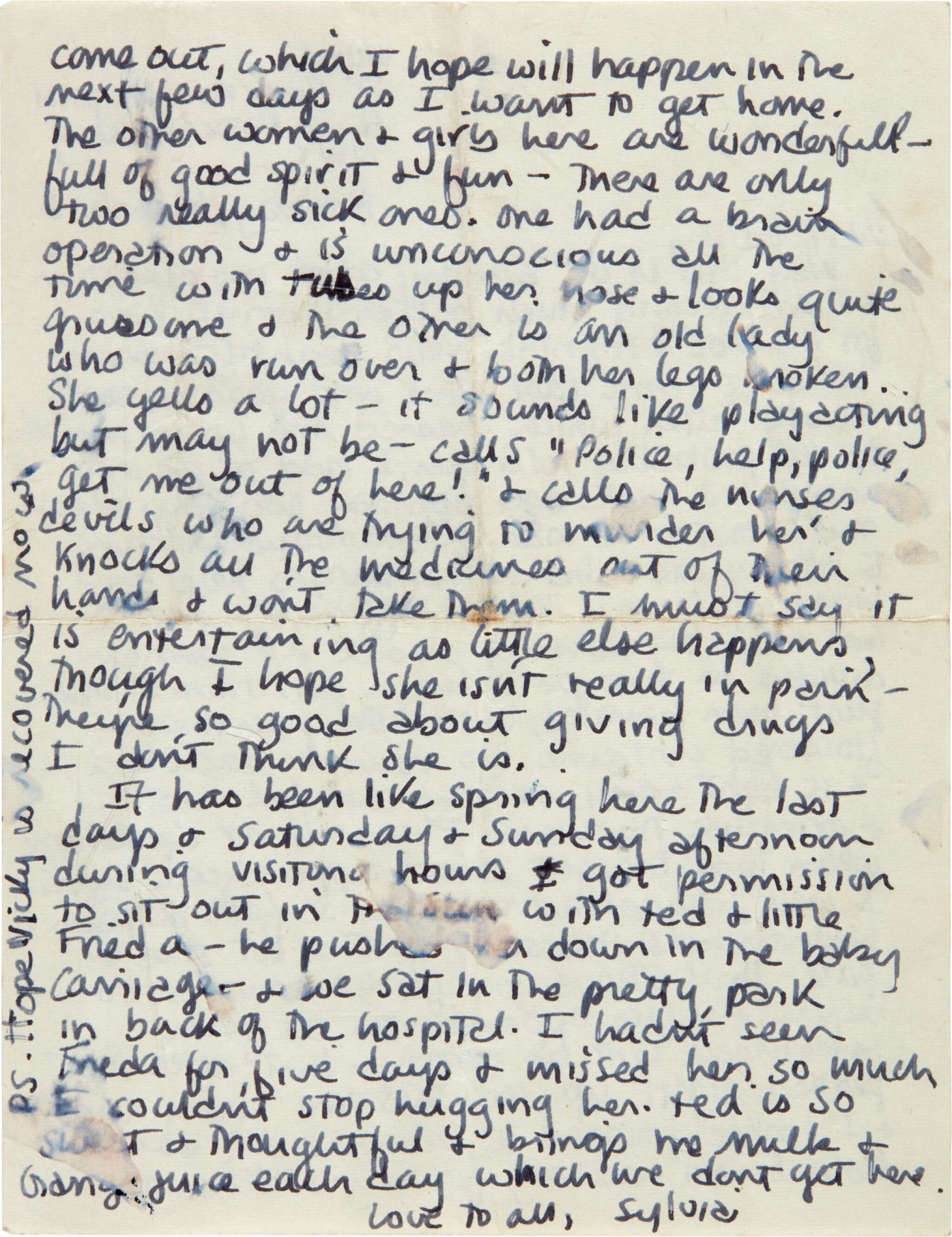 describing her communal ward and fellow patients as she lies in bed recovering from her appendectomy, reassuring her of her good spirits and Ted's kindness, 2 pages, 8vo (177 x 135mm), 6 March 1961, waterstaining resulting in some ink smudging to second page, small wear-hole at centre

"...The other women & girls here are wonderful - full of good spirits & fun - there are only two really sick ones. One had a brain operation & is unconscious all the time with tubes up her nose & looks quite gruesome & the other is an old lady who was run over & both her legs broken. She yells a lot - it sounds like playacting but may not be - calls 'Police, help, police, get me out of here!' & calls the nurses devils who are trying to murder her & knocks all the medicines out of their hands & won't take them..."

Plath's upbeat tone in this letter was partly relief at the success of her operation, partly a result of the rare period of enforced rest, and partly to reassure her parents-in-law - although her precise description of the torment of a fellow-patient reveals something of her darker thoughts. A hospital visit is of course always a period of anxiety, and Plath's surviving journals reveal that she was haunted by memories of her 1953 hospitalisation at Valley Head: "I feel curiously less worried about losing my appendix than being electrocuted" (Journals, p.601). Plath was by now beginning some of her greatest work. Hughes later claimed that The Bell Jar began to take shape in hospital, and it also inspired the poems 'In Plaster' and, above all, the masterful 'Tulips':

"The tulips are too excitable, it is winter here.

Look how white everything is, how quiet, how snowed-in.

I am learning peacefulness, lying by myself quietly

As the light lies on these white walls, this bed, these hands."

waterstaining resulting in some ink smudging to second page, small wear-hole at centre