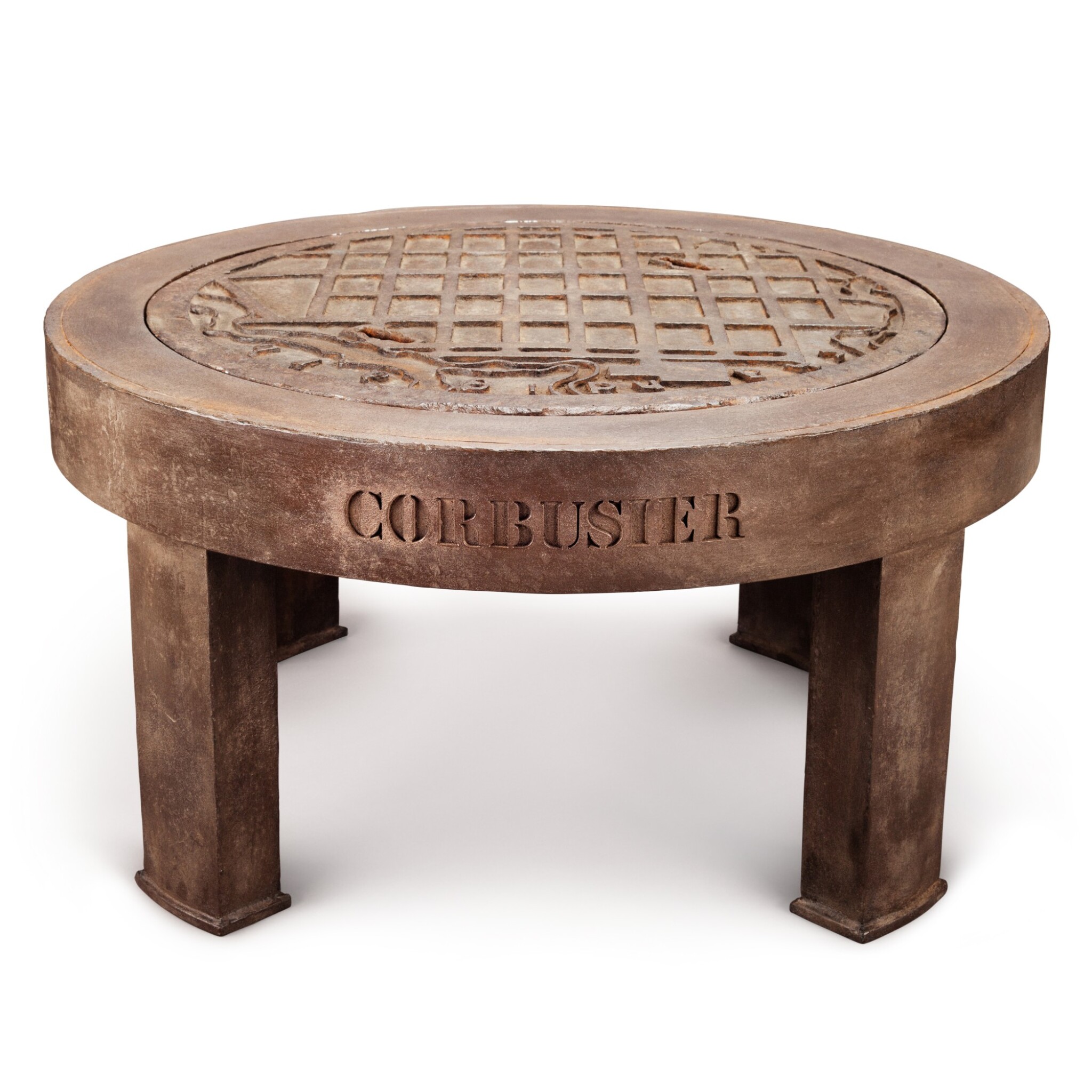 later mounted with a bespoke table base which is cast 'Corbusier'

Cover: Shows signs of wear as a result of street installation as you would expect. Stand: Generally good. Solid. Prospective buyers should be aware that the piece is of some weight (approx. 140kg in total).

The ‘new’ city of Chandigarh, in the foothills of the Himalayas, in the Punjab, was commissioned by Nehru, the first Prime Minister of independent India in the 1950's.

Le Corbusier (1887-1965), the architectural visionary drew up the master plan. On his first visit to the area he was enraptured by the unity of life in India and during his week-long stay he filled thirty-two pages of his large sketchbook with the main concepts; the architecture was to be "Neither English, nor French, nor American, but Indian".

Le Corbusier's second in command was Pierre Jeanneret who had the understanding and technical ability to realize the dreams of Corbusier. With many parks and water features, the city is based on rectangles, or sectors, which are intended to be self-sufficient neighbourhood units bound by roads, and every aspect of the city, every tiny detail, was designed for Chandigarh including all the street furniture and the present lot which features the master plan of India's first Modernist city.