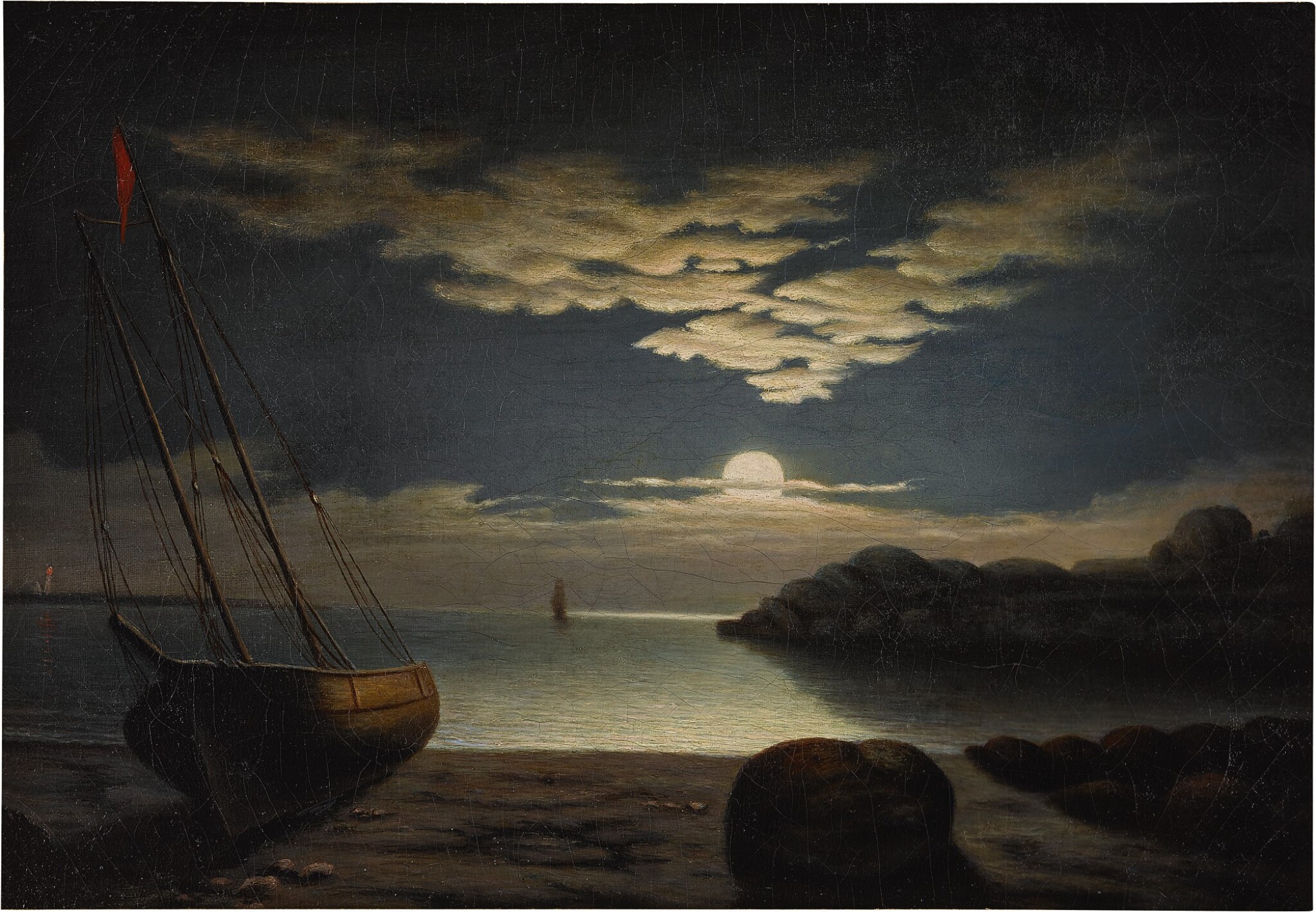 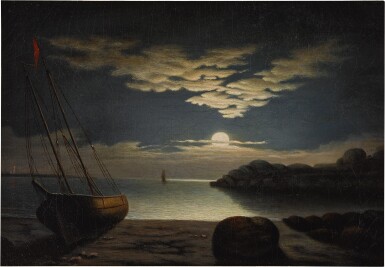 The work is lined with wax, the original tacking edges trimmed and tacked over modern stretchers. There are frame abrasions along the extreme outer edges. There is surface cracking throughout and the surface of the work appears to be slightly dirty. Under UV: there appear to be clusters and scattered pindots of inpaint throughout the darker colored pigments of the sky as well as a few small spots of inpaint in the base of the ship at lower left. The work retains an uneven varnish.

Childs Gallery, Boston, Massachusetts
Acquired by the present owner from the above, 1967
The present work is one among a series of moonlight seascapes the artist produced throughout the 1870s. According to John Wilmerding, "most of Mellen's moonlight paintings are views across Gloucester Harbor, with the lighthouse on Ten Pound Island in the far left distance" (John Wilmerding, Fitz Henry Lane & Mary Blood Mellen: Old Mysteries and New Discoveries, New York, 2007, p. 42). The present work follows the same compositional format as Mellen's others from the period: rendered with ambient light, amorphous rocks which form the Gloucester coastline and a beached ship parked on the shore. A major work by Mellen of the same subject, Moonlight, Gloucester Harbor, 1870s, can be found in the collection of the Shelburne Museum, Shelburne, Vermont.