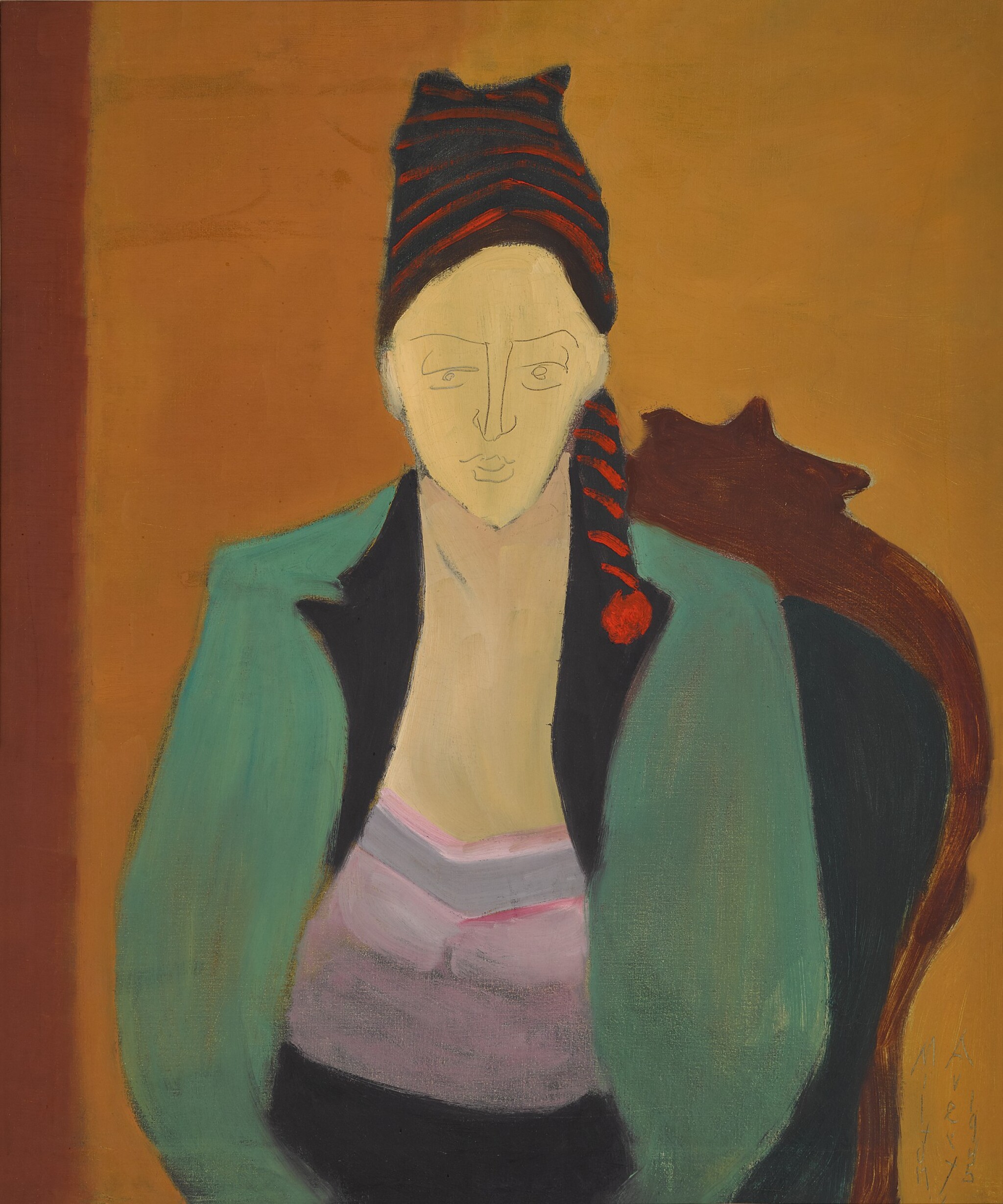 This lot is accompanied by a letter of opinion from the Milton and Sally Avery Arts Foundation, New York.

Thomas Gibson Fine Arts, London
Acquired by the present owner from the above, 1981
Painted in 1945, Girl in Stocking Hat represents an essential point in Milton Avery's career, in which he established his highly acclaimed, mature style. Upon meeting famed French avant-garde art dealer Paul Rosenberg in 1944, Avery was introduced to modern European artists and their abstract ideals. Fueled with inspiration and a new understanding of abstract representation, the artist's style underwent a dramatic change in the mid-1940s. Avery did however not mimic these European artists, but rather incorporated their influences into his style, culminating in important works such as Girl in Stocking Hat.

Barbara Haskell explained, "Rosenberg's proclivity for taut structure and architectonic solidity encouraged Avery to emphasize these aspects of his work. He replaced the brushy paint application and graphic detailing that had informed his previous efforts with denser more evenly modulated areas of flattened color contained with crisply delineated forms. The result was a more abstract interlocking of shapes and a shallower pictorial space than he had previously employed. Avery retained color as the primary vehicle of feeling and expression, but achieved a greater degree of abstraction by increasing the parity between recognizable forms and abstract shapes" (Barbara Haskell, Milton Avery: Paintings from the Collection of the Neuberger Museum of Art, New York 1994, pp. 8-9).

In the present work Avery’s creative use of bold, contrasting colors and innovative absence of visual depth are evident. The sitting figure and the minimalistic setting are expressed in vivid hues, creating a conversation between line and shape. In 1952, the painter discussed his sophisticated use of color, "I do not use linear perspective, but achieve depth by color – the function of one color with another. I strip the design to the essentials; the facts do not interest me as much as the essence of nature" (as quoted in Robert Hobbs, Milton Avery: The Late Paintings, New York 2001, p. 51).

In Girl in Stocking Hat the titular stocking hat represents the most pronounced part of the motif, with its opaque, dark blue silhouette cut delightfully by stripes of dashing bright red. The character’s pale green coat, lavender shirt, and the rusty orange backdrop, not only manifest Avery’s skills as a colorist, but also adds a contemporary feel to the setting. The larger fields of color further demonstrate a technique Avery perfected during this late part of his career; applying oil paint thinned with turpentine in thin washes to create subtly veiled layers. The face of the figure in Girl in Stocking Hat is on the other hand blank, with just thin schematic marks to suggest facial characteristics. This formal approach to the emotional side of human nature are evident in several seminal portraits by Avery, himself a quiet man in his life and work, though a pictorial poet of the highest order.