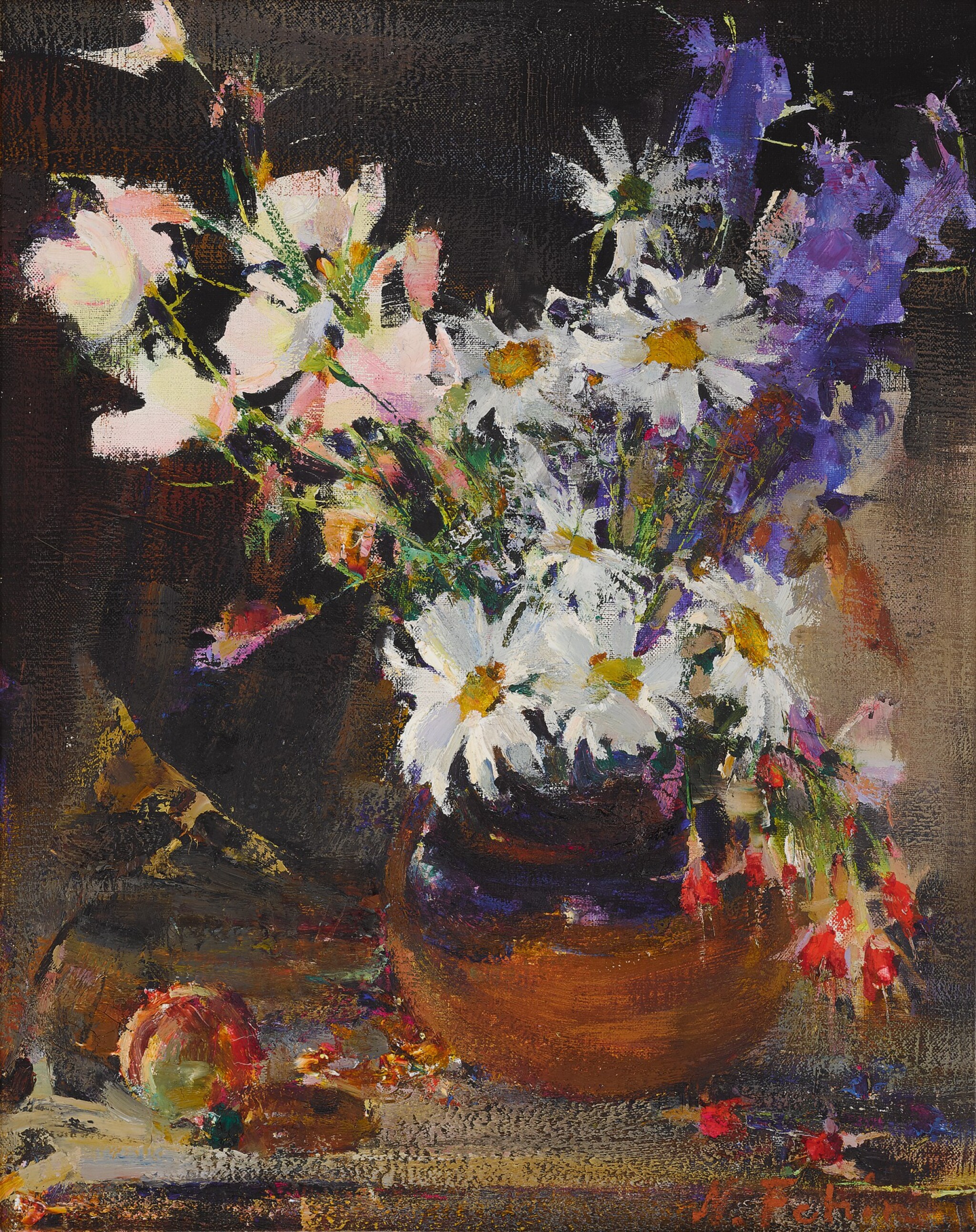 We wish to thank Galina Tuluzakova for her assistance cataloguing this lot.

The work is unlined and appears to retain the original stretchers. The canvas is bulging slightly throughout. Under UV: although some pigments read strongly, the appear to be the artist's original.

Hammer Galleries, New York
Private collection, New York, circa 1960-70 (acquired from the above)
By descent to the present owner

The following note has been prepared by Galina Tuluzakova and has been translated from Russian:

In the American period of Nikolai Fechin's work, especially after his move to Los Angeles in 1934, floral still lifes began to take a large place. Lilies, calla lilies, nasturtiums, pansies, mallow orchids, irises, poppies, which he often composes in bouquets with daisies. Compositions are usually unpretentious - in the center or slightly shifted from the central axis there are ordinary ceramic or glass vases with flowers and small objects (fruits, fallen petals, dishes) that set the scale and emphasize the firmly marked horizontal plane of the table. But in this simple scheme, the artist plays out a picturesque extravaganza that amazes with the variety of color and textured contrasts and comparisons, the combination of calculated accuracy of the drawing and perspective construction with spontaneous freedom of writing. The artist's favorite plastic game, when open pasty strokes mold the shape of an object, then dissolve in the pulsations of the painterly dough and immediately gather again into a specific image, giving Fechin's still lifes not just dynamics, but explosive, impulsive, lively energy. All these qualities are inherent in Floral Still Life, the stylistic features of which allow us to attribute it to the mid-1930s.