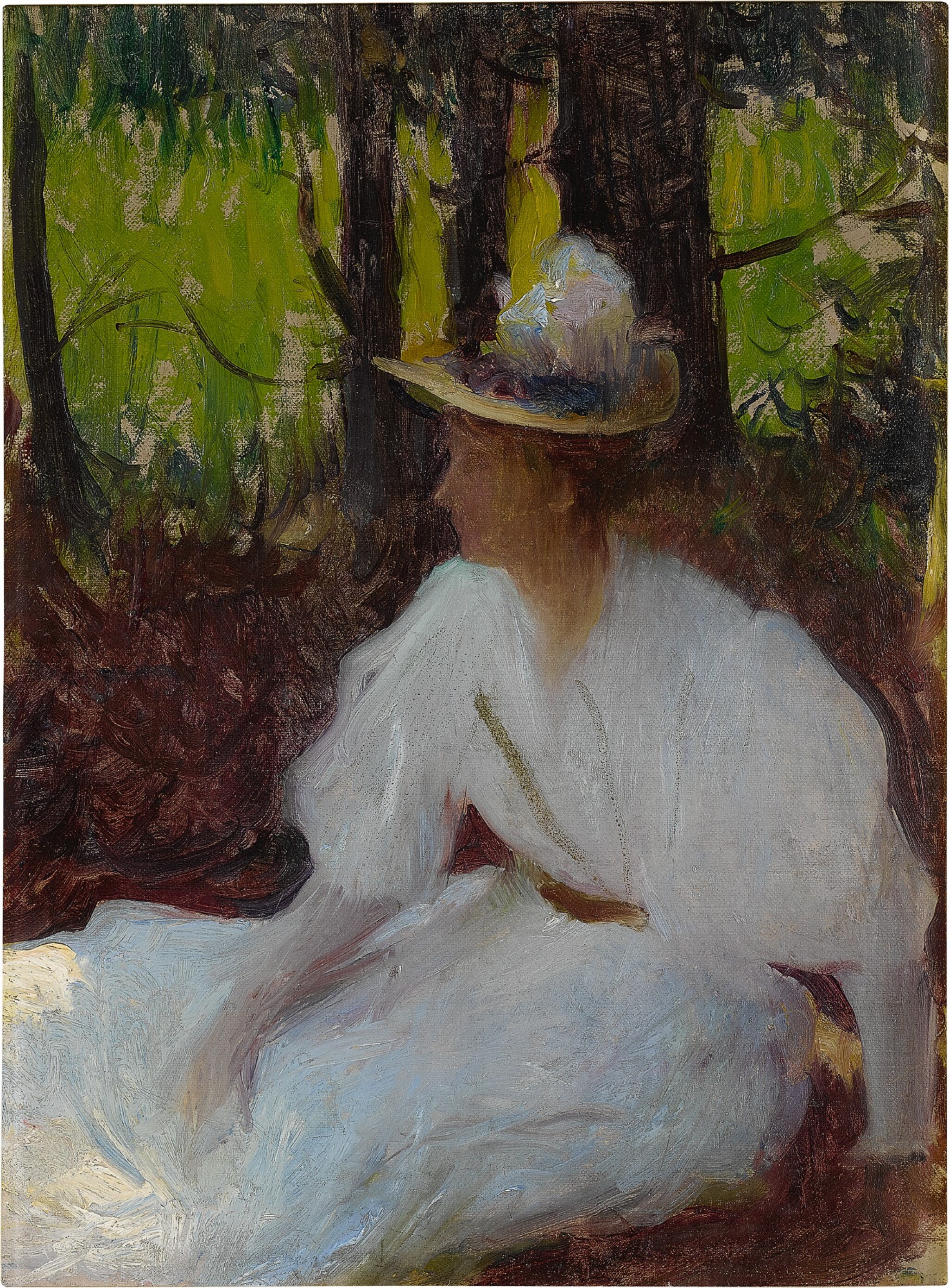 The work is unlined and appears to retain the original stretchers. There are frame abrasions along the extreme outer edges with a few corresponding flake losses. Under UV: there appear to be some scattered pindots of inpaint in the background landscape in the upper right quadrant as well as a few additional very minor pindots in the figure's face and small spots in the figure's proper left arm.

Faith Andrews Bedford wrote about the present work, "A small study of Benson's wife, Ellie, sitting in a wooded glade at the edge of a meadow illustrates the elements he found so captivating. Ellen in the Woods is a rare work, for of the many sparkling, outdoor paintings Benson did at North Haven, his wife is featured in only two: this one and Evening Light (Cincinnati Museum of Art, Cincinnati, Ohio)." (Faith Andrews Bedford, Frank W. Benson: American Impressionist, New York, 1994, p. 126)

She continues, "Benson had begun this study hoping to use it as an aid in the completion of a larger work. But Ellie refused to pose again for a final canvas, and Benson did not feel he could do justice to the sitter and the dappled forest light by using the study as a model. The small painting was Benson's personal favorite; it hung in his studio for many years. In the late 1920s, when he began to teach his oldest child, Eleanor, to paint he gave her Ellen in the Woods as an example of plein-air painting. It encompasses all the broken prismatic light and sparkling color of his larger paintings on this period." (ibid, pp. 126-27)