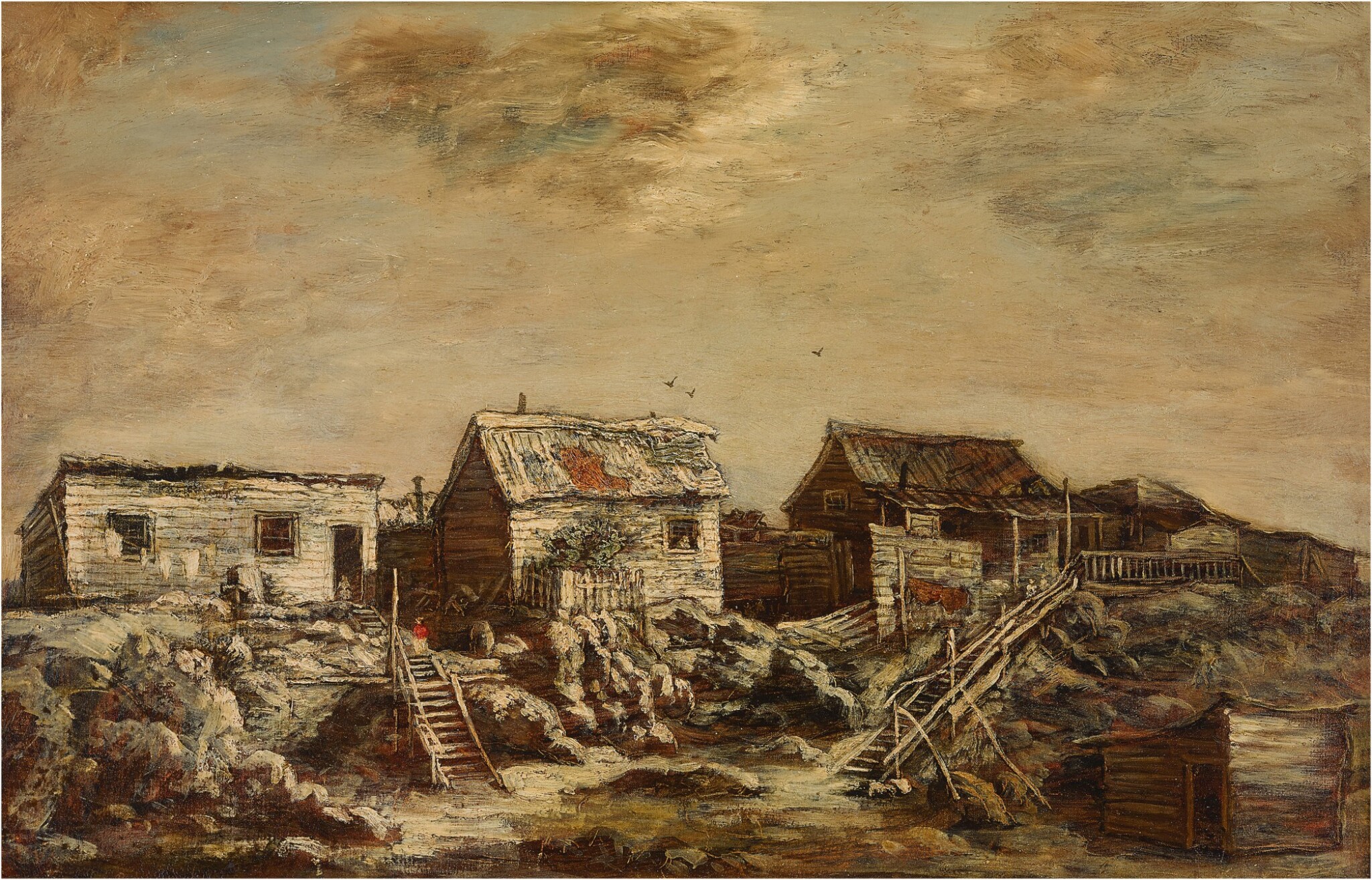 This painting is included in the Sheldon Memorial Art Gallery, University of Nebraska, Nebraska Blakelock Inventory as NBI-463, category II.

The canvas is wax lined, the original tacking edges trimmed and affixed to modern stretchers. There are frame abrasions along the extreme outer edges. A remnant of the original wooden stretcher is mounted to the stretcher and is inscribed "National Democratic Club." Under UV: there appear to be scattered pindots and a few small spots of inpaint throughout the sky and along the extreme outer edges to address frame abrasions. The work retains an uneven varnish.