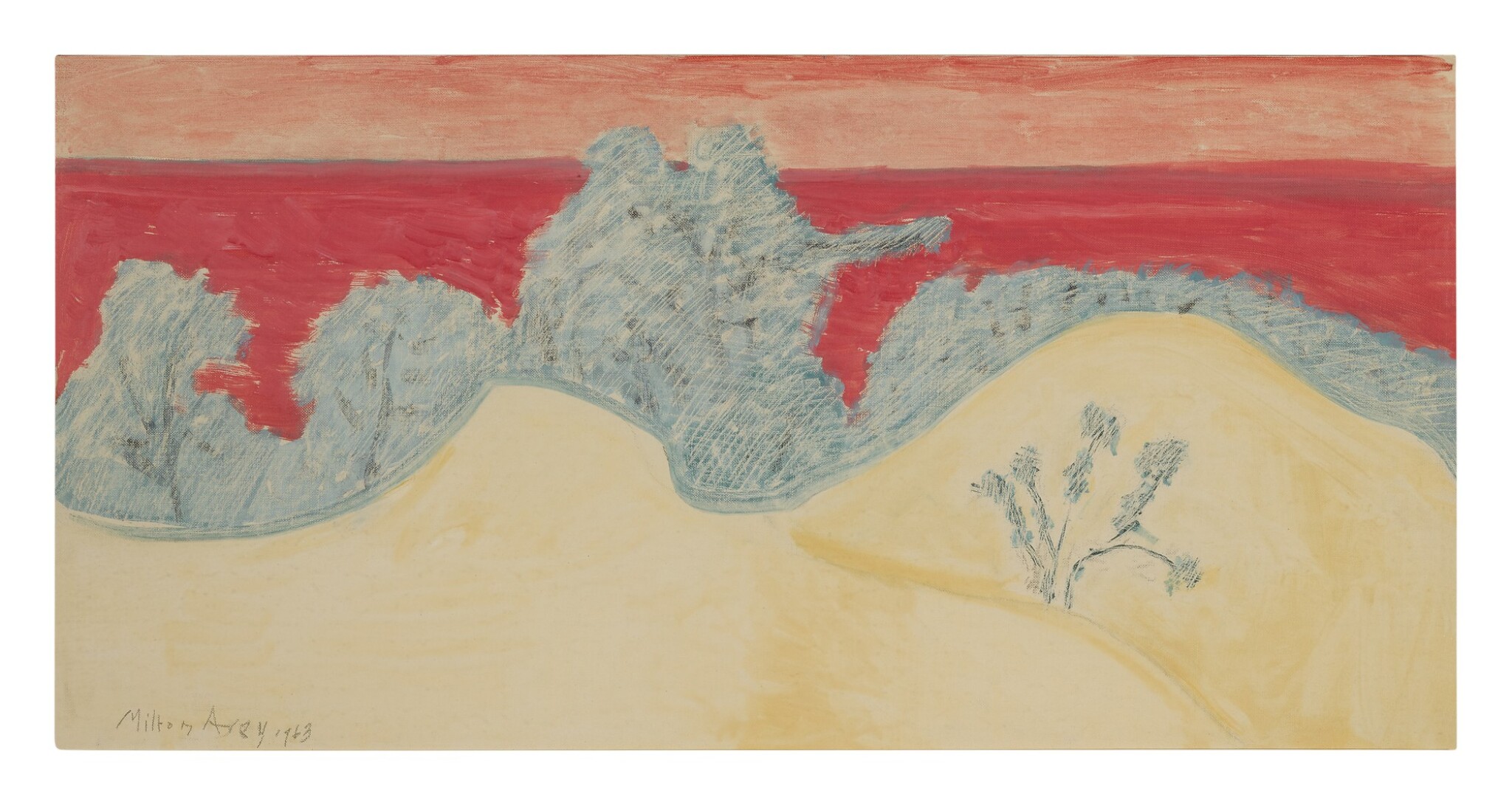 oil and pencil on canvasboard

This lot is accompanied by a letter of opinion from the Milton and Sally Avery Arts Foundation, New York.

There are minor frame abrasions at extreme outer edges and a few scattered surface accretions throughout. Under UV: There appears to be minor inpainting to address frame abrasion along the bottom edge. Although some pigments fluoresce, they appear to be the artist's original.

Dunes and Red Sea is an important example of the artist's mature style that developed during the 1950s-60s. This body of work completed later in his career is reminiscent of the Color Field paintings that were popularized by his contemporaries and close acquaintances, among them Helen Frankenthaler and Mark Rothko. The achievements of such important abstract painters were mirrored in Avery's own stylistic evolution during the period -- his subject matter now reduced in form and enlivened by rich color harmonies.

The deconstructed and dramatically simplified elements of land, sea and sky in Dunes and Red Sea are suggested by flattened planes of color but Avery still maintains the illusion of depth by implementing a bold horizon line through center. This horizontal division of the canvas was one of the artist’s preferred compositional devices in the 1950s and 1960s, replacing the slanted diagonal planes he favored in earlier decades.

When interviewed in 1952, the artist explained, "I always take something out of my pictures . . . I strip the design to essentials; the facts do not interest me as much as the essence of nature" (as quoted in Chris Ritter, “A Milton Avery Profile,” Art Digest, vol. 27, December 1, 1952, p. 12). Indeed, his work from the last and most important period of his career, demonstrates an evolution in style, technique and intent that serve to position Avery as one of the earliest American practitioners of chromatic abstraction.