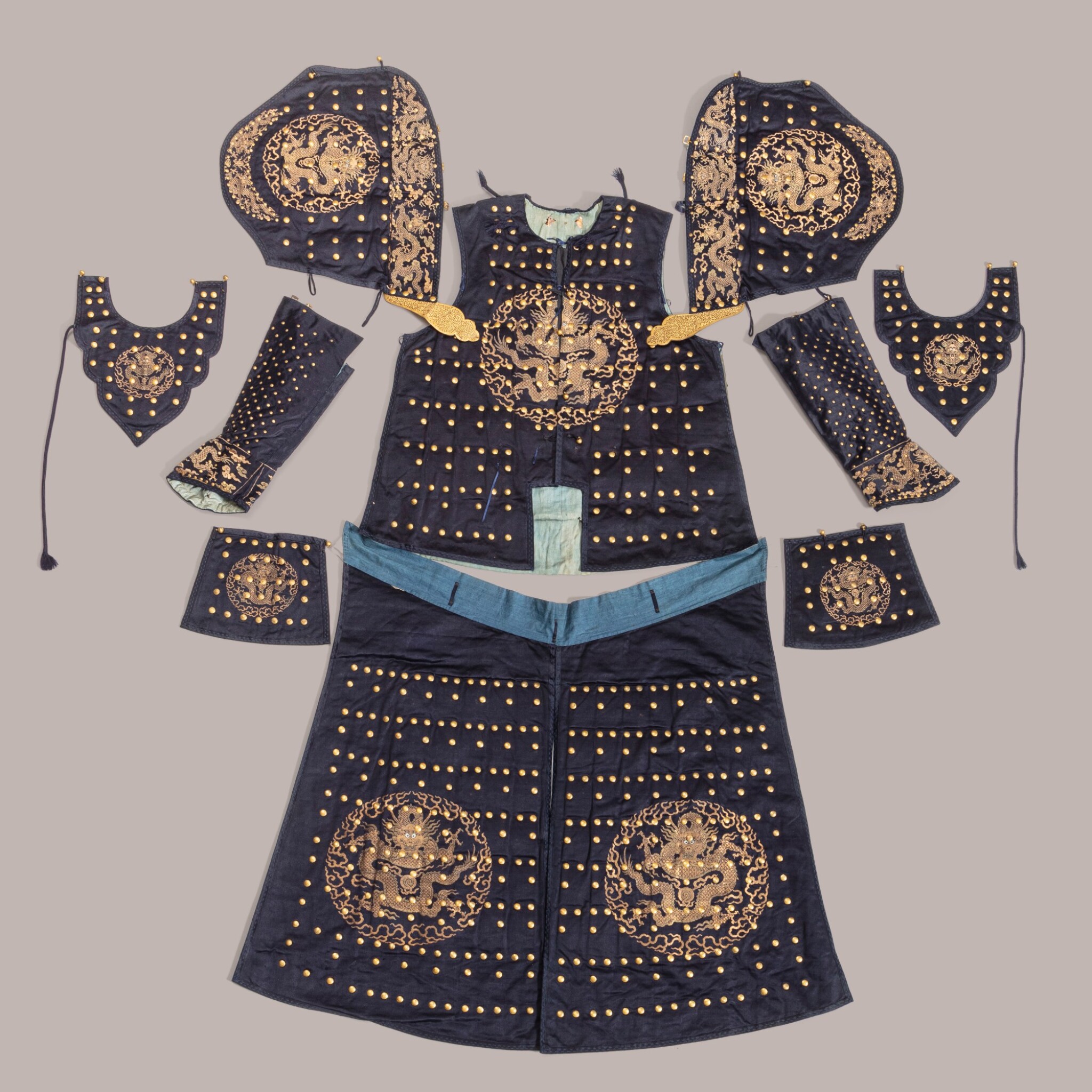 A suit of ceremonial armour

comprising a brass-studded navy jacket and apron with associated detachable panels and gilt metal mounts, the armour made of cotton-padded satin lined with blue silk, embroidered with dragon roundels in gold thread

John E.Vollmer, Silk for Thrones and Altars, Chinese Costumes and Textiles from the Liao through the Qing dynasty, Myrna Myers, 2003, Paris, no. 37.

John E.Vollmer編《 Silk for Thrones and Altars, Chinese Costumes and Textiles from the Liao through the Qing dynasty》, 2003年, 巴黎, 圖版37

Ceremonial suits of armour such as the present piece were an essential part of the imperial wardrobe during the Qing dynasty (1644-1911). Throughout the year, a wide range of ceremonies were held in the Imperial Palace and hundreds of people were called to assemble in the great courtyards to take part in official rituals. According to Valery M. Garrett, Chinese Clothing: An Illustrated Guide, Oxford, 1994, p. 122, armour of this type was made in the imperial workshops in Hangzhou, the centre of silk manufacturing, at that time.

Participants of different ranks were distinguished by the design of their armour. The present set, made of satin padded with cotton, lined with blue silk and embroidered with four-clawed dragons in roundels, suggests that it might have been worn by a member of the imperial nobility or a high-ranking official. A related 18th-century ceremonial armour made for a high-ranking military official, embroidered with four-clawed dragons and additional cloud scrolls and crashing waves between the roundels, is preserved in the Metropolitan Museum of Art, New York (accession no. 36.25.5).