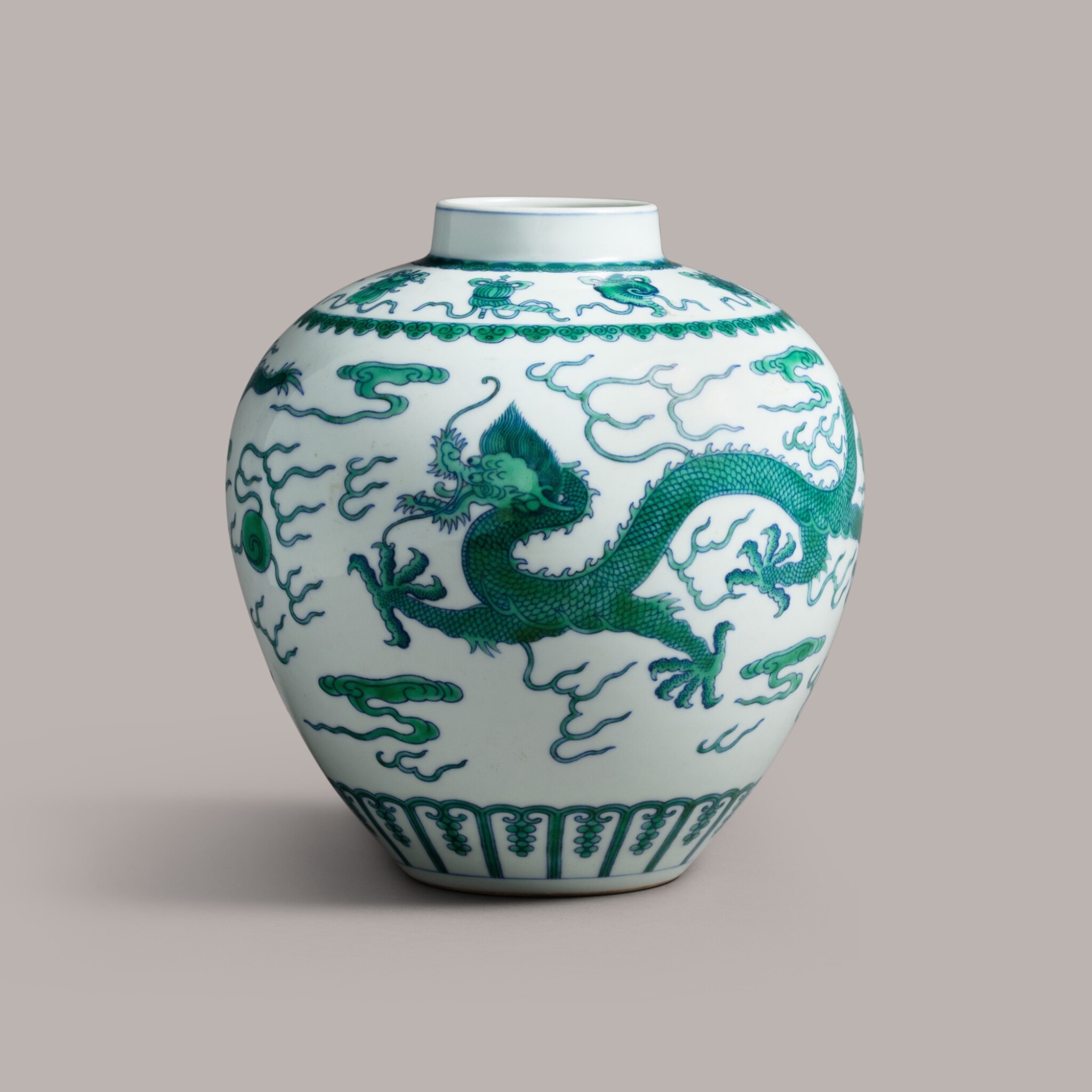 Mark and period of qianlong

the globular tapering body rising to a rounded shoulder set with a short straight neck, decorated in green enamel with a pair of ferocious dragons, each chasing a 'flaming pearl' amongst scrolling clouds, all beneath a frieze of bajixiang, the recessed base inscribed in underglaze-blue with the six-character reign mark

This jar with its green-enamelled dragon motifs represents one of the archetypal examples of imperial porcelain. The pattern was first created during the Chenghua period (1465-1487) and remained popular throughout the Ming (1368-1644) and Qing (1644-1911) dynasties. While in the Ming period dragons were mostly incised and reserved in the biscuit before being enamelled in green, in the Qing dynasty they were outlined in blue under the glaze and covered with green washes over the transparent glaze. Various types of ‘green dragon’ wares were produced over the centuries, including jars, bowls and dishes.

Closely related vessels are held in public and private collections; see, for example, one in the Nanjing Museum, illustrated in The Official Kiln Porcelain of the Chinese Qing Dynasty, Shanghai, 2003, p. 271; and another in the Tianminlou Collection, illustrated in Chinese Porcelain. The S.C. Ko Tianminlou Collection, vol. 1, Hong Kong, 1987, pl. 114.