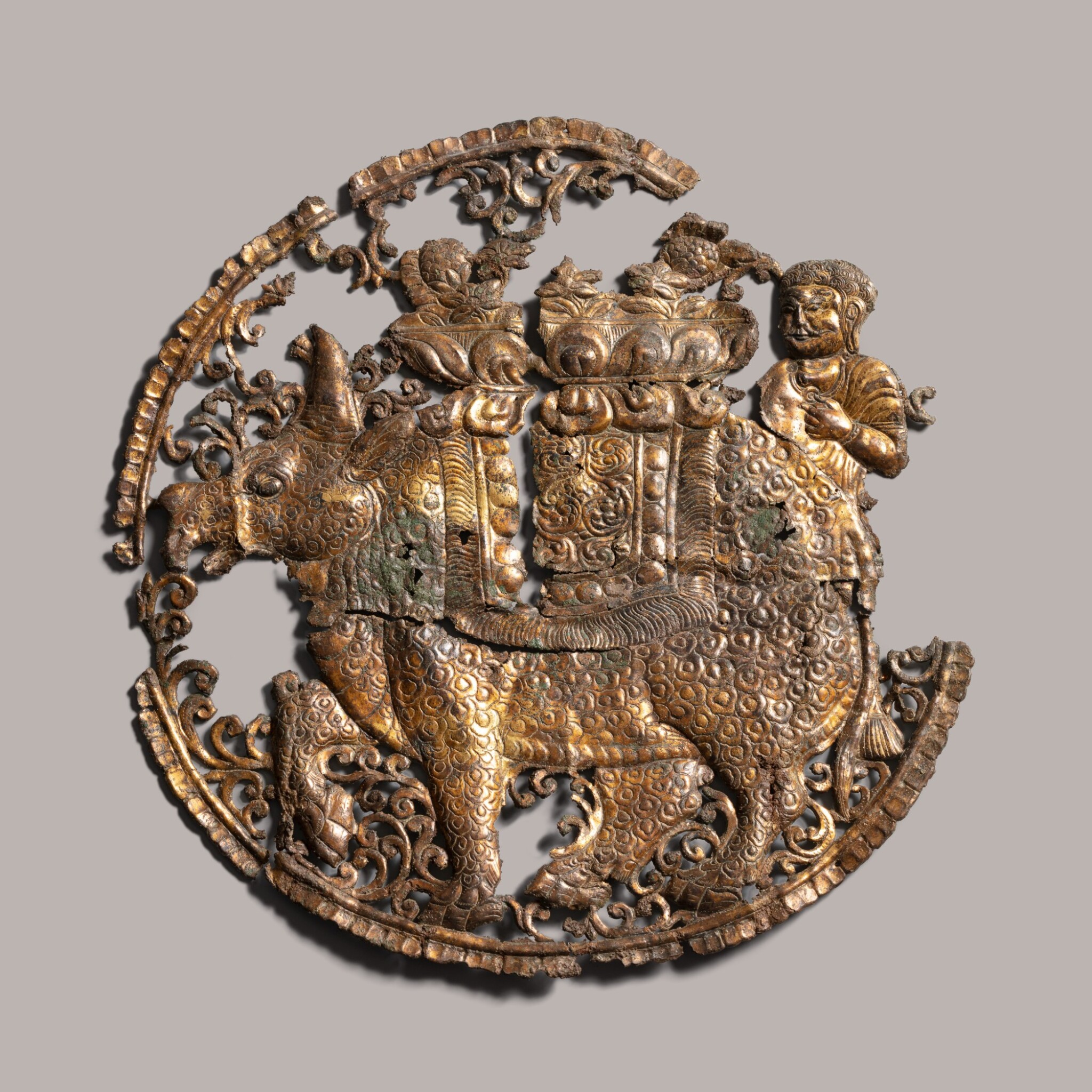 Overall with areas of losses and associated cracks, some incrustation to both sides.

Please note the title of this lot should read 'A gilt copper repousse Buddhist plaque'.

This impressive gilt-copper plaque with its meticulously executed rhinoceros motif appears to be unique. Rhinoceros were considered auspicious beasts during the Tang dynasty (618-907). Guarding the tomb of the founder of the Tang, the Gaozu Emperor (566-635), were a large pair of stone sculptures of rhinoceros, one of which is now preserved in the Xi’an Beilin Museum. According to Edward H. Schafer (The Golden Peaches of Samarkand, Berkeley and Los Angeles, 1963, pp. 83-4), tamed rhinoceroses were brought by embassies of various countries to the Tang court, some having been trained to perform, like performing elephants. Rhinoceroses performed, for example, during palace entertainments at the court of Emperor Xuanzong (r. 713-756). Some, however, held in the imperial park at Chang’an, did not survive the region’s cold winters.

Rhinoceros of related design can be found on a few Tang metal wares. Compare, for example, two parcel-gilt silver dishes decorated with a small figure of a rhinoceros only in the centre, lacking the foreigner and scroll work in the background, both formerly in the Carl Kempe Collection and sold in these rooms, 14th May 2008, lot 59 and 60: the former most recently sold again at Christie’s New York, 23rd September 2021, lot 708; the latter in the Meiyintang Collection, illustrated in Giuseppe Eskenazi and Hajni Elias, A Dealer’s Hand: The Chinese Art World through the Eyes of Giuseppe Eskenazi, London, 2012, p. 206, pl. 79.