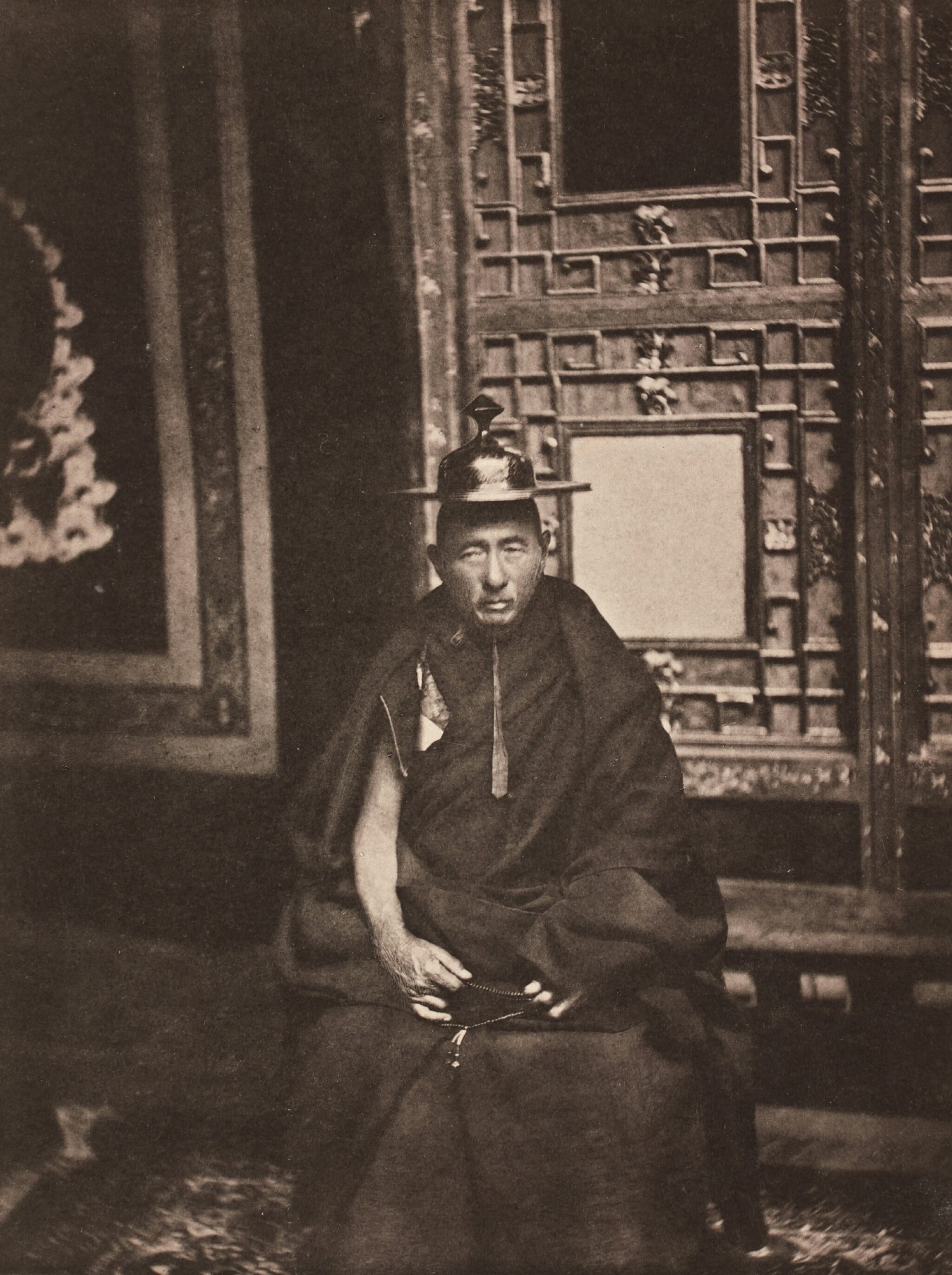 John Claude White's famous photographs of Tibet and Lhasa were the first such record published. A 1905 promotional catalogue from Johnston and Hoffmann tells us that the pictures were first issued in two formats: individually, or in albums of half-tone or carbon prints. The company later issued the pictures in a two-volume set of albums, dated 1907-8, with letterpress descriptions by C.B. Bayley. However, this publication was withdrawn almost immediately for fear that it gave away too many British secrets to the Chinese; only six copies appear extant. Shortly after, the company issued the smaller, single-volume edition offered here, but it appears that this too was removed from circulation, hence its rarity. Indeed, there is no copy of this edition in the British Library. White spent over twenty years as a political officer in the Himalayas. Arguably the hight point of this career came in 1903 when he was asked to join, as Joint-Commissioner, the Tiber Frontier Commission under the command of Francis Younghusband. They were accompanied by Captain Frederick O'Connor, who acted as interpreter, and an escort of two hundred Indian troops under the command of Brigadier-General J.R.L. Macdonald. The British officers' secret and potentially sensitive mission was to negotiate in favour of British interests in Asia, in the face of the rumours that the Chinese were about to hand over Tibet to the Russians. All the images in Tibet and Lhasa were taken on this historic expedition.

Henry Gilbert Booth, (signature on title) who served in the Indian Army and took part in the Younghusband Expedition to Tibet; thence by family descent

The VAT symbol on this lot has been removed because the property is free from VAT and Sotheby’s will not charge VAT on the Hammer Price, the Buyer’s Premium or the Overhead Premium.