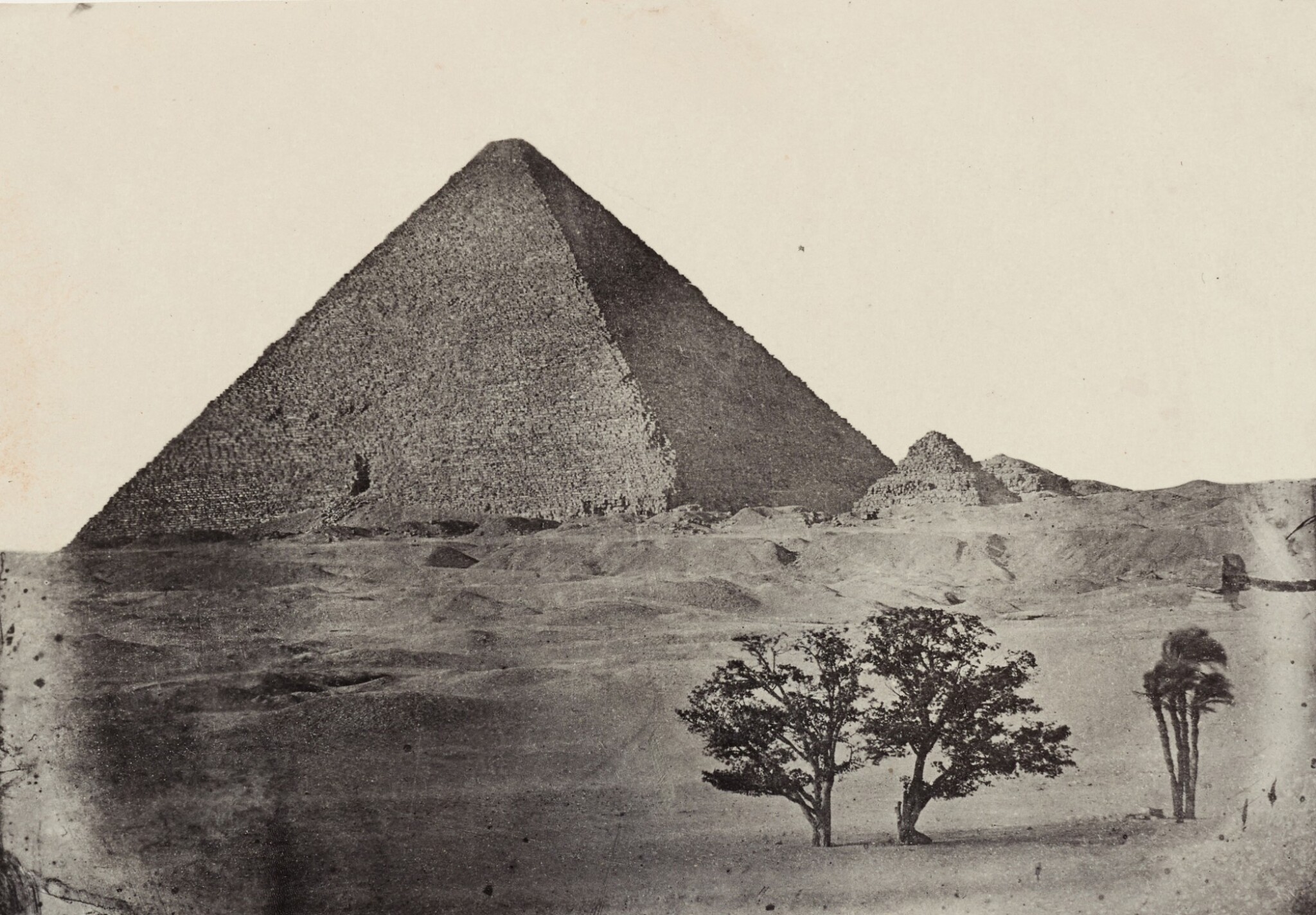 A FINELY BOUND COPY OF DU CAMP'S PIONEERING PHOTOBOOK ON EGYPT, PALESTINE AND SYRIA. The 125 salt prints show 112 views of Egypt, 6 of Jerusalem, and 7 of Baalbek.

In November 1849 at the age of just twenty-seven Maxime Du Camp, the son of a successful surgeon, set out for Egypt with his friend the novelist Gustave Flaubert (1821-1880). Each longed to explore the Near East and they secured government commissions to fulfil their ambitions – Du Camp was to photograph archaeological sites and study their history, and Flaubert was to gather information on the commerce, agriculture, and industries of the places they would visit. Du Camp, a writer and journalist, had only just been trained in photography by Gustave Le Gray, who taught him the waxed paper negative process; this method proved challenging for the novice and he did not have much success with it. Fortunately, he met Baron Alexis de La Grange in Cairo who taught him Louis-Désiré Blanquart-Evrard’s improved process, which would allow him to flourish as a photographer during the course of his journey. Du Camp took over 200 photographs of about 60 different monuments and sites. Of those, 125 were selected to be published resulting in the present work, which was the first French book to be illustrated entirely with photographs and was Blanquart-Évrard’s biggest commercial success.

Its precedents were William Henry Fox Talbot’s The Pencil of Nature in England and a few less significant brochures in France – the photographs that illustrate those publications have not survived as well as those in Du Camp’s volume, which retain magnificent contrast and detail to this day. Du Camp’s book was sold by subscription in 25 parts, each containing 5 plates. The total number of complete sets distributed at the time of the volume’s publication is not known, but based on the sum of a payment made to Du Camp at the time, and the rarity of groups of any size today, it likely that no more than 200 copies were printed.

Du Camp’s volume was wildly popular in the 19th century – the French government alone subscribed to 20 copies – and it earned him the prestigious award of Officer of the Legion of Honour. In spite of its exceedingly positive reception, Du Camp never photographed again. When Du Camp and Flaubert arrived in Beirut at the end of their voyage, the former exchanged all of his photographic equipment for large quantities of fine wool and silk embroidered with gold so that the two friends could commission fine upholstered furniture when they returned home. This work remains Du Camp’s first and last foray into photography.

The text that is usually bound with the photographs in this work was either never present or was likely bound in a companion volume that is now lost.