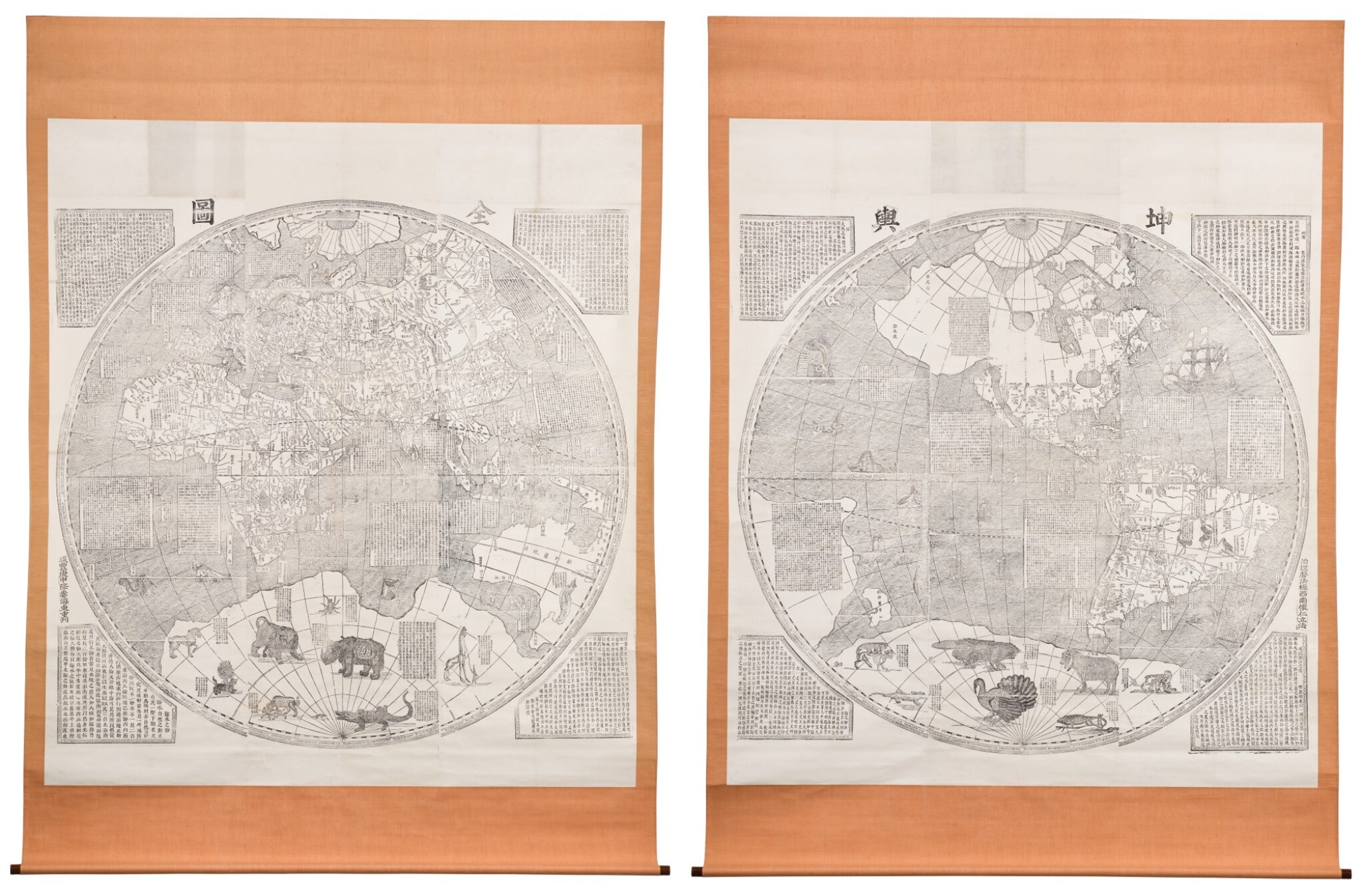 Ferdinand Verbiest’s world map, produced during his mission to China at the behest of the Second Qing Emperor Kangxi, drew on sources both from the west and China. The principal western sources appear to be Blaeu’s world map of 1648 and Gesner’s Historia animalium, which supplied the models for the animals which are shown in the uncharted southern regions. Eight copies of the map are thought to exist.

The Seoul reprints of c.1860 and c.1930, which are virtually identical, differ from the original with the addition of a new imprint in Chinese, and differently-shaped spandrels.

“Flemish scientist Ferdinand Verbiest joined the Jesuit order in 1641; he traveled to Macao in 1659, where he studied Chinese and Confucian classics and took his final religious vows. He was a polymath best known for this Chinese world map, a revised Chinese calendar, and astronomical works in Chinese and Latin. Notwithstanding his status as a foreigner he developed an unusually close relationship with the Kangxi emperor, who conferred mandarin rank on Verbiest and granted him an official funeral. For the emperor, cartography was a significant expression of his control over the regions under imperial domain. Verbiest's world map drew from contemporary Dutch maps and Chinese sources, but it presented the world in a format appropriate to a Chinese audience. Counter to Western mapmaking traditions that focused on Europe, the Kunyu quantu deferred to local conventions by placing China at the symbolic center, surrounded by countries that could be construed as tributary states” (J. Paul Getty Museum, “China on Paper: European and Chinese Works from the Late Sixteenth to the Early Nineteenth Century”).