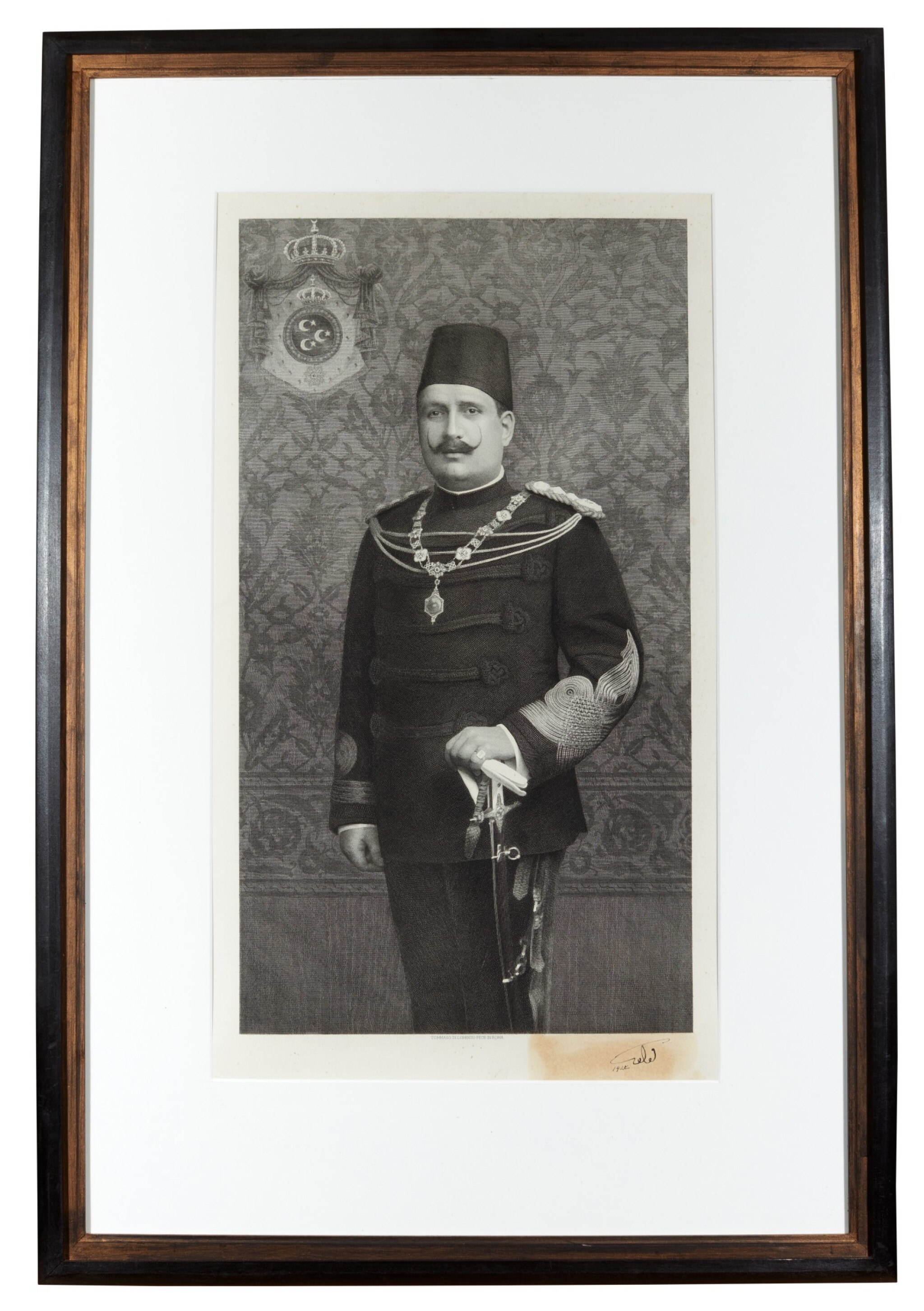 "Prince Fouad  was brought up in Egypt, Italy, Constantinople and Paris, he was a man of the world, equally at home in Europe and the Middle East ... As a prince he had helped to found a modern university in Cairo in addition to the traditional Muslim university at the mosque of al-Azhar. As a king he founded innumerable charitable or cultural organisations, such as the Oeuvres d'Industrie Féminine and the Académie Royale Arabe. King Fouad also has the distinction of being the last great royal patron of history. He commissioned and subsidised monuments of erudition and fine printing, not all of them uncritical of his ancestors, such as the Grand Rabbi of Egypt's edition of Ottoman decrees concerning Egypt, and innumerable collections of diplomatic documents. Published in Cairo in French, they are an appropriately intelligent and cosmopolitan monument to King Fouad and his dynasty" (Philip Mansel, Sultans in Splendour, 1988, p. 162ff.)