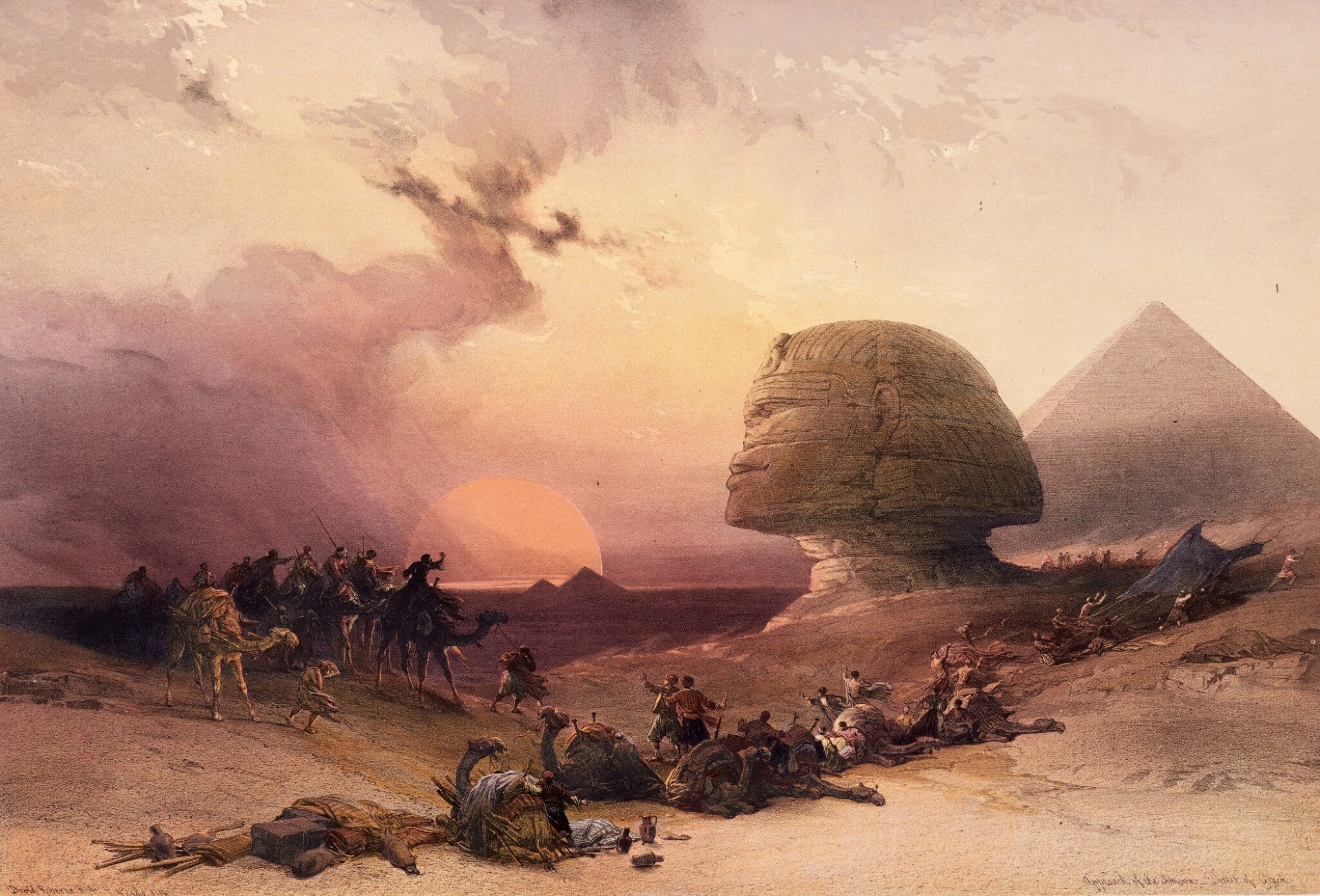 FINE COPIES OF THE TINTED EDITIONS OF ROBERTS' MONUMENTAL WORKS ON THE MIDDLE EAST, one of the greatest lithographically illustrated works of the nineteenth century.

Roberts's masterpiece was issued in 41 parts over seven years. It is beautifully lithographed by Louis Haghe, to whom Roberts paid tribute in glowing terms: “Haghe has not only surpassed himself, but all that has hitherto been done of a similar nature. He has rendered the views in a style clear, simple and unlaboured, with a masterly vigour and boldness which none but a painter like him could have transferred to stone”. Abbey regarded the work as “one of the most important and elaborate ventures of nineteenth-century publishing, and... the apotheosis of the tinted lithograph".

In 1838 Roberts made plans for his journey to the Near East, inspired by a love of artistic adventure; departing in August 1839 for Alexandria, he spent the remaining part of the year in Cairo, visiting the numerous tombs and sites. In February of the following year he set out to cross the desert for the Holy Land by way of Suez, Mount Sinai and Petra arriving in Gaza, and then on to Jerusalem, concluding his tour spending several months visiting the biblical sites of the Holy Land, and finally returning to England at the end of 1839. The drawings of his tour were submitted to F.G. Moon in 1840 who arranged to bring out a work illustrative of Scripture History, paying Roberts £ 3,000 for copyright to the sketches, and for his labour in supervising Louis Haghe's lithography. Both the exhibition of his original watercolours and the subsequent published work were an immediate success and confirmed his reputation as an architectural and landscape artist of the highest order.