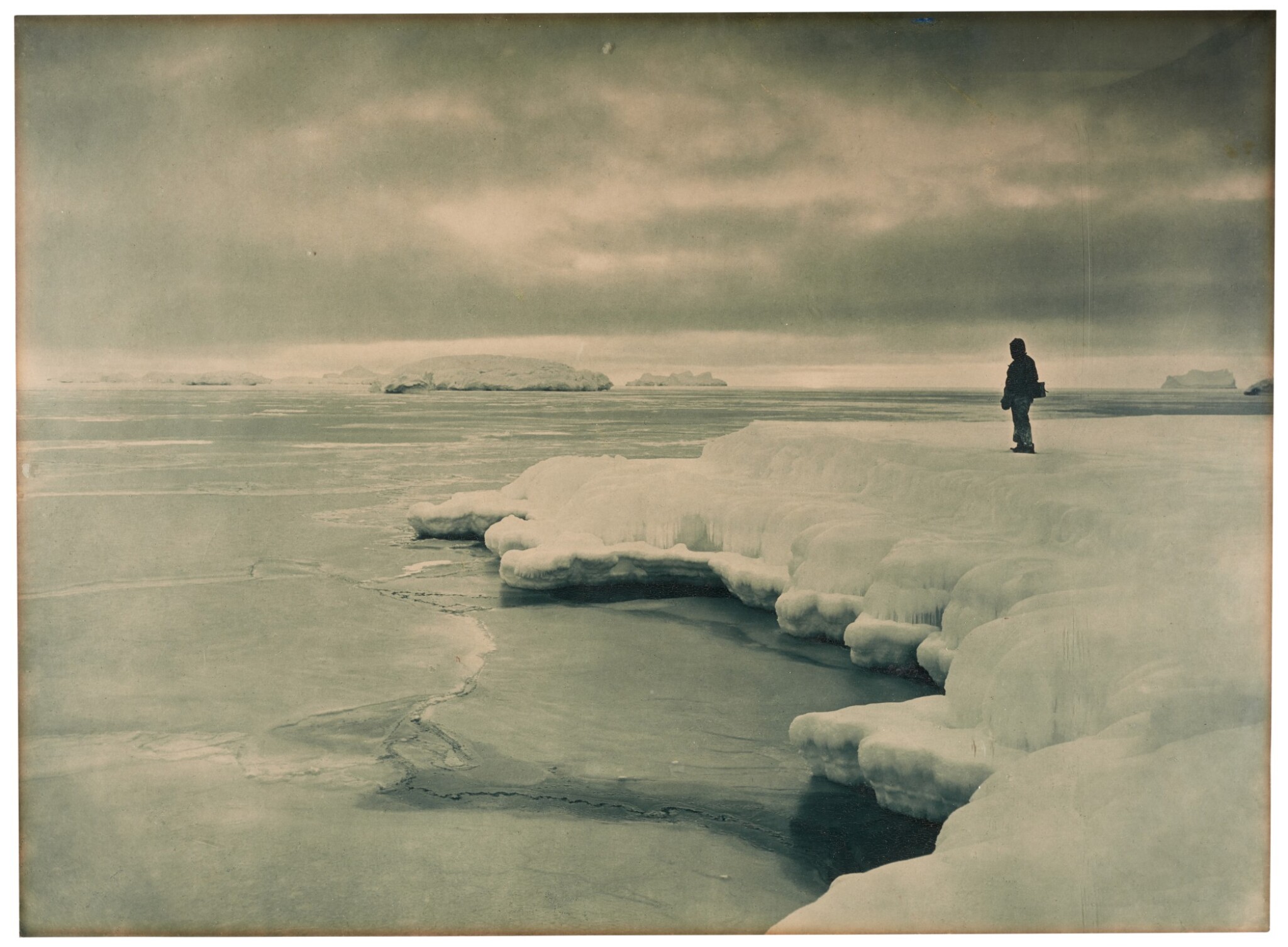 The Pallid Glow of a Midwinter Noon at Cape Denison

large blue-toned carbon print (430 x 587mm.), on modern card mount, original Fine Art Society on the reverse with manuscript title 'The Pallid Glow of a Midwinter Noon at Cape Denison' and number '98', with printed note 'This photograph is enlarged from a negative taken during Dr Mawson's Australasian Antarctic Expedition'

A RARE AND IMPRESSIVE LARGE CARBON PRINT FROM THE 1911-14 AUSTRALASIAN ANTARCTIC EXPEDITION. This was led by the geologist and explorer Douglas Mawson, who eschewing the race for the South Pole, explored the largely uncharted eastern Antarctic coast, due south of Australia. The expedition's sledging parties covered around 2,600 miles of unexplored territory, while its ship, SY Aurora, navigated 1,800 miles of unmapped coastline. Scientific activities included meteorological measurements, magnetic observations, an expansive oceanographic program, and the collection of many biological and geological samples, including the discovery of the first meteorite found in Antarctica. The expedition was the first to establish and maintain wireless contact between Antarctica and Australia.

Mawson was eventually persuaded to engage photographer Frank Hurley, who had offered his services for free as soon as he had heard Mawson was recruiting. Hurley summed up the character of the expedition: "Shackleton grafted science on to exploration—Mawson added exploring to science".