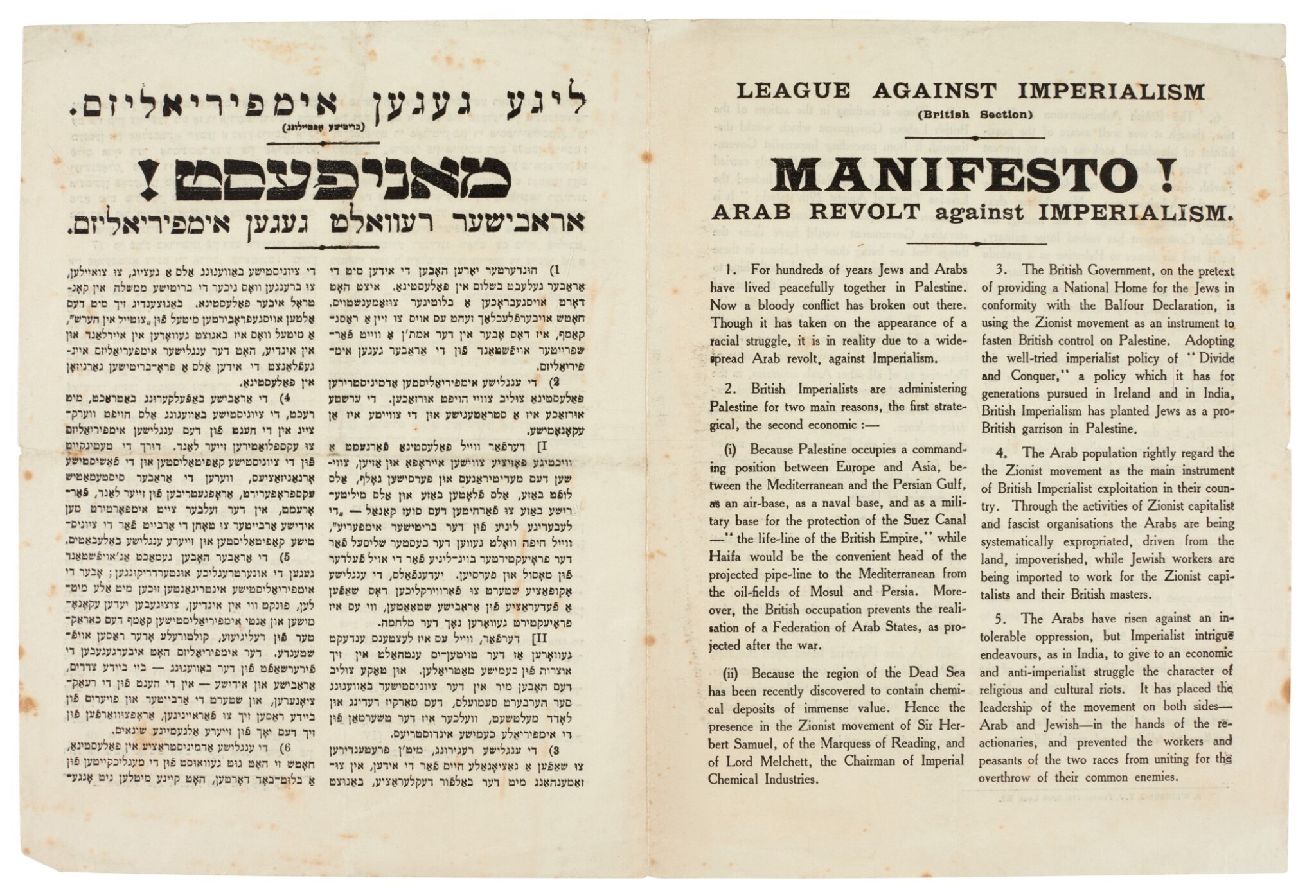 4 page pamphlet, in English and Yiddish, slight spotting and creases at extremities

A RARE PAMPHLET CALLING FOR AN ARAB REVOLT IN PALESTINE, the withdrawal of British armed forces from the Arab countries, Arab Independence ('and the formation of a federation of Arab states, if desired'), and a free Palestine based on the unity of Arab and Jewish workers and peasants - with full political and trade union rights for both Jewish and Arab workers'.

The text references three controversial Jewish-Zionist figures involved in Palestine at the time: Sir Herbert Samuel (High Commissioner for Palestine), The Marquess of Reading [Rufus Isaacs, Viceroy of India from 1921-6] and Lord Melchett (Chairman of ICI). It also makes the connection between Palestine’s strategic position between the oil fields of Iraq, Persia & the Gulf, and the Mediterranean gateway to Europe.

We have been unable to locate another copy of this pamphlet.