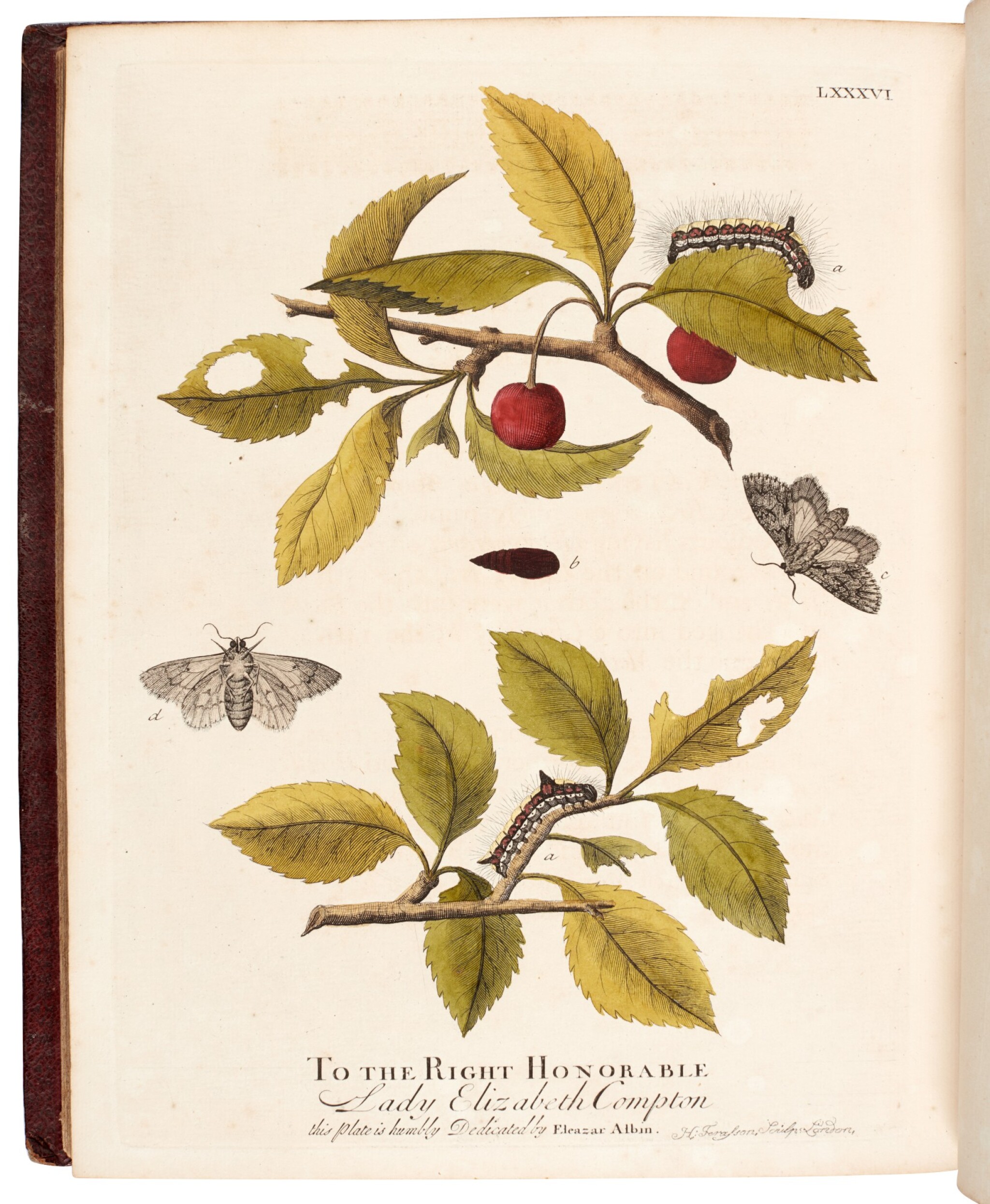 A Natural History of English Insects illustrated with a hundred copper plates ... exactly coloured by the author. London: Printed for the author, 1720

A SUBSCRIBER'S COPY IN FULL RED MOROCCO, this being the copy of Robert Bristow (1688-1737), a Member of Parliament, who was also employed in the royal household as Clerk of the Green Cloth, in which position he was responsible for organising royal journeys and assisting in the administration of the royal household.

Plate 32 contains an engraved dedication from the author to Bristow. Lisney notes that "Each plate is dedicated to a subscriber or well-known personality, undoubtedly including those who acted as patrons or took an interest in Albin's drawings of insects".