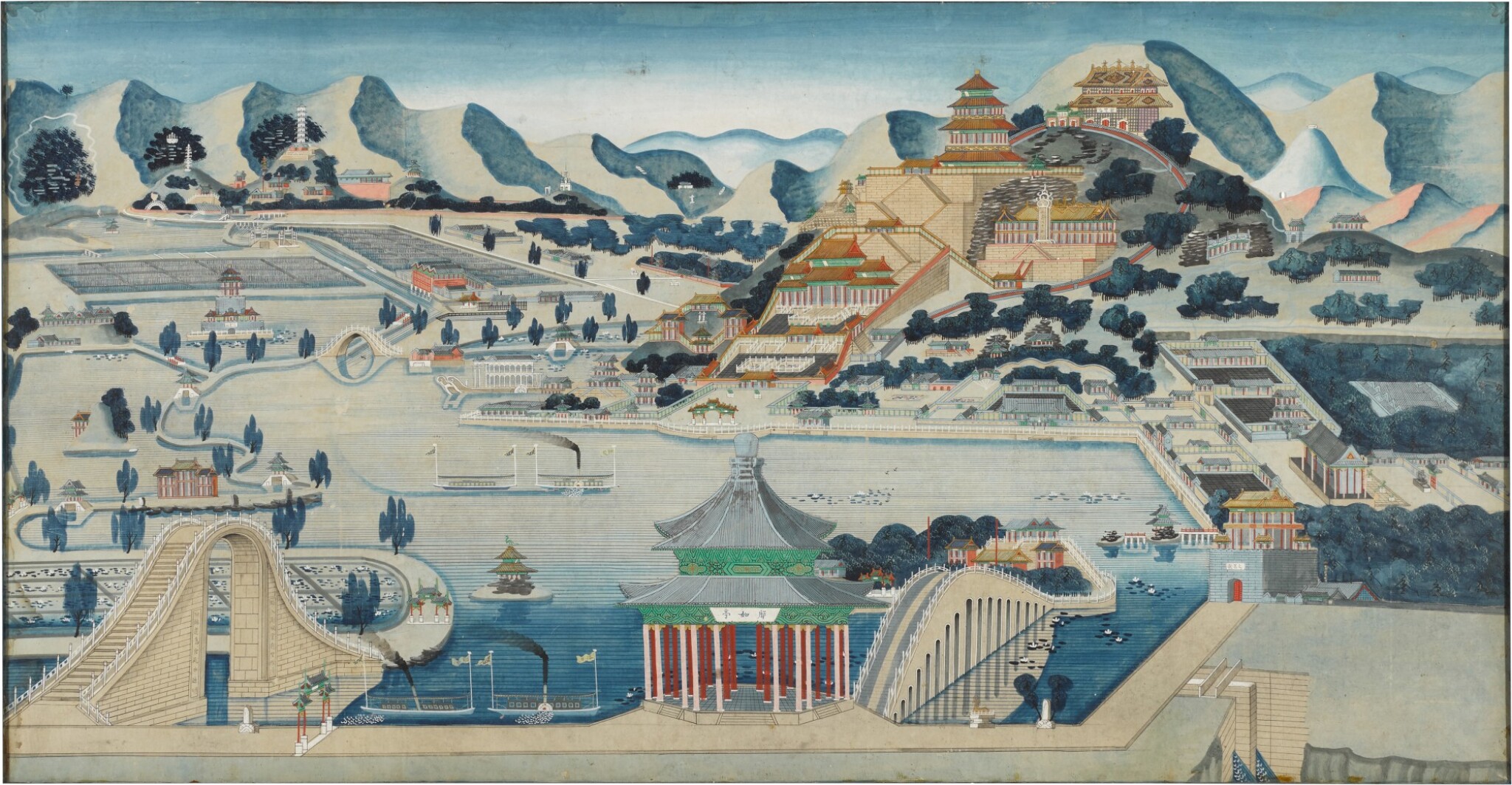 AN IMPPRESSIVE LARGE-SCALE VIEW OF THE SUMMER PALACE, formerly in the collection of the travel writer Robert Byron. Byron was in China during 1935 and 1936 after making the overland journey to the Far East through Russia, during which time he wrote his book The Road to Oxiana (1937).