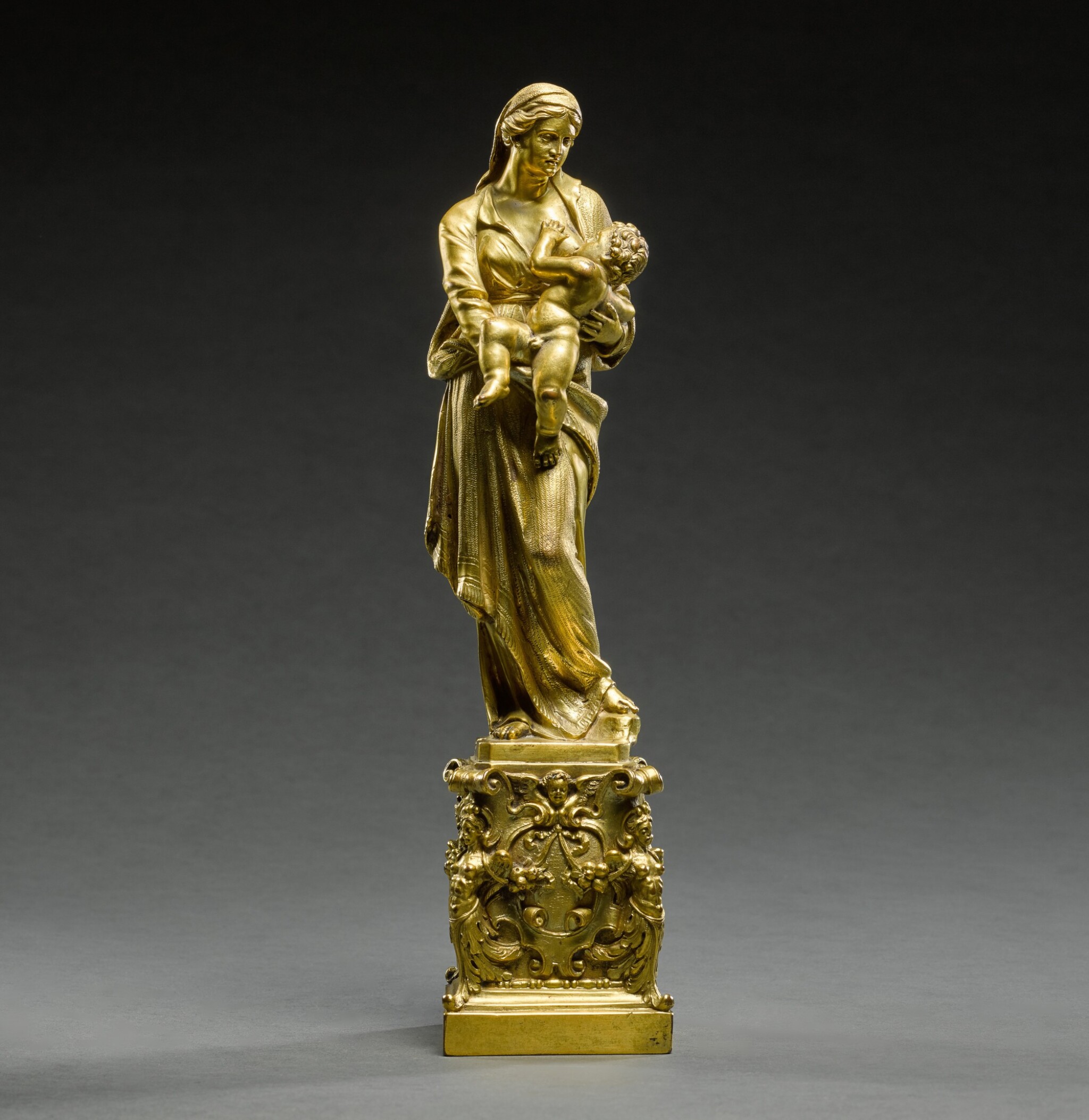 The bronze is in overall good condition with minor surface dirt and wear consistent with age. There is some tarnishing to the gilding, notably in the crevices and at the back. There is an apparently original lacuna to the top of the base beside the Virgin's proper right foot. A few minor nicks and scratches.

The present model is known from a number of casts, which have been variously described and attributed. An example without the base, which was formerly in a Belgian collection, was published by the London dealership David Peel & Co in 1971 as 'circle of Sansovino', while a silver version in the Collegio Alberoni, Piacenza, mounted on an identical base as that of the present lot, has been given to a Roman goldsmith working in the orbit of Michelangelo (Arisi, op. cit.). Another gilt bronze version, and separately its base, were sold at Sotheby's London, 9 July 1987, as lots 73 and 105 with a description as Venetian, circa 1600. On stylistic grounds, an origin of the model in 17th-century Rome is plausible. It is possible, however, that the present cast is of a later date.