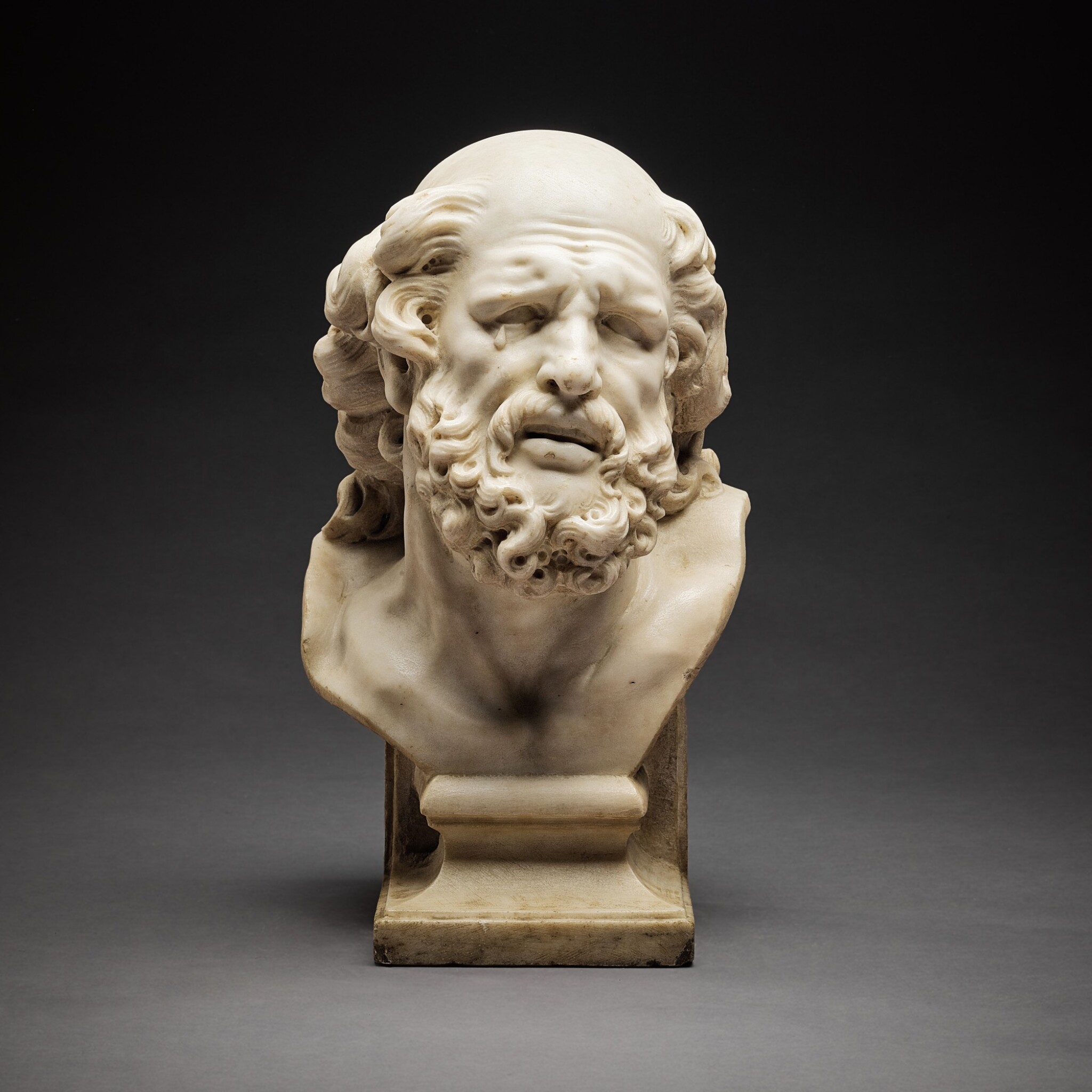 Overall the condition of the marble is good, with minor dirt and wear to the surface consistent with age. There are natural inclusions to the marble, including a series of inclusions to the nose. There is some orange brownish pigmentation to the bust in areas such as the back of the head. There are some small chips and abrasions, including to the tip of the nose and the edges of the bust. some small losses to the edges of the integral socle.

This boldly carved bust represents Heraclitus, popularly known as the ‘weeping philosopher’. This sobriquet was made in contrast to Democritus, known as the ‘laughing philosopher’. He lived around 535 to 475 BC and wrote only one work, of which only fragments survive, which combined with his often unsubstantiated statements, earnt him a further moniker of ‘the Obscure’. His attraction to artists, both painters and sculptors, focuses on the opportunity he offered to depict a face in intense emotion, namely in tears. The sculptor of the present bust has skillfully captured Heraclitus’s agonised expression. One large tear falls from his right eye, but the real power of the expression is conveyed by his closely observed furrowed brow, his deeply set eyes and turbulent beard.

The present bust recalls a stunning terracotta bust of a bearded man by Augustin Pajou, dated 1768, and acquired by the Metropolitan Museum of Art in 2003 (inv. no. 2003.25). The man’s full beard and alert expression, conveyed by every part of the physiognomy, might suggest a French sculptor for the present bust. However, the fluency of the carving and subtle polishing, as well as the more Baroque impression created by the deeply carved and drilled beard, are more indicative of Italian sculptors of the early 18th century. A clue to the origin of the work may rest in the unusual form of the integrally carved socle, a feature often associated with late 17th century sculpture, even more specifically with the work of Gian Lorenzo Bernini.