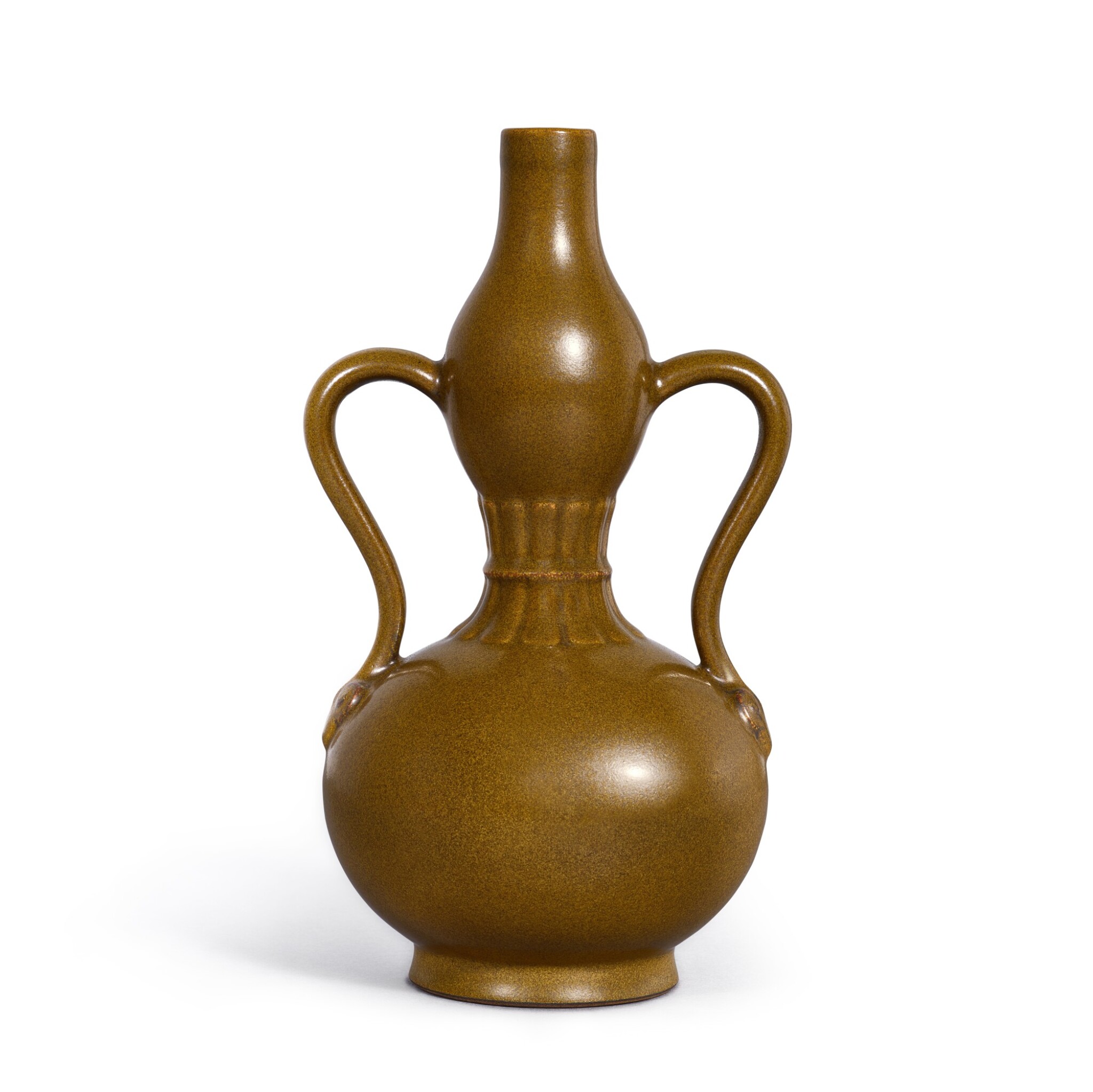 elegantly potted with a slightly compressed, globular body rising from a short splayed foot to a slender pear-shaped upper bulb flanked by a pair of S-shaped handles terminating in ruyi-heads, the waist faintly moulded with a band of petals divided by a central rib, covered overall with a finely speckled olive-green glaze thinning on the extremities to brown, the base incised with a six-character seal mark

This teadust glaze was one of the innovations of the Yongzheng period, when many ancient ceramic techniques were revived. Similar glazes had been produced by various kilns of northern China during the Tang dynasty.

A closely related example is published in the Illustrated Catalogue of Ch'ing Dynasty Porcelain in the National Palace Museum, vol. I, Tokyo, 1980, pl. 80; another is included in the Illustrated Catalogue of Tokyo National Museum. Chinese Ceramics, vol. II, Tokyo, 1990, pl. 701; another illustrated in Regina Krahl, Chinese Ceramics from the Meiyintang Collection, vol. 2, London, 1994, pl. 938; and a fourth example in the Nanjing Museum, published in The Official Kiln Porcelain of the Chinese Qing Dynasty, Shanghai, 2003, p. 349.