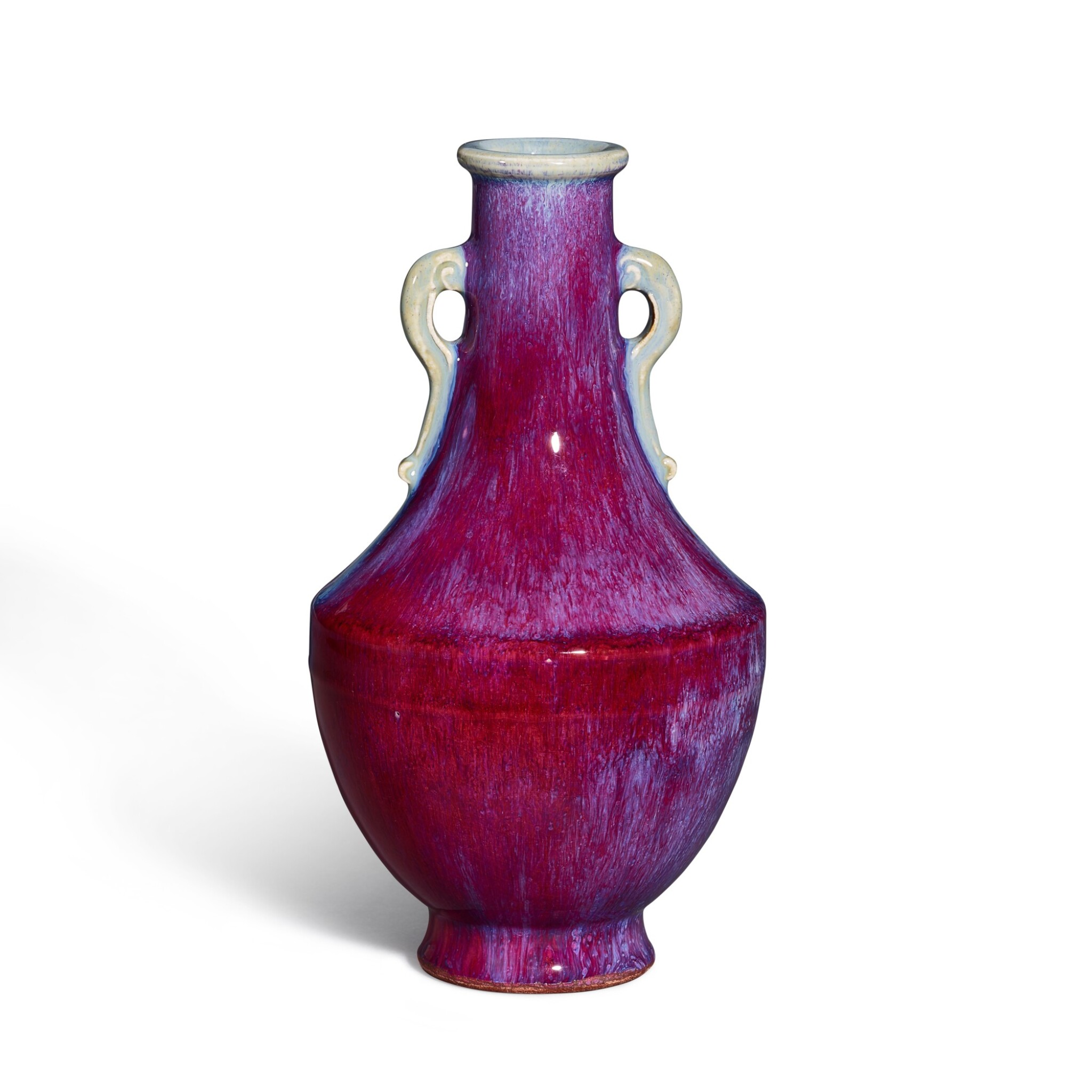 elegantly rising from a splayed foot to an angular shoulder, surmounted by a tall tapered neck and lipped rim, the neck flanked by a pair of ear-shaped handles moulded with ruyi-head tips, further decorated with two horizontal ribs encircling the shoulder and body, the exterior covered with a glossy plum-coloured glaze highlighted by cobalt-blue streaks draining away from the handles, the base glazed golden-brown covering a six-character seal mark, wood stand

The vase is in very good overall condition with characteristic glaze crackles.

Flambé glazes derive from the Jun wares of the Song dynasty, a glaze that was first revived during the Yongzheng period and remained popular throughout the Qing dynasty.

Compare a flambé-glazed vase of this type, in the Capital Museum, Beijing, illustrated in Xiong Liao, Beauty of Ceramics. Gems of the Official Kilns, Taipei, 1993, pl. 147; and another included in the exhibition Collection of Chinese and Other Far Eastern Art Assembled by Yamanaka & Company, Inc., Yamanaka & Company, Inc., New York, 1943, no. 915. See a further example from the Marie Theresa L. Virata Collection, sold at Christie's New York, 16th March 2017, lot 614; and another from the Hosokawa clan, sold in these rooms, 8th October 2014, lot 3111. For a Yongzheng prototype of this vase, see one sold at Christie’s Hong Kong, 21st September 2004, lot 316.