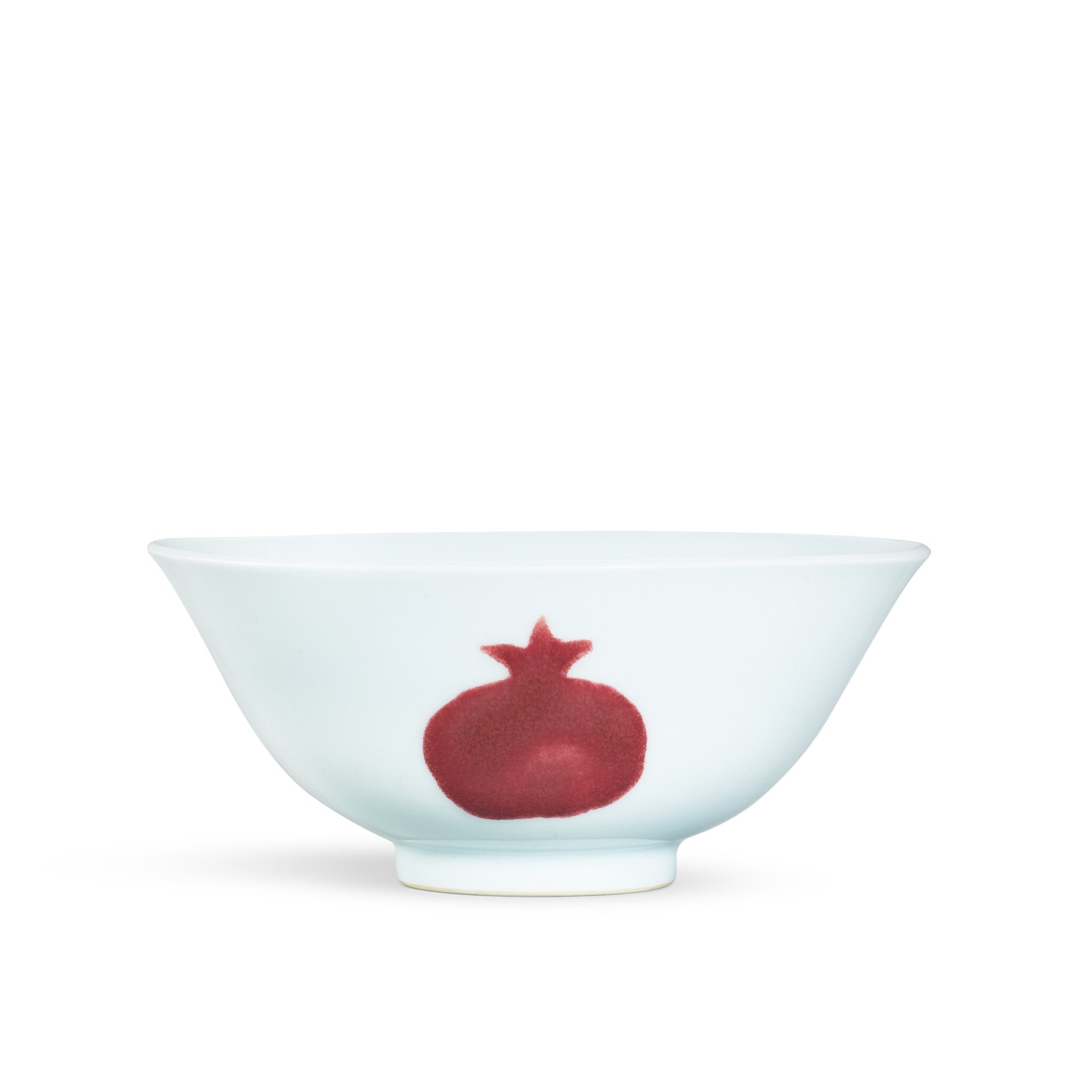 finely potted with deep rounded sides rising to a gently flared rim, the exterior painted with the three fruits of abundance, the peach, pomegranate and persimmon evenly spaced, the base inscribed in underglaze blue with a six-character reign mark within a double circle

The bowl is in excellent overall condition with just an original approx. 0.7 cm firing flaw to footring.

The present bowl, elegantly decorated in copper red with the three fruits of abundance, epitomises the height of Qing porcelain production at Jingdezhen, when craftsmen strove to design innovative wares as well as recreate historical masterpieces that acted as reminders of China’s glorious past. It represents the Qing emperors’ eagerness to revive the celebrated porcelain tradition as a means to legitimise their right to rule.

The minimalistic design of the red fruits is indebted to the early Ming dynasty creation. Xuande prototypes were excavated from the waste heaps of the Ming imperial kilns in Zhushan, Jingdezhen; see a fragmentary Xuande-marked stemcup, included in Imperial Porcelain: Recent Discoveries of Jingdezhen Ware, Museum of Oriental Ceramics, Osaka, 1995, cat. no. 43, together with an unmarked example, cat. no. 44.

See a pair of Yongzheng bowls from the Meiyintang collection, published in Regina Krahl, Chinese Ceramics from the Meiyintang Collection, London, 1994-2010, vol. 2, no. 736. Several examples have appeared at auctions, including one sold at Christie's New York, 15th September 2011, lot 1571, and again in these rooms, 30th November - 1st December 2017, lot 612.