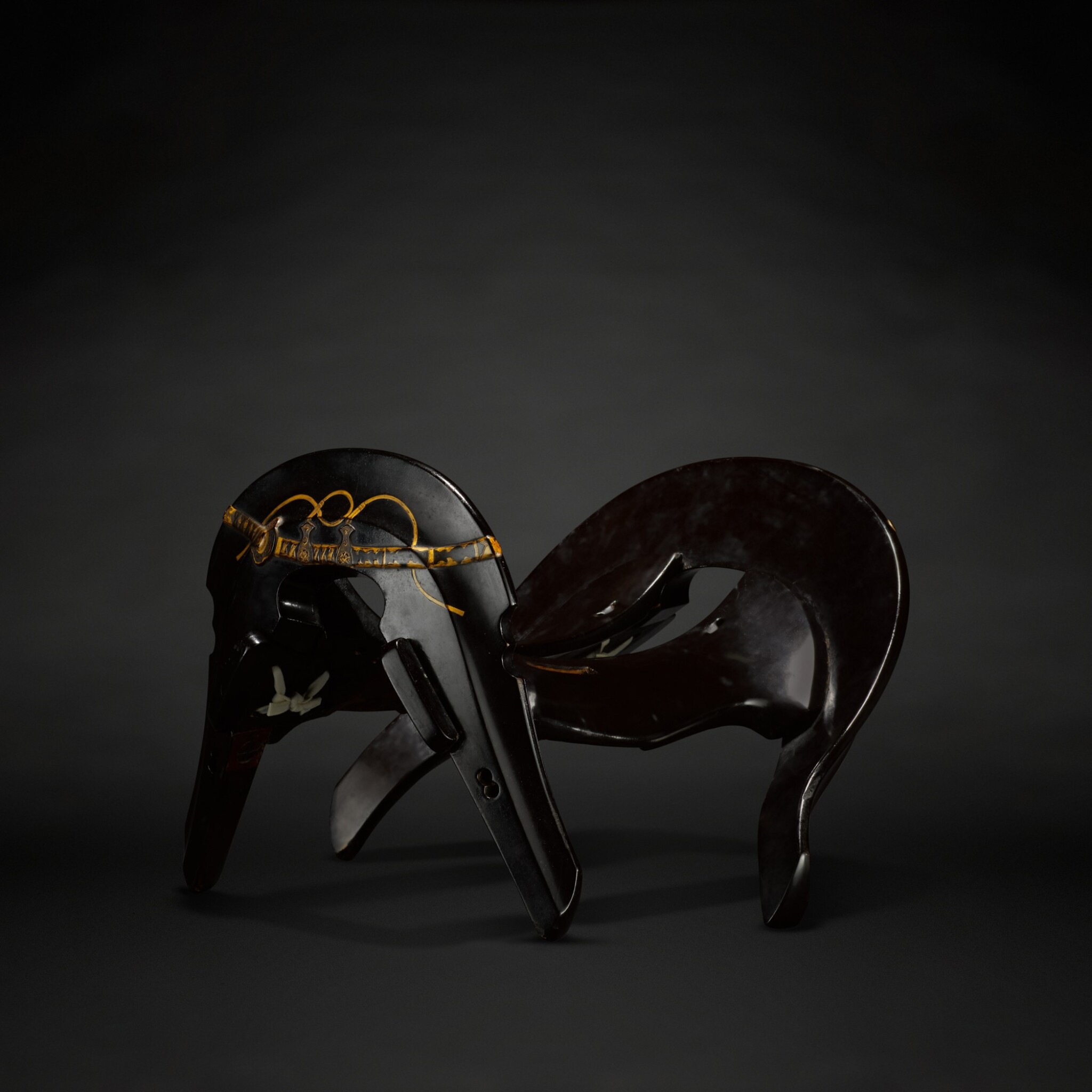 the riding saddle fitted with two lacquered igi [wood side boards], maewa [pommel] and shizuwa [cantle] of yamagata [highly-seated; 'mountain-shaped'] form, the pommel with the two umi ['sea'] and iso ['shore'] registers almost evenly constructed, low-shouldered tegata [hand-shaped] indentations carved to each side, the seat decorated overall in polished black lacquer, the maewa and shizuwa each decorated in black, brown and gold hiramaki-e and takamaki-e with a tachi, its long koshirae with stylised metal fittings and a mokko-gata tsuba, the underside incised with jujimon [cross-shaped crests], fitted wood storage box

Overall in good condition with some wear to the lacquer in places and a few small areas of lacquer re-touching, there is one small piece of wood missing from one of the legs on the underside, the fitted wood storage box in good condition.

Ise Suruga no kami Sadamasa is purported to have been one of the highest ranking saddle makers during the Muromachi period (1336-1573). Stemming from a line of workers relating to the equestrian arts, the Ise family is said to have studied under the founder of the Otsubo school, Otsubo Yoshihide (1324-1407), and developed their own method of making saddle stirrups that were eventually adopted by the Muromachi shogunate. Recognising the artistic and exceptional quality of these lacquered wares, such saddles made by the Ise have often been referred to as 'saku no kura', which can roughly be translated as saddles of accomplished workmanship.