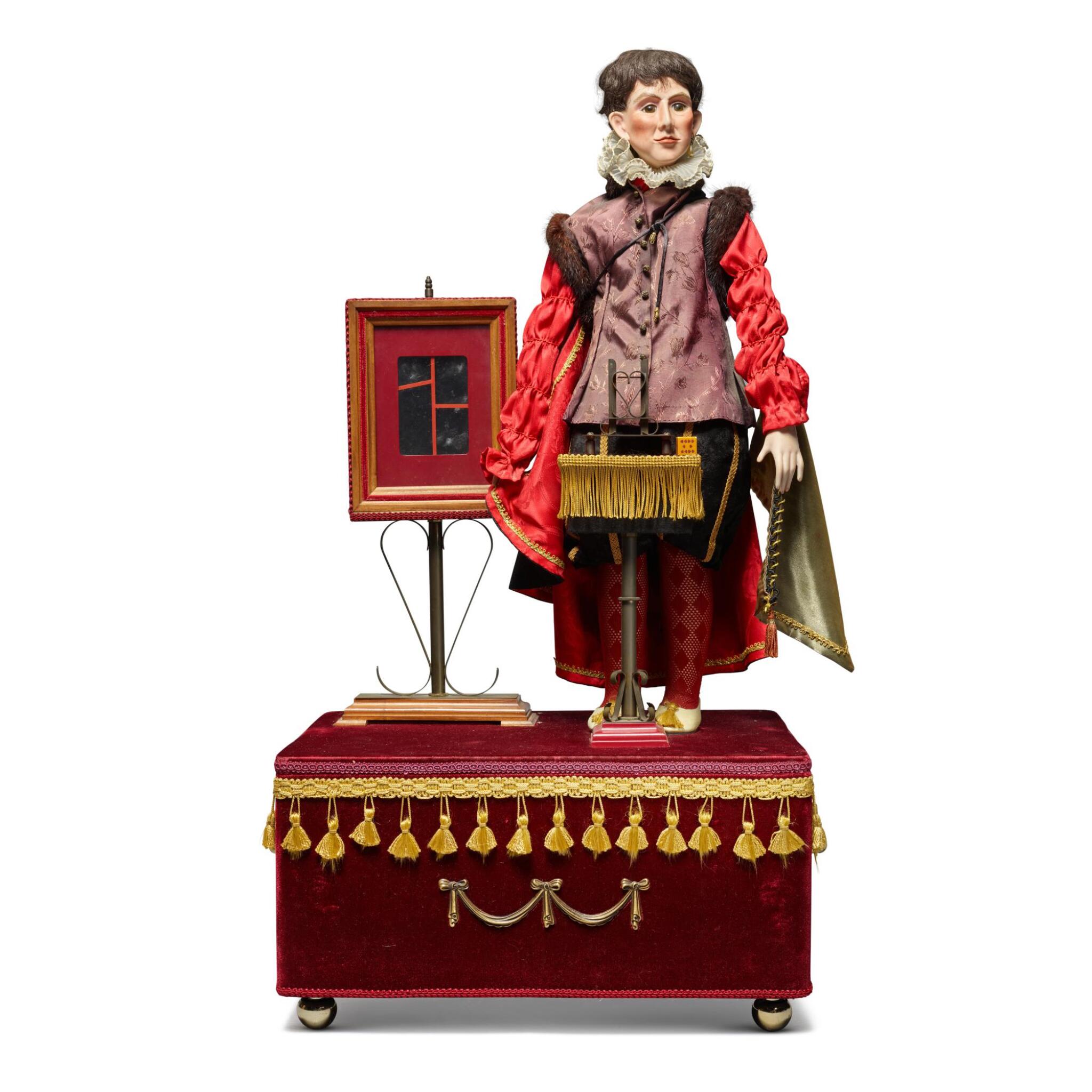 Neppy, Ricky Jay's bespoke automaton, a veteran of hundreds of performances around the world in the stage show Ricky Jay & His 52 Assistants

Card Restoration Magician Automaton (31 in. high on a base 16 1/2 x 13 in.). Los Angeles: constructed by Alan Wakeling, 1980s. Accompanied by the original metal shipping cabinet with mailing labels of Ricky Jay attached.

Neppy was named for Viennese card artist Dr. Johan Nepomuk Hofzinger. He was designed to perform a silent routine with Ricky Jay, in which a card would be torn, handed to various members of the audience, collected, and then restored by Neppy.

Neppy, fancifully dressed, stands behind a small table, with a frame on a pedestal to his right. He holds small capes in each hand which he raises to hide his trickery. Operated with a hand-crank mechanism, the action is accompanied by Johann Pachelbel's Canon in Dl from a concealed music box.

Please note: all rights to use this automaton in a performance are retained by the Estate of Ricky Jay.

Please note that although all rights to use this automaton in a performance are retained by the Estate of Ricky Jay, the estate will offer instruction on how to operate the automaton to the successful purchaser.