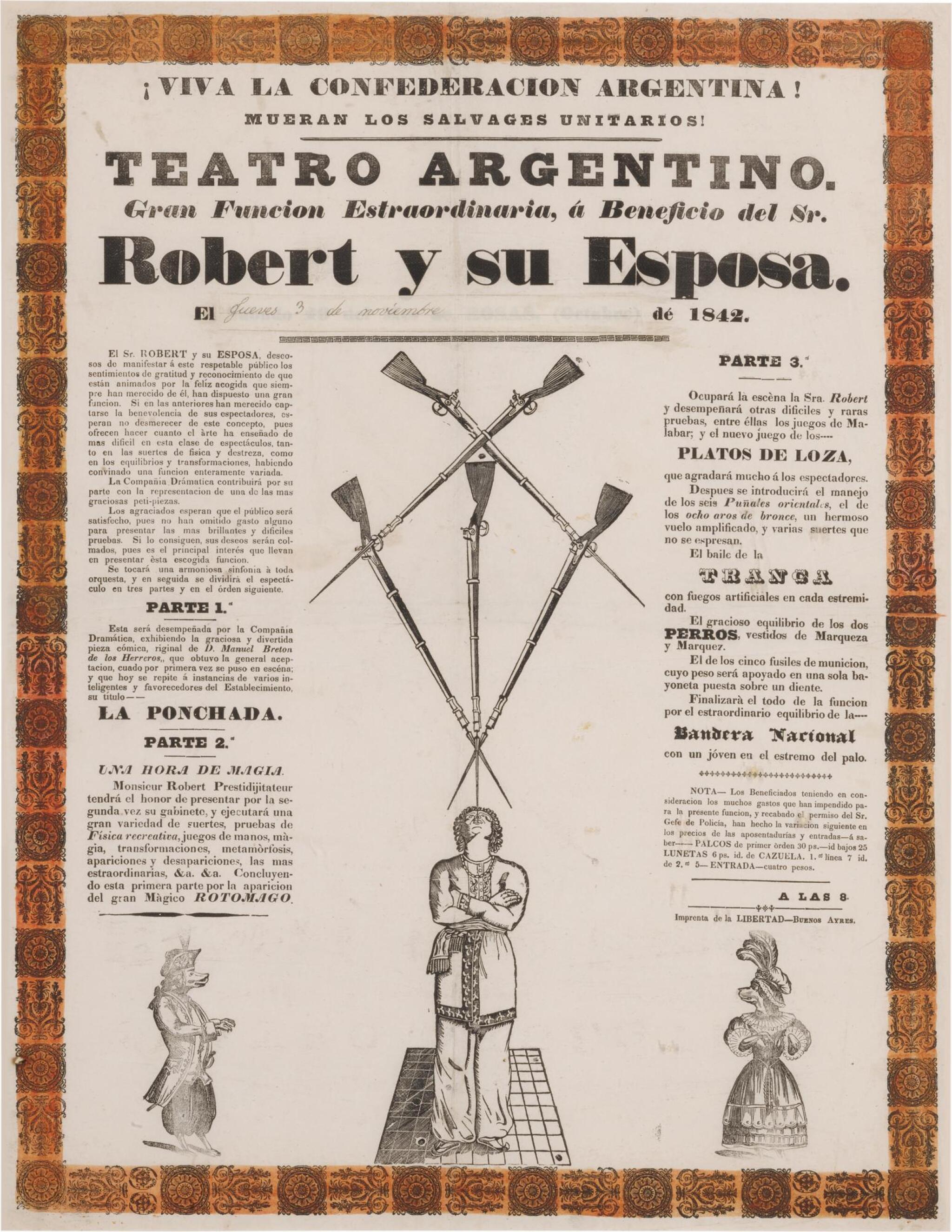 An announcement that a Mr. Robert and his wife were "eager to express to the respectable audience their feelings of gratitude and appreciation," and as such, had arranged a grand performance at the Teatro Argentino, featuring a full orchestra. The performance was to take place in three acts: first, a comedic performance; second, an hour of magic from Mr. Robert including "proofs, physical dexterity, sleight of hand, conjurings, magic, transformations, metamorphoses, appearances and disappearances"; third, Mrs. Robert would perform juggling acts, along with "other difficult and rare tests." Following this was to be a fire dance, "the lovely balancing act of the two dogs dressed as a Marquesa and a Marquis," and for a grand finale, the balancing of five bayonets on a single tooth.

The broadside features "Long Live the Argentine Confederation!" and "Death to the Savage Unitarians!" printed at the head, slogans "used by the dictator Juan Manuel Rosas, who must have insisted upon their inclusion on this broadside" (EE).