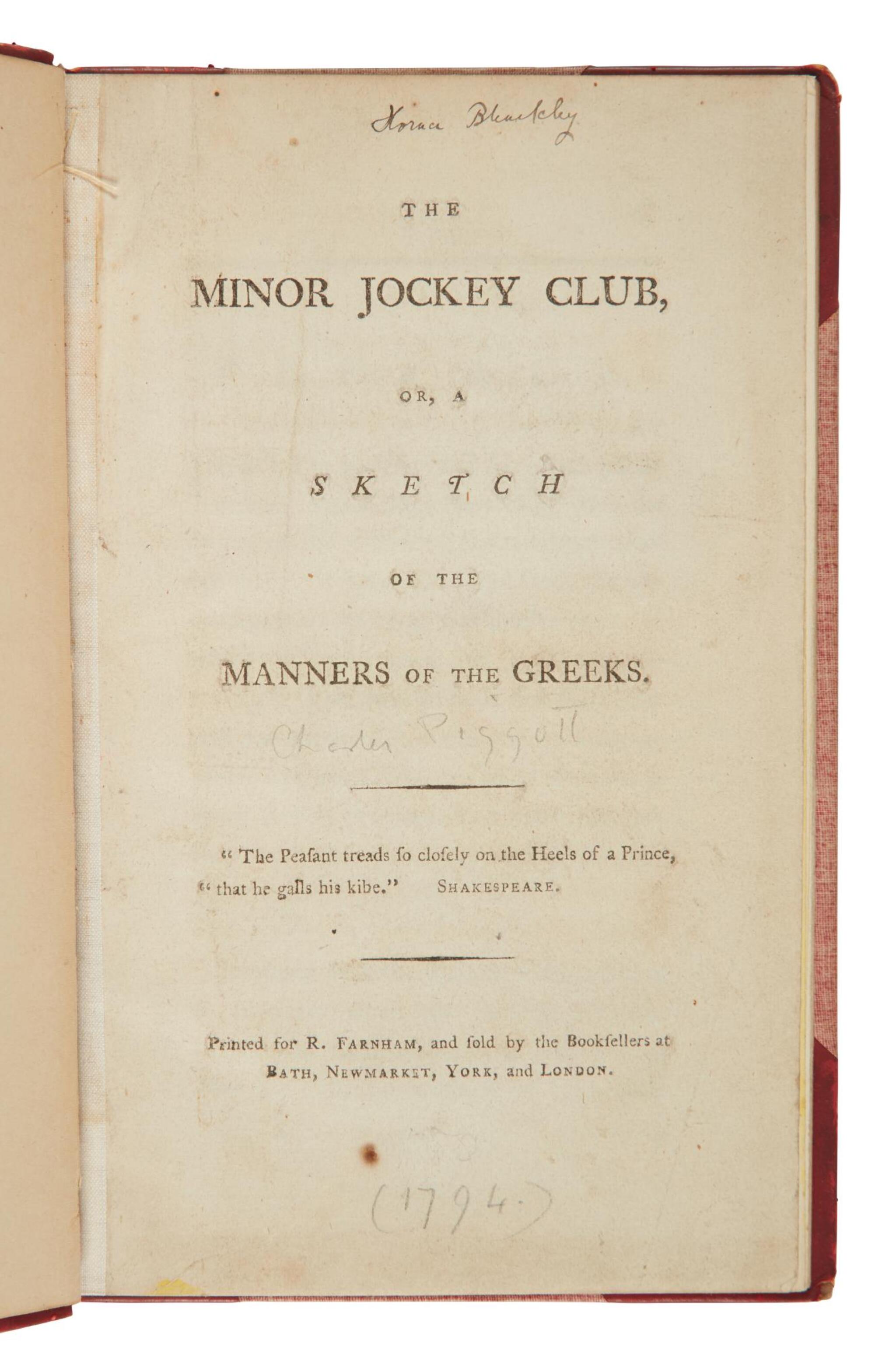 The Minor Jockey Club, Or, A Sketch of the Manners of the Greeks. [?Bath]: Printed for R. Farnham, and sold by the booksellers at Bath, Newmarket, York, and London, [1792]

The sequel to his scurrilous work, The Jockey Club (1792), in which Pigott scandalized the establishment by exposing the decadent habits of the aristocracy at the Jockey Club. It also established him as one of the first radical writers to make political capital out of "boudoir politics."

Yet, in an almost sanctimonious tone, Pigott claims in the preface of the present work to observe "a proper discrimination of character … where the persons … are fairly and impartially pourtrayed. It cannot be deemed an illaudable plan, at a moment when the gaming influenza rages with such violence, to [make] … a just distinction between the fair honourable gamester, and the lurking insidious sharper [which] may serve as a beacon to unwary youth …"

Horace Bleackley (signature on title-page, ticket on front pastedown, and his copious and useful annotations throughout)