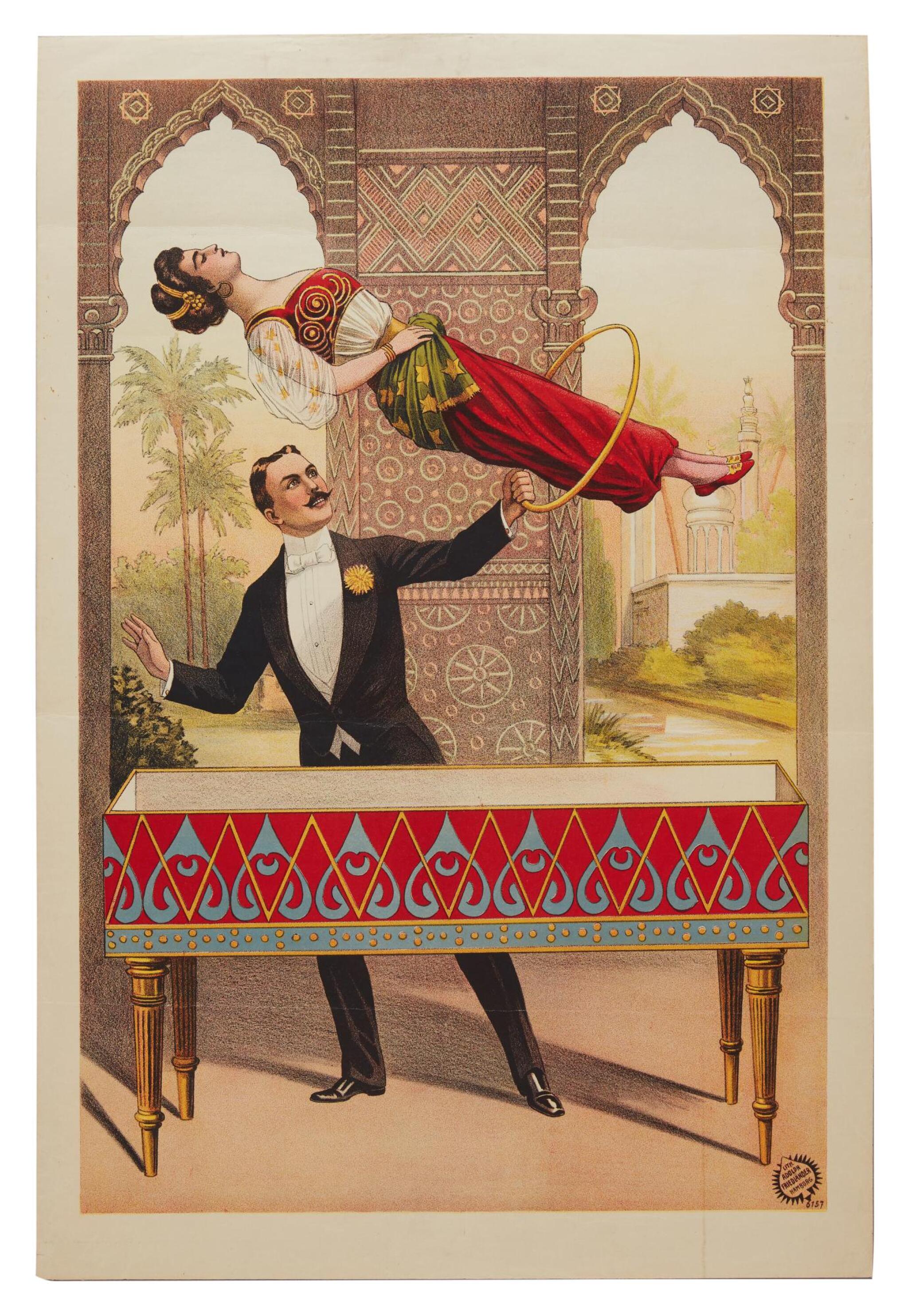 A handsome Friedländer stock poster featuring an archetypal magician in evening clothes levitating his lovely assistant before a background of two polylobed Western Islamic arches. "Printers also created what are known as 'stock posters,' which quickly became popular at the turn of the century. By writing their name in the blank space on these preprinted posters, illusionists could immediately procure the exact number of posters needed to promote their show, at a nominal cost. These colourful attractive posters mainly depicted the basic tricks performed by most magicians" (Illusions, p. 170).