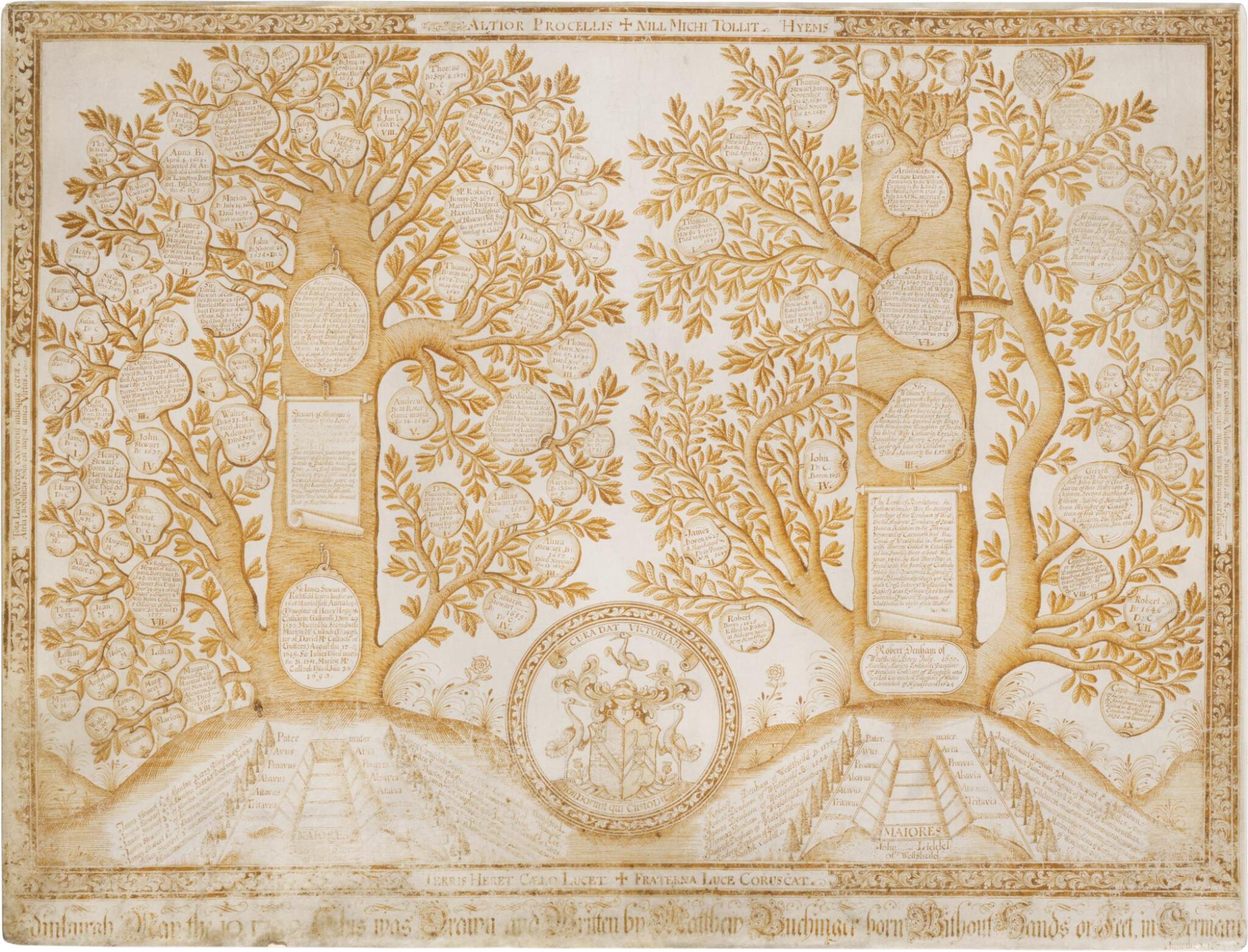 Manuscript on vellum (305 x 402 mm), Edinburgh, 10 May 1729; some rubbing, most noticeably at left margin and lower left corner, the account of the origins of the Stewart family possibly rewritten in a slightly later, less confident hand. Matted, framed, and glazed with Plexiglas.

This extraordinarily detailed calligraphic manuscript commemorates the marriage of Sir Thomas Stewart and his second wife, Susanna Denham, on 14 March 1677, with two distinct family trees separated by an elaborate coat of arms, all within an ornamental border incorporating Latin mottoes. Featuring much more text than any of his other calligraphic manuscripts, this "largest and most elaborate of Buchinger's trees" chronicles not only the union of these two prominent families but also the histories of their ancestors. Buchinger signed, dated, and localized the manuscript in a semi-Gothic hand at the lower margin, "Edinburgh May 10 1729. This was Drawn and Written by Matthew Buchinger born Without Hands or Feet, in Germany June the 3. 1674."