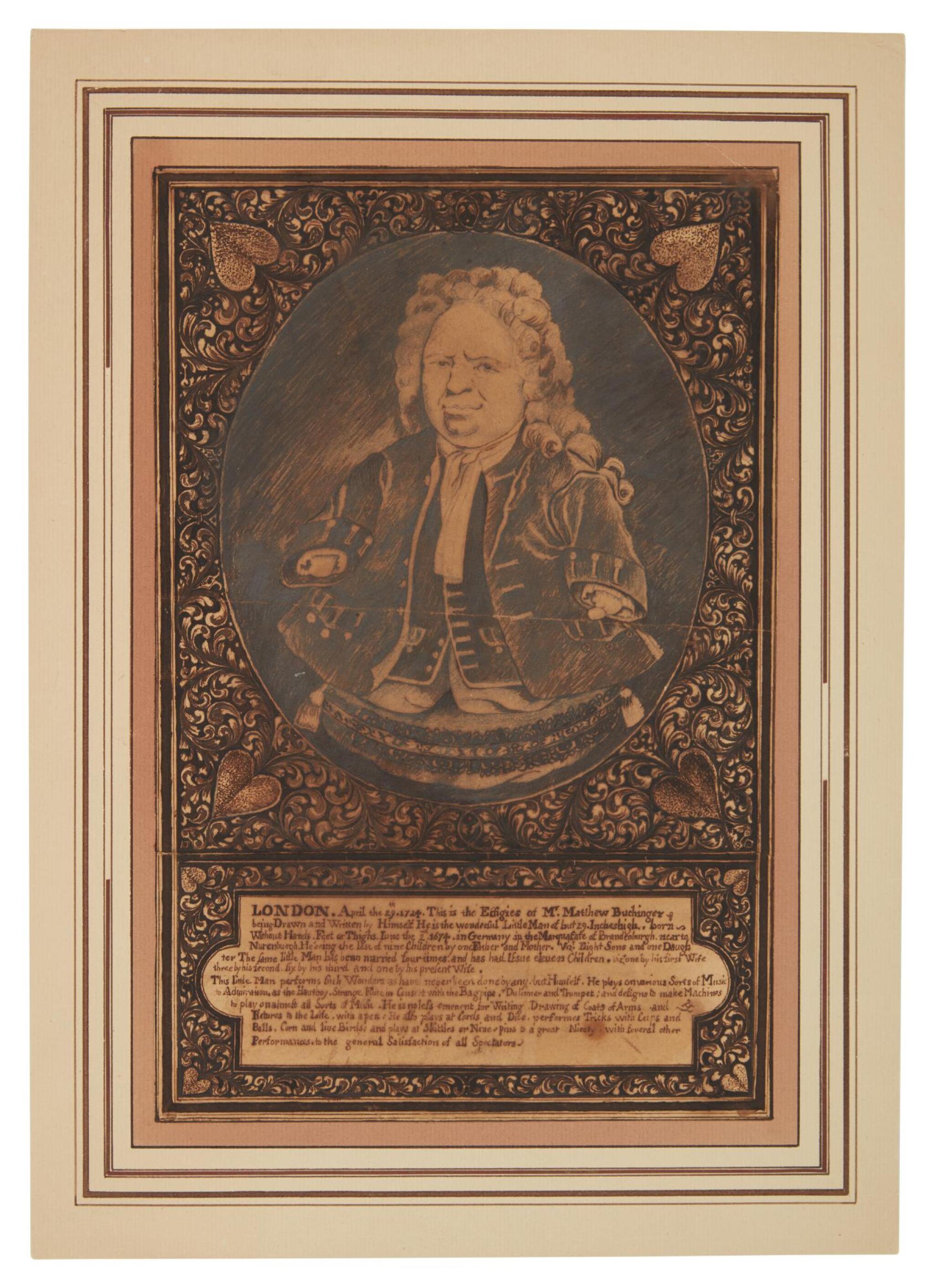 This is the Effigies of Mr. Matthew Buchinger being Drawn and Written by Himself. London, 29 April 1724

Holy Grail, White Whale. Ricky Jay pursued this drawing for over two decades, hopeful that it would prove to be an original preliminary drawing for the celebrated engraving "This is the Effigies of Mr. Matthew Buchinger being Drawn and Written by Himself." Conservation labs at two major institutions, one on the west coast, one on the east, reached different conclusions. Jay seems to have made peace with the fact that the present mysterious production was a forgery—or at least a creation by someone other than Buchinger. But the image continued to resonate deeply with him, and while it was not included in the exhibition at the Metropolitan Museum of Art in 2016 ("Wordplay: Matthias Buchinger's Drawings from the Collection of Ricky Jay"), Jay wrote about it extensively in the accompany publication, Matthias Buchinger: "The Greatest German Living" (Los Angeles: Siglio, 2016).