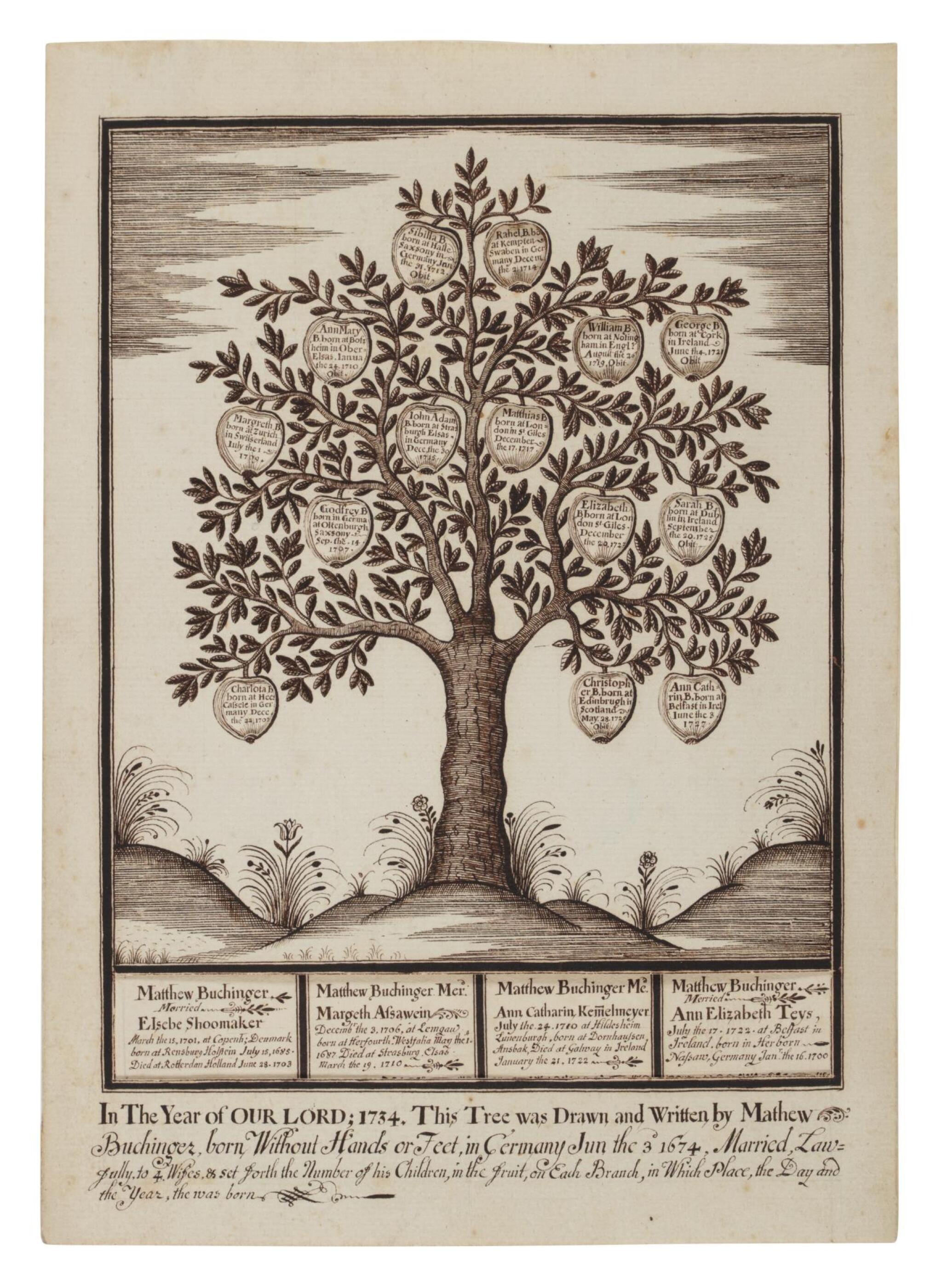 Buchinger's own family tree is one of his most attractive, demonstrating his incredible skill with a knife or scissors in addition to his calligraphy. This manuscript is also in the finest possible state of preservation, as fresh as the day Buchinger set down his pen after completing it.

The Buchinger family tree is captioned on the top sheet below the ruled border: "In The Year of Our Lord 1734. This Tree was Drawn and Written by Mathew Buchinger, born Without Hands or Feet, In Germany Jun the 3d 1674, Married Lawfully to 4. Wife, & set forth the Number of his Children, in the fruit, on Each Branch, in Which Place, the Day and the Year, the was born."

A large cutout window on the top sheet reveals the record of Buchinger's four marriages, to Elsebe Shoomaker, 15 March 1701; Margeth Assawein, 3 December 1706; Ann Catharin Kemmelmeyer, 24 July 1710; and Ann Elizabeth Teys, 17 July 1722. The birth dates and places of each of his wives are also noted, as are the death dates and places of the first three (fine decorative designs below each of these entries remain hidden by the upper sheet of paper). This top sheet additionally has fourteen cutouts that disclose the births of Buchinger's fourteen children, which are also detailed on the second sheet. The children by each wife are suspended from four separate branches: one by Elsebe, three by Margeth, six by Ann Catharin, and four by Ann Elizabeth.