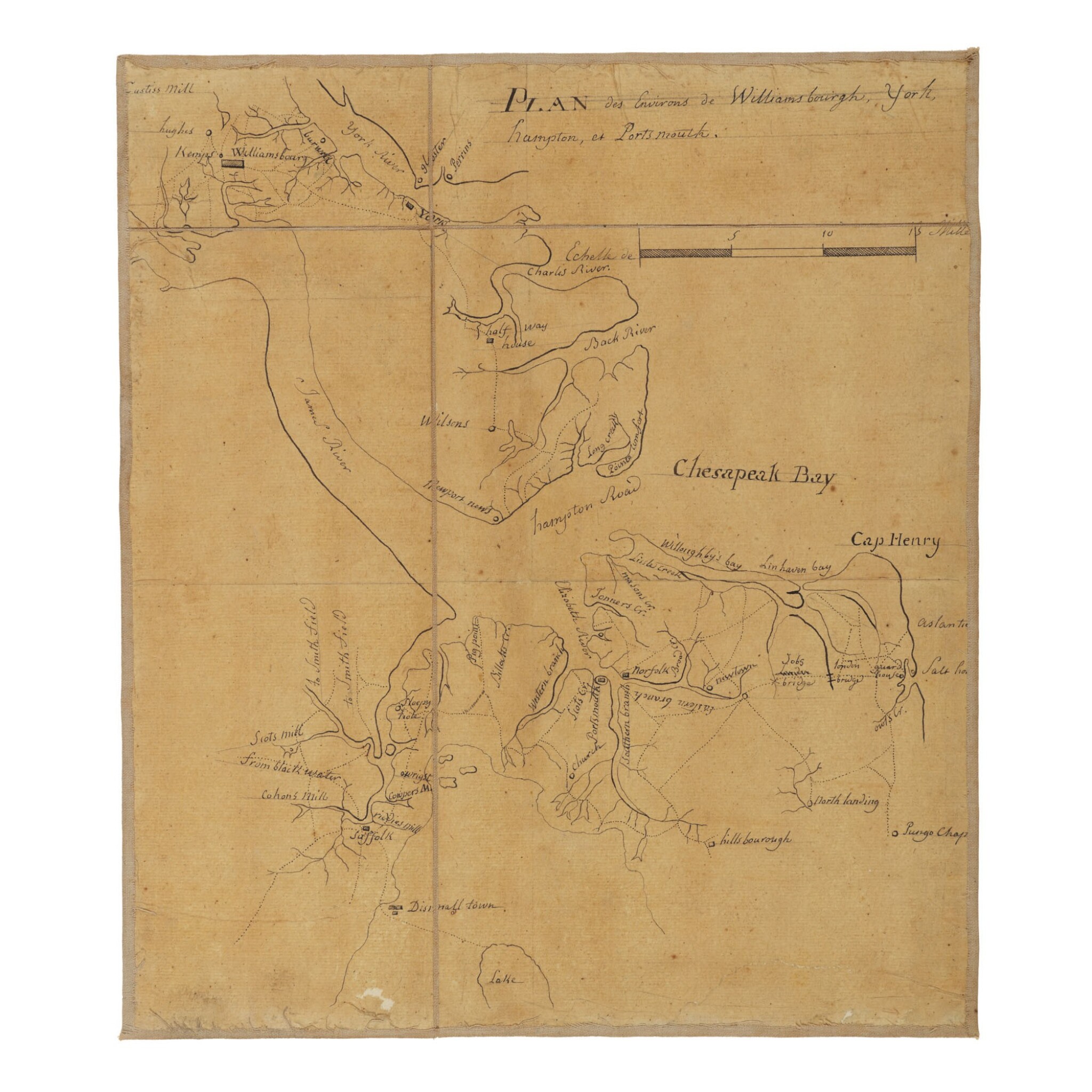 A vital cartographical relic prepared by French topographical engineers for the Comte de Rochambeau, commander-in-chief of the French Expeditionary Force, during the Yorktown campaign.

In July 1781, generals Washington and Rochambeau, who had waited nearly a year to coordinate their armies, turned their attention from New York City to begin the momentous march to Virginia that would culminate in the siege of Yorktown and surrender of Lord Cornwallis. The campaign was captured in a series of brilliant manuscript maps and plans made by Rochambeau's cartographical officers (one of the many deficiencies of Washington's Continental Army was the lack of skilled topographers). Rochambeau retained these maps after the war and they all remained in his family until 1883, when his descendants sold a large number to the Library of Congress. Paul Mellon acquired another tranche of Rochambeau's maps in 1956, which he subsequently gave to Yale University. The present map, with a handful of others (mostly of New York) remained in the family until their sale five years ago.

While unsigned, the present map has been attributed to Jean-Nicolas Desandrouins, a French military engineer who served in North America in both the French and Indian War and the American Revolution and commanded the French Royal Engineers under Rochambeau. The map depicts part of the entrance to Chesapeake Bay (the area encompassing Hampton Roads) from Cape Henry to Williamsburg, with the various inlets off the James and York rivers, as well as roads, bridges, mills, churches, a salt deposit, and other landmarks, almost all of which are identified in English.

NOTWITHSTANDING THIS REPORT OR ANY DISCUSSIONS CONCERNING CONDITION OF A LOT, ALL LOTS ARE OFFERED AND SOLD "AS IS" IN ACCORDANCE WITH THE CONDITIONS OF SALE PRINTED IN THE CATALOGUE..