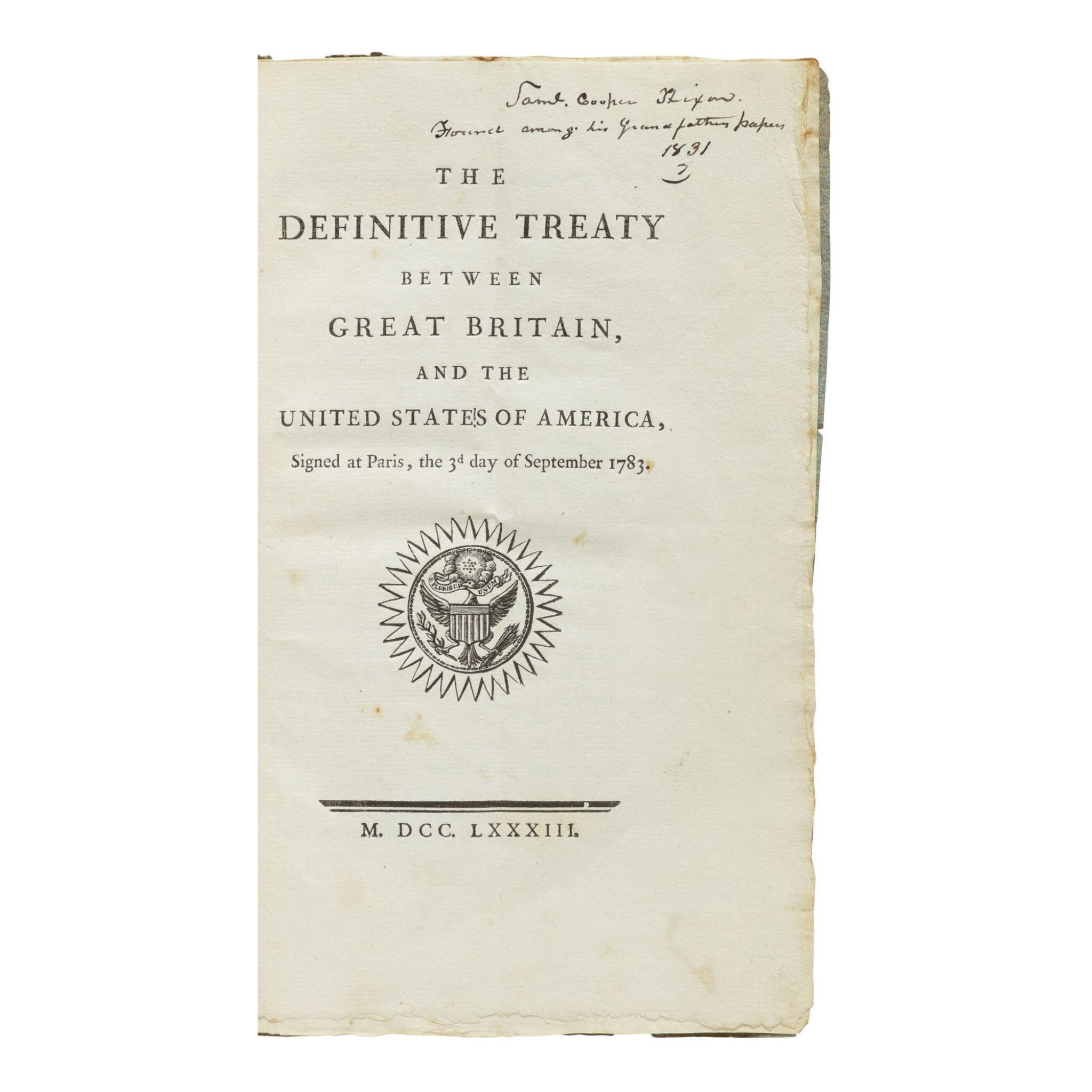 Waiting for auctioneer to open lot

Waiting for auctioneer to open lot

The Definitive Treaty between Great Britain and the United States of America, Signed at Paris, the 3d day of September 1783. [Paris: Philip Denis Pierres for Benjamin Franklin], 1783

Additional terms of the treaty comprised removal of British troops from American soil, with the boundaries being set on the west by the Mississippi and on the south by Florida; fishing rights within British North American waters; and guaranty against legal obstacles for the collection of private pre-war debts to British creditors. Peace talks between the United States and Great Britain began 12 April 1782 in Paris. Representing the United States at the negotiations was Benjamin Franklin, who was later joined by John Adams, John Jay, Henry Laurens, and Thomas Jefferson. The treaty was signed 3 September 1783 and ratified by Congress 14 January 1784. The ratifications were exchanged 12 May 1784. The title-page features the second appearance in print of the seal of the United States, preceded only by Constitutions des treize États-Unis de l'Amérique, which was published in Paris the same year.

This copy of the Definitive Treaty belonged to the Reverend Samuel Cooper, who signed the front blank in the year of publication (he died on 29 December that same year). Cooper was an influential clergyman who served the Brattle Street Church in Boston. In the foment of the Revolution, "Cooper was at the center of an inner circle consisting of James Otis, John Hancock, James Bowdoin, Joseph Warren, and Samuel Adams, who showed outward respect for governor Thomas Hutchinson at the same time they kept agitation against British policy focused. … When the war erupted, Cooper helped transfer a significant portion of Boston's allegiance from a royal to a republican government" (Frederick V. Mills Sr., in American National Biography). Cooper worked with Franklin to establish a military and diplomatic alliance with France, of which he was New England's most vocal proponent.