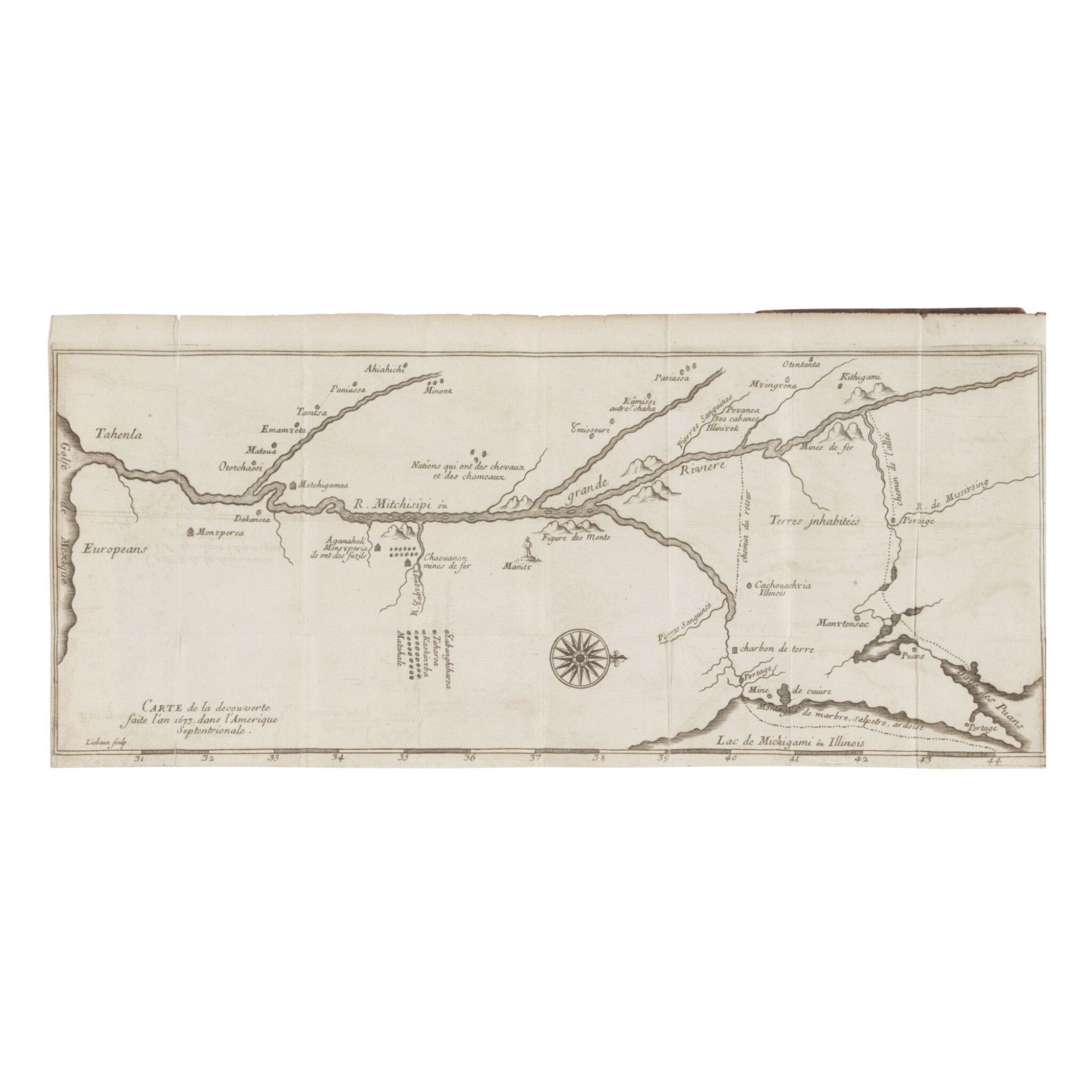 First edition of Thévenot's collection of travel, an essential document in the exploration of the interior of North America. Most notably, the section headed Découverte de quelques pays et nations de l’Amerique septentrionale contains the first publication of Louis Joliet and Father Marquette’s discovery of the Upper Mississippi and its exploration to the Arkansas River in 1673. The accompanying map is the first printed map of the Mississippi River, and includes the first appearance of Lake Michigan, designated "Lao de Michigami," which is the first appearance of that place name in print. The map here is in the third state with the date of 1673, as usual; Burden posits that the first two states (each known in a single copy) were almost certainly proofs.

The other sections of the compilation are of nearly equal interest. The map "Terrre Australe" is based on Tasman's 1644 voyage and is one of the earliest to depict the Australian coastline in detail. This map is also in the third issue, with the Tropic of Capricorn inserted and with the rhumb lines. Most of the plates and illustrations are for Jan Swammerdam's "Cabinet … de toutes sortes d'Insectes," which includes references to insects and scorpions of America.