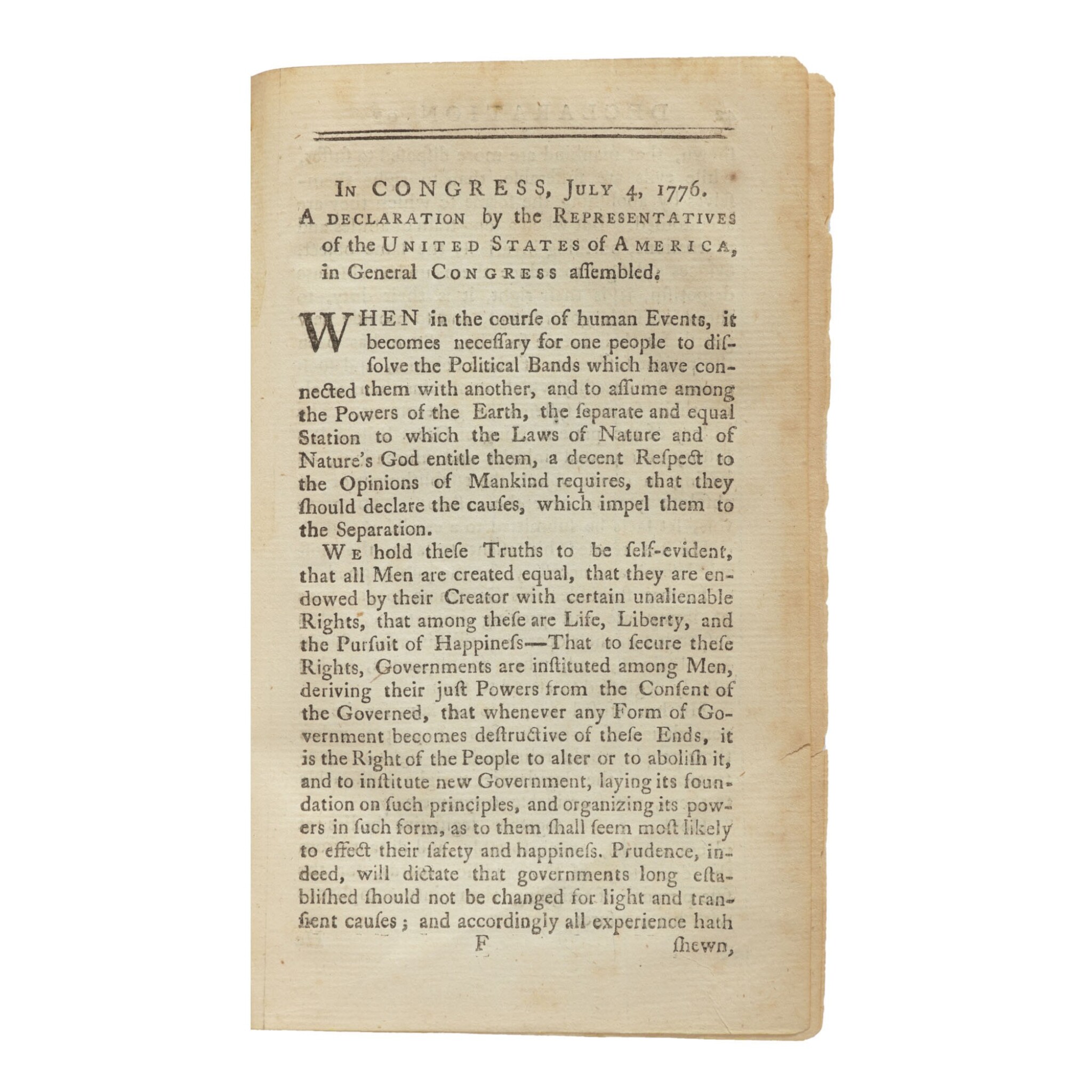 The Declaration of Independence

"In Congress, July 4, 1776. A Declaration by the Representatives of the United States of America, in General Congress assembled," pp. 41–46 in The Genuine Principles of the Ancient Saxon, or English Constitution. Carefully collected from the best Authorities; with some Observations, on their Peculiar Fitness, for the United Colonies in General, and Pennsylvania in Particular. By Demophilus. Philadelphia: Printed, and Sold, by Robert Bell, (July 8,) 1776

Very rare: while there are copies of Genuine Principles in a number of major libraries and historical societies, only three other copies have appeared at auction since the Streeter sale.