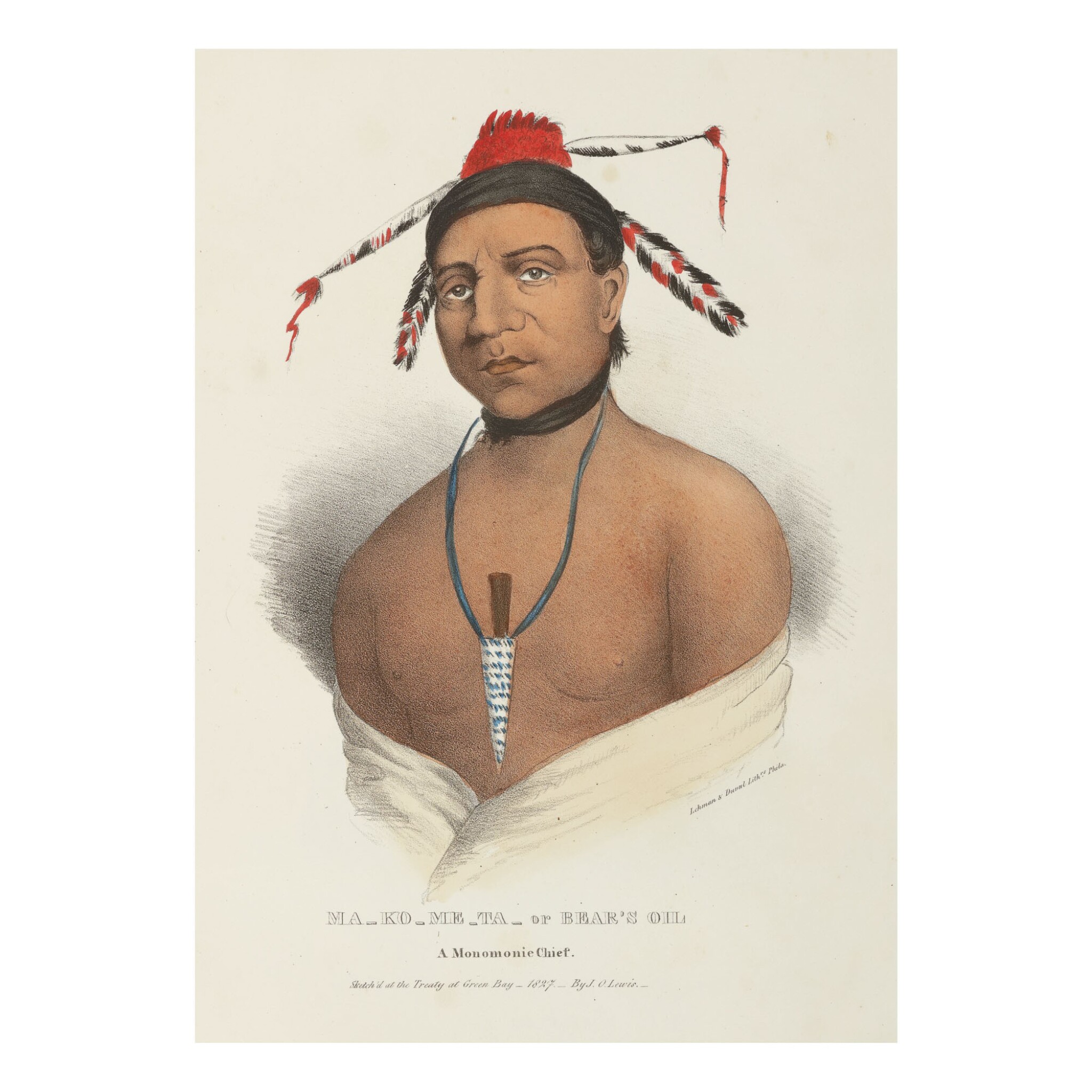 The Aboriginal Port Folio or a Collection of Portraits of the Most Celebrated Chiefs of the North American Indians. Philadelphia: J.O. Lewis [1835–] 1836–1838

One of perhaps half a dozen complete copies.

James O. Lewis was born in Philadelphia in 1799. He moved West as an adolescent and was employed as a painter and engraver in St. Louis by 1820. In 1823 he moved to Detroit, where his first Indian portraits were painted at the request of Gov. Lewis Cass. Lewis accompanied Cass on four treaty expeditions in the Great Lakes region in 1825–27 and found subjects, including Potawatomi, Winnebago, Shawnee, Sioux, Miami, Fox, and Iowa Indians, on all four trips. Most of the memorable images of The Aboriginal Port Folio were painted on these expeditions. Copies of his works were made by Charles Bird King, who later used some of his own versions of the images in the McKenney and Hall portfolio. All of Lewis's paintings were destroyed in the Smithsonian fire of 1865.

The Aboriginal Port Folio was published in Philadelphia by the lithographers George Lehman and Peter S. Duval. The work was issued in parts; and ten parts, each with eight plates, were issued. The interest of subscribers dwindled, however, due to the advancing publication of McKenney and Hall; and the last parts were issued in very small numbers, with nearly two years passing between the appearances of parts nine and ten.

Consequently, while one can find sets made from the first eight parts and thus 64 plates, the nine-part examples with 72 plates are more difficult to acquire, and the complete set compiled from all ten parts with 80 plates is nearly impossible to find.  In addition to the present example, only two other complete sets, with all plates, title and advertisements, have sold in the last forty years.