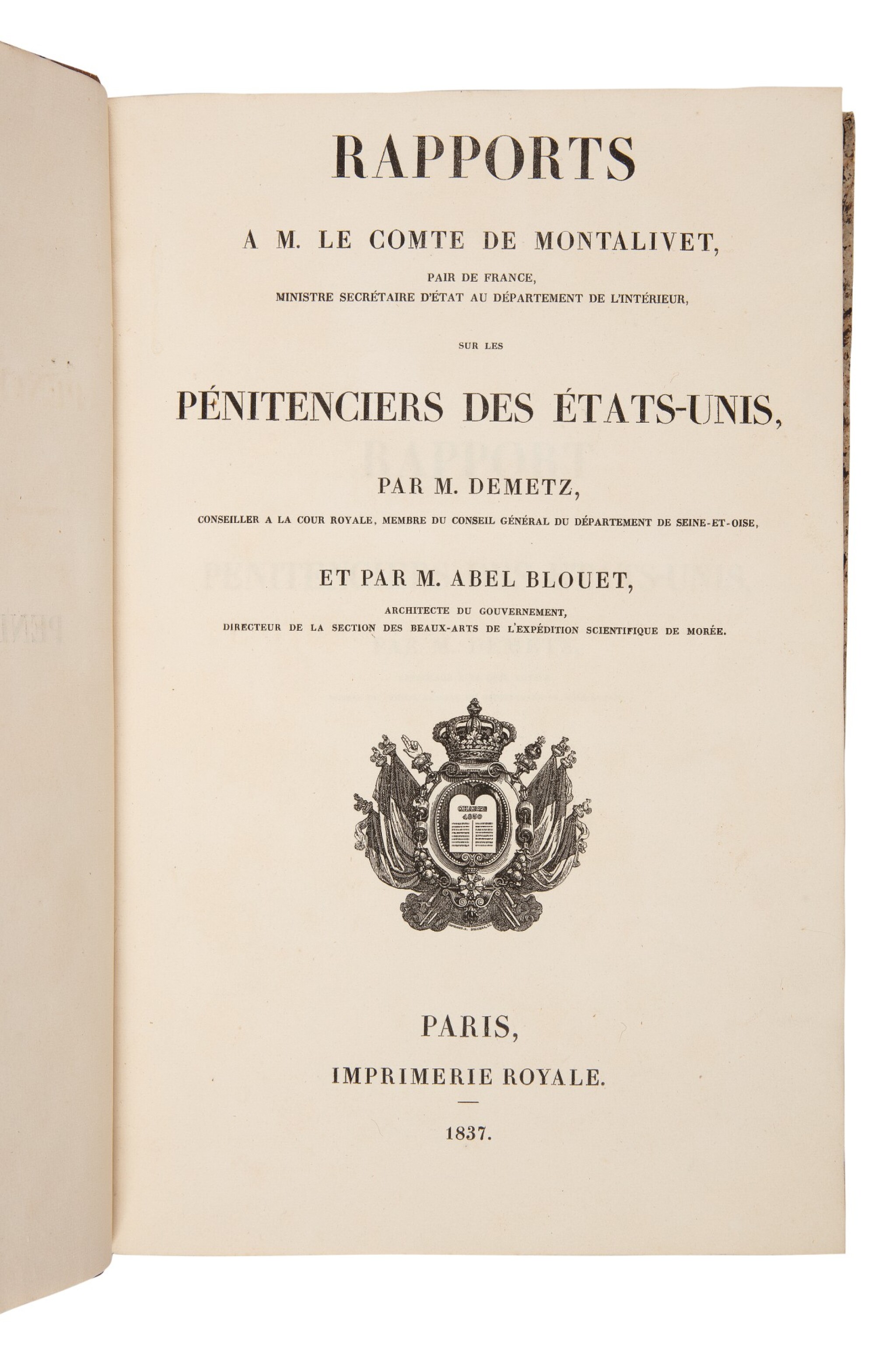 First edition of a highly important study of American prisons and apparently the first European study of American penitentiaries to include extensive illustrations of actual prisons. Demetz’ and Blouet’s reports paved the way for reform of the French penal system and provide a detailed survey of the two opposing trends in penitentiary management in the nineteenth century.

The first, a communitarian system used at the Auburn, New York, prison, had prisoners spending their days in common dining rooms, chapels, shop, and classes, retiring to their own cells only to sleep. The second, a draconian isolationalist method, required that prisoners spend their days alone in their cells, with its goal being to avoid mutual corruption and to provide prisoners with the space and time for reflection and development of new habits.

Demetz and Blouet were sent on a detailed fact-finding mission in 1836. They visited fifteen different state, city, and county jails in the United States and Canada. Demetz’ focus was on sociological and medical details, supplying tables of prisoners’ professions, crimes, and sentences as well as of their behavior, rations, and uniforms. He also provides accounts of their health upon entering prison and after time served. Blouet’s architectural analysis treats the physical layout of the prisons as well as details of ventilation, plumbing, cell doors, and various systems of locks.