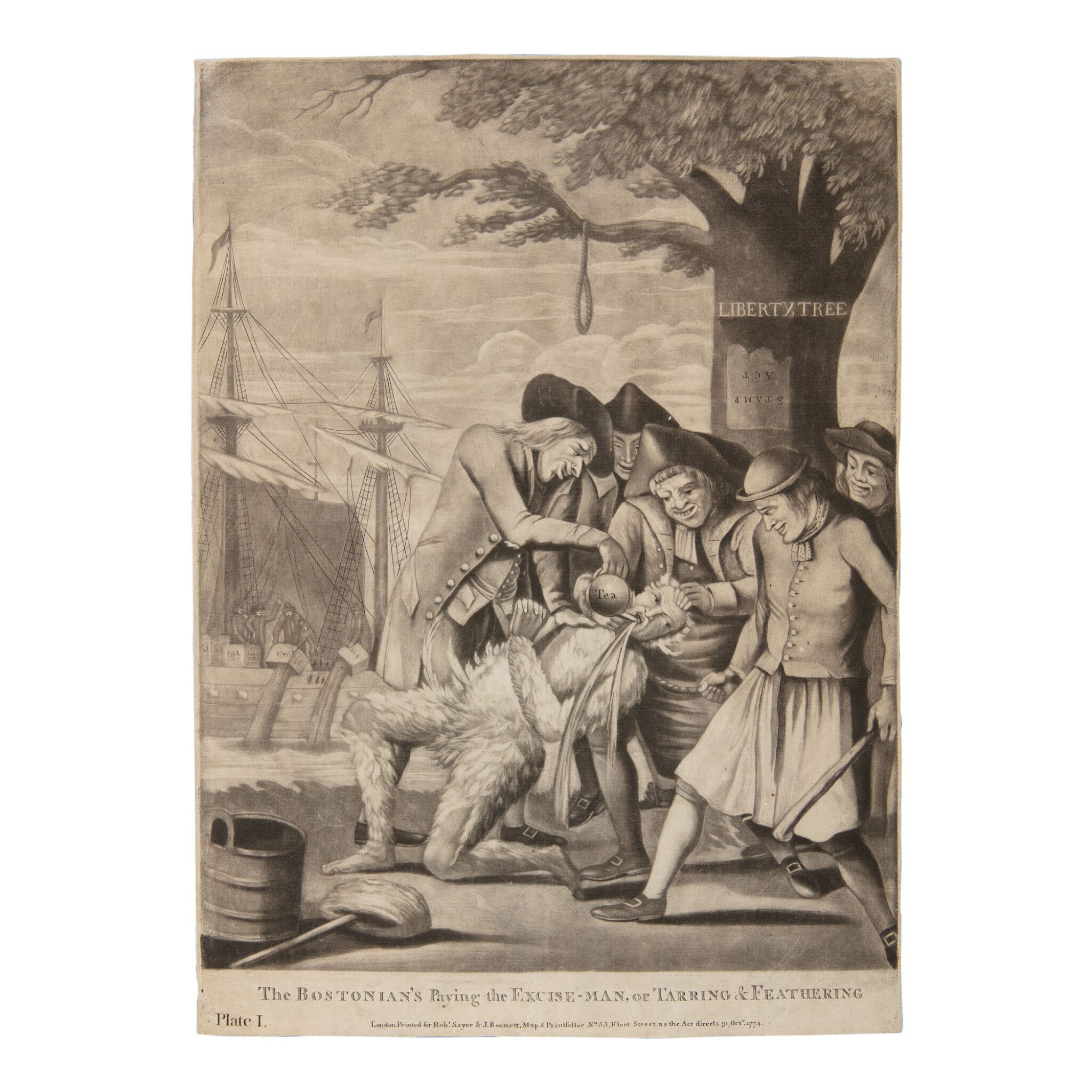 Among the earliest visual depictions of the Boston Tea Party"

One of the most famous political cartoons of the American Revolution, depicting the tarring and feathering of one of the King's excise-men, John Malcomb, by a mob in Boston in January 1774. For dramatic purposes, the cartoon slightly alters chronology, and shows the Boston Tea Party going on in the background. The two events were actually about six weeks apart ... but by the time this cartoon was issued on October 31, 1774, the two outrages against British authority had probably blended together in the public mind. In the print, Malcomb, tarred and feathered, is held down by a group of Bostonians, while one of them forced him to drink tea. A 'Liberty Tree' is above them, with the Stamp Act nailed to it upside down. The left side of the print shows the Tea Party in progress" (Celebration).

Labeled "Plate I" in the lower left corner, this print was the first in a series of five issued by Sayer and Bennett, London engravers and mapmakers.