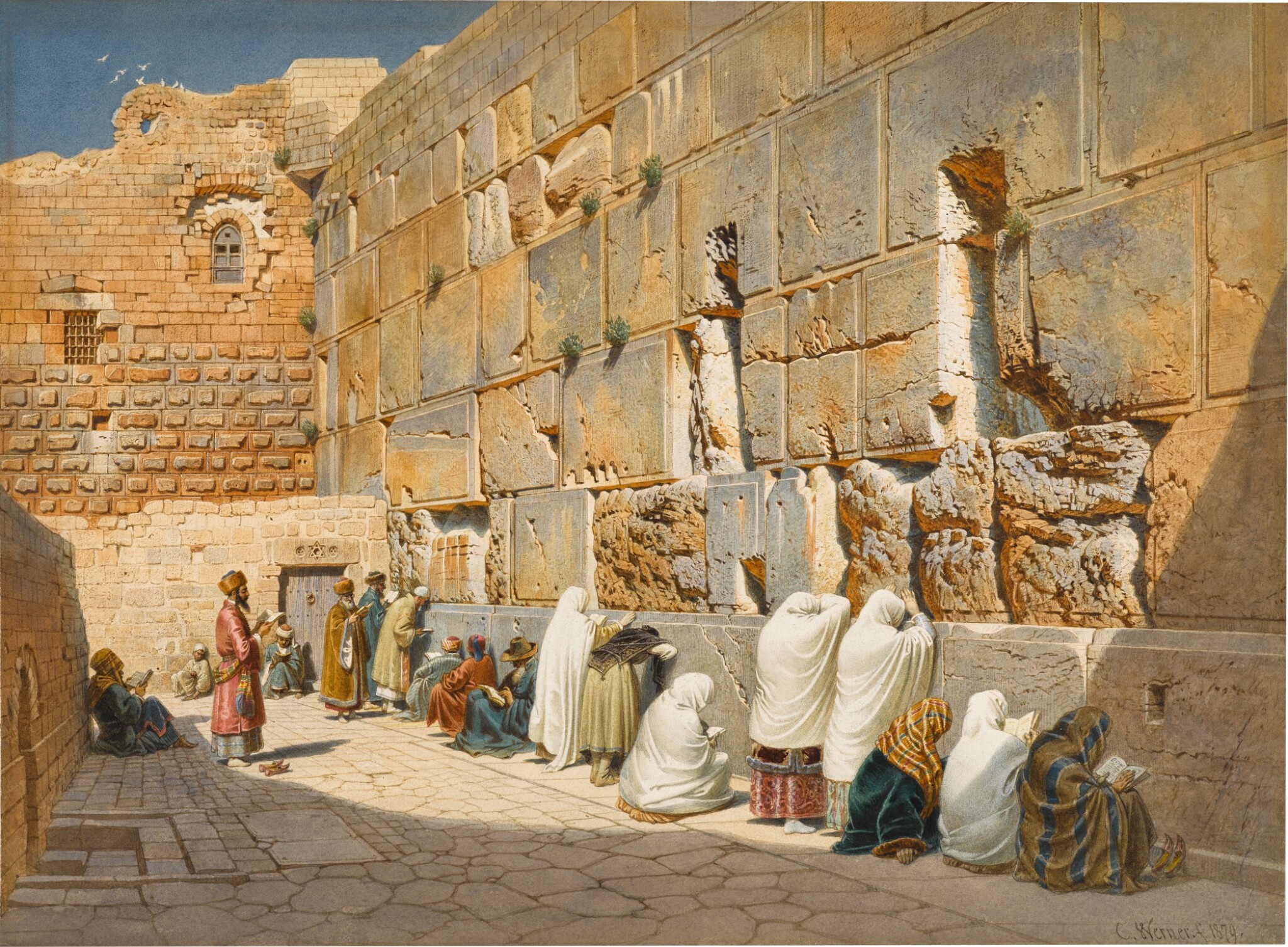 The work is under glass and has been examined out of frame. The sheet is attached to the backboard on the reverse. The work is in excellent condition, ready to hang.

This composition ranks among Werner's best known views, popularised as a lithograph in his album of 31 colour plates, Jerusalem, Bethlehem, and the Holy Places, published in London in 1865. Werner travelled to Palestine in 1862, and while the published lithograph was copied from an earlier watercolour from 1863, the success of the album no doubt led to later commissions in watercolour, including the present work dated 1879. Werner, like his compatriot Carl Haag, enjoyed great success as a meticulous observer of the Middle East, his watercolours meeting with particular acclaim in England, where he regularly exhibited at the New Watercolour Society.

In this timeless view, members of the Jewish and Muslims faiths worship or pay their respects before the Western Wall, or Buraq Wall, in the Old City of Jerusalem, sacred to Judaism and Islam alike. The visible part of the wall is just an exposed segment of a far longer retaining wall originally erected as part of the expansion of the Second Jewish Temple begun by Herod the Great, which resulted in the encasement of the natural hill known to Jews and Christians as the Temple Mount, into a huge rectangular platform, the site of the Temple itself.

Today, the mount is occupied by the Dome of the Rock and by the Al-Aqsa mosque. The Western Wall's holiness in Judaism derives from its proximity to the Temple Mount, being considered the closest of the four retaining walls to the former Holy of Holies. In Muslim tradition, the wall is the site where the Prophet Mohamed tied his winged steed, al-Buraq, on his night journey to Jerusalem before ascending to paradise, and today constitutes the western border of al-Haram al-Sharif, the Noble Sanctuary of the Al-Aqsa Mosque.