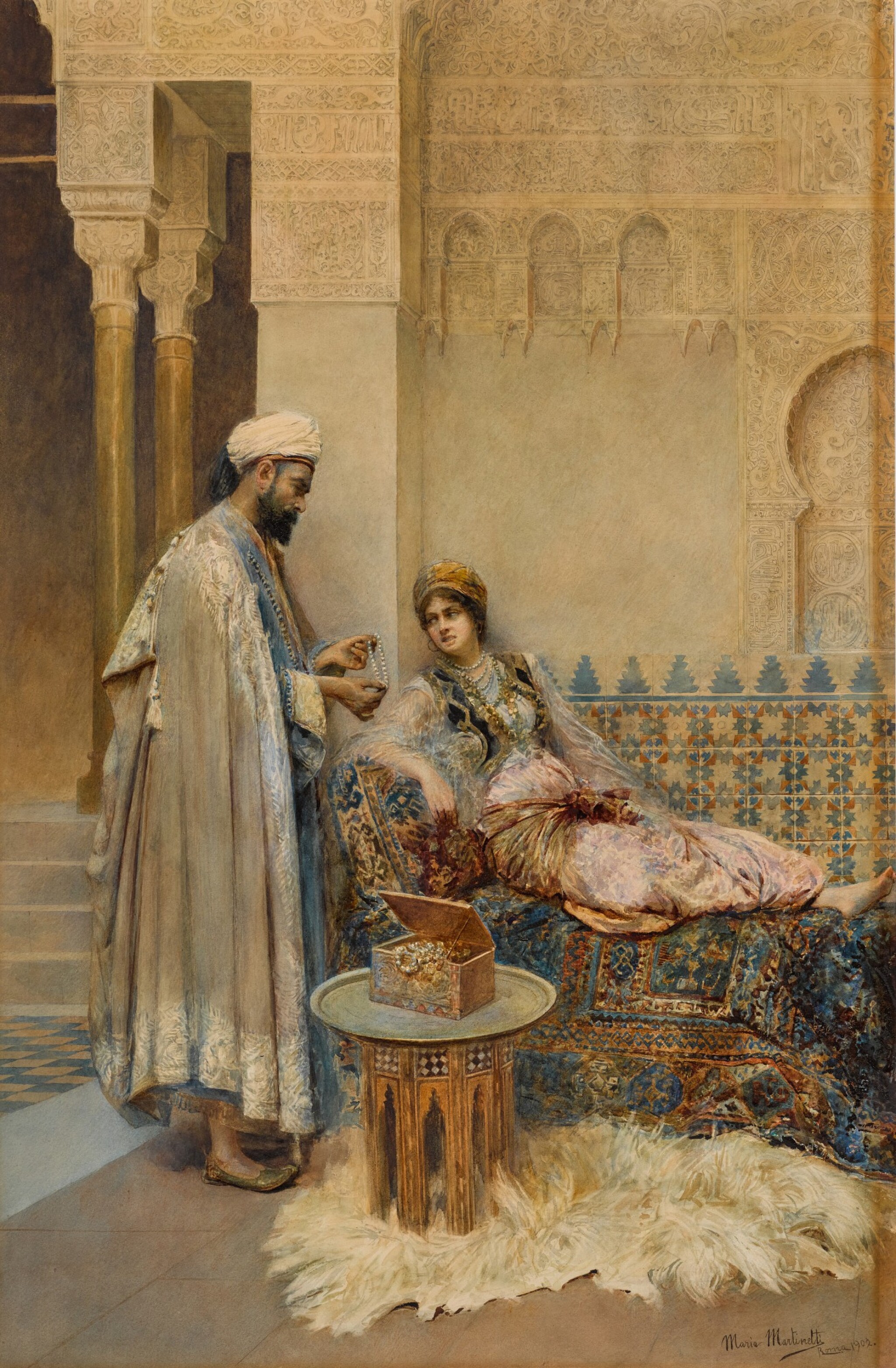 watercolour and gouache on paper

Martinetti’s father, Domenico Altrocchi, emigrated to New York as a young man, settling in the Hudson valley with his wife. They had four children, Maria, Giovanni, Lucia and Nicola; however due to his wife’s fragile health, Altrocchi moved his family back to Italy for the warmer climate. There, Altrocchi set up a music school in Florence. Maria studied at the Accademia di Belle Arti di Roma at a time when Orientalism as a genre was at the height of popularity among Italian artists. She developed a strong interest in Arab culture and, with the help of her close friend, the Orientalist painter Gustavo Simoni, was able to access photographs, sketches and Islamic objects which she used to work up her finely detailed compositions of life in North Africa. She married fellow artist Giacomo Martinetti and became a member of the Società degli Amatori e Cultori di Belle Arti. However, she always retained a close connection to America: she enjoyed the patronage of numerous American collectors, for several years she shared a studio with the Boston sculptor William Wetmore Story in Rome, and eventually emigrated to America in 1890.