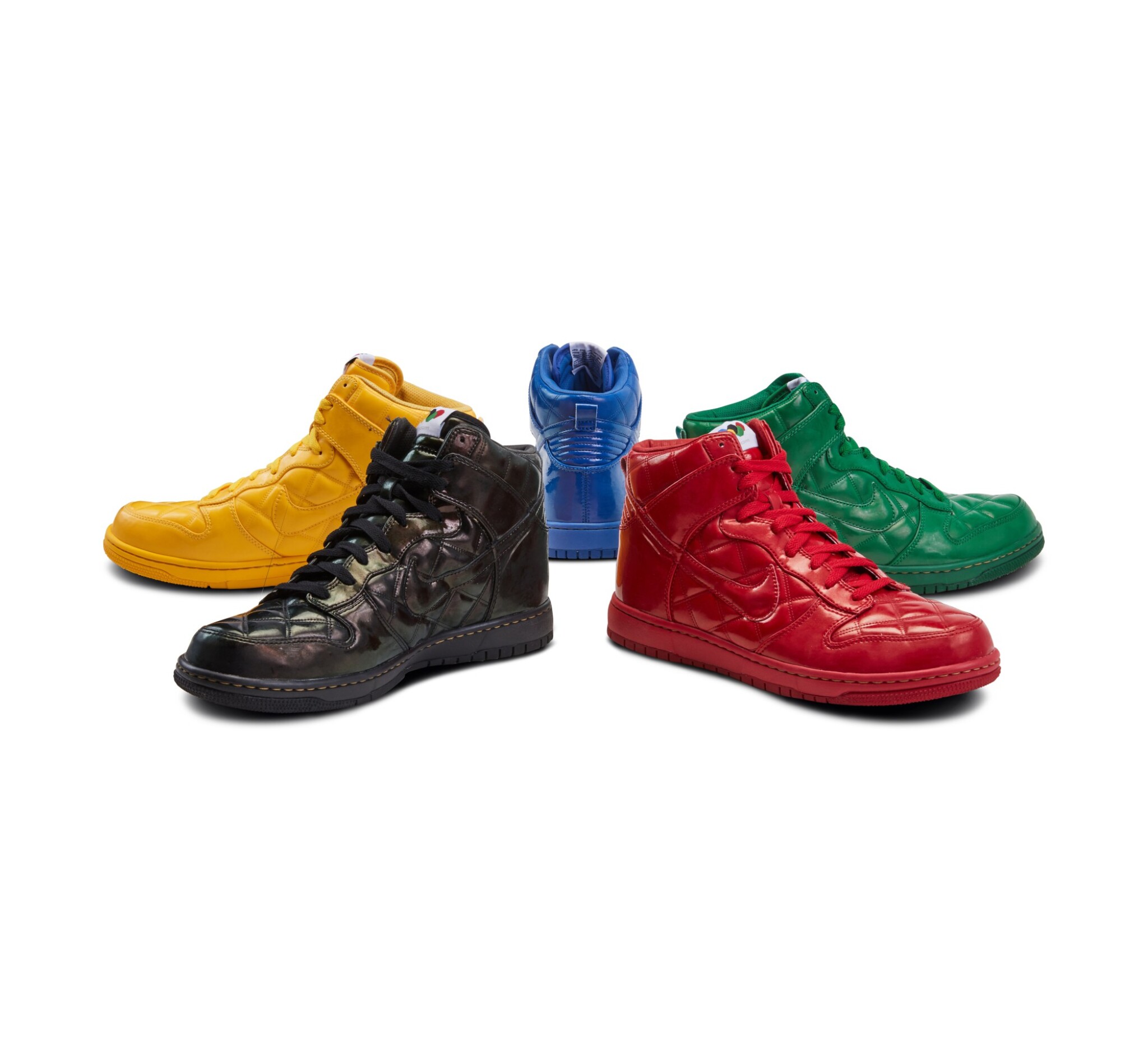 The sneakers are in deadstock condition and come with the original box, they do not show signs of wear.

This collection of Nike Dunk Highs was released in 2008, celebrating the Summer Olympic Games in Beijing, China. The color scheme of the set is inspired by the Olympic Rings, with each of the five colors represented in monochromatic builds with premium patent leather quilted uppers and stitched detailing throughout. There was also a White pair, which is not included in this set. The Olympic Octagon pack was a Quickstrike release and were not sold together. Collectors assembled the complete sets, making this a rare and highly coveted grouping of Nike Dunks.

Originally released in 1985 Dunks have become one of the most iconic sneaker styles of all time and a blank canvas for design inspiration. Though the first Dunks were created for basketball, their popularity with skaters led to the launch of the SB line in 2002.